When the curtains opened on the stage at the Holy Family School, 5-year-old Nya Henry was surrounded by smoke that went with the fire in her eyes from the excitement of performing for the first time. She was a kindergartener, front and center on stage dancing for middle schoolers. She felt different, confident and from that moment, she fell in love with dancing and performing. Today, as a 20-year-old, Henry recalled of that experience, “I just never stopped after that.”

Henry is currently a junior at SUNY New Paltz and wants to share her passion for dancing and performing. Although there are other dance teams on campus, she wants to introduce something new. Due to her passion, she created a majorette based dance team called, N’fusion.

Majorette dancing is typically found in historically Black colleges and universities. In 1970, a dancer named Shirley Middleton met with the president, Dr. John A. Peoples, at her school Jackson State University, and initiated the change of majorette dancing from being revolved around using batons to dancing to musical selections in the form of a grandstand. The grandstand consists of pop-locking arms, pelvic thrusts called bucking, line formations, high kicks, call and response and more. There is no other known team in SUNY New Paltz that incorporates this dance style in their choreography.

“There’s so much more to majorette; they have hip hop, the blues, and jazz. They create stories, and I want every dance to have some type of story,” says Henry.

Although N’fusion is majorette based, it is not exclusive to only that dance style. In fact, Henry named the team N’fusion based on the definition of the word infusion, which is defined as the act of adding one thing to another to make it stronger or better. “We’re infused with more things than you can imagine and more dance styles,” says Henry.  Members of N’fusion also infuse their different individual ideas and choreography and use it to teach and challenge each other.

While N’fusion is not recognized as a SUNY New Paltz dance team, they still generate a following on campus. They continuously expand their presence at SUNY New Paltz through their performances, networking, with other teams and through posting on Instagram. “We’re very big on using Instagram, we always try to have it constantly going even if people may think it’s annoying,” says Henry. N’fusion is not recognized on campus yet because when they started, they weren’t chartered through Student Association, who is responsible for approving and funding student clubs and teams. They began as a group of dancers that just wanted to express themselves. Now, N’fusion is hoping to become recognized on campus by presenting and receiving approval from Student Association.

N’fusion currently has 11 members. It was not hard for Henry to find people that were willing to join her team. There are four freshmen, five sophomores and two juniors. Henry found the freshmen through mutual friends that told her about new dancers on campus who wanted to join a team. She messaged them on Instagram and told them her plans. “The other members already danced with me or saw my potential and just supported me,” says Henry. Although she assembled the team, Henry considers them to be the founders as well.

Henry is the president but she gives all members the opportunity to share their ideas and make them come to life. She believes that there is no I in team and rather than creating all the pieces herself and telling them what to do all the time, she gives them the space to create and choose how they want to execute it. “It isn’t always my ideas that goes or one person’s idea that goes, we all compromise,” says Henry. She wants the members of N’fusion to build confidence and trust in their talent.

“We try to get everything done all the time, instead of leaving it hanging and finishing it tomorrow when we could use that time for more things like getting to know each other.”

Henry’s personal style of choreography is inspired by listening to music and scenarios from daily life. Also, she watches dance videos from different genres and puts her own twist on the moves and applies it to other genres. The different styles of choreography from Henry and her team members have caused them to receive standing ovations at the annual SMACC show in November 2019 and the annual Envied Fashion show in December 2019. It has caused more organizations to reach out to them for the Spring 2020 semester in which they will be performing at more events.

Henry hopes that N’fusion will have a legacy. Although the team is based on dance and performing, she wants the team to feel like a family. Their practices consist of having a good time but getting the work done at the same time. Henry says, “We try to get everything done all the time, instead of leaving it hanging and finishing it tomorrow when we could use that time for more things like getting to know each other.”

With the hope that the team will become recognized at SUNY New Paltz, Henry is motivated to bring a different dance style and expand the community’s interest.

Samantha King is a fourth-year student majoring in journalism with a sociology minor from Brooklyn, New York. In her spare time, she enjoys listening to music and hanging out with loved ones. She aspires to write features for Essence magazine.

Fri Mar 6 , 2020
By Takura Sophia-Blase As many people are probably aware, the New Paltz region is home to some gorgeous mountain ranges. What they may not know is that these ranges attract a lot of avid rock climbers from around the globe. One such climber was so drawn to New Paltz and […] 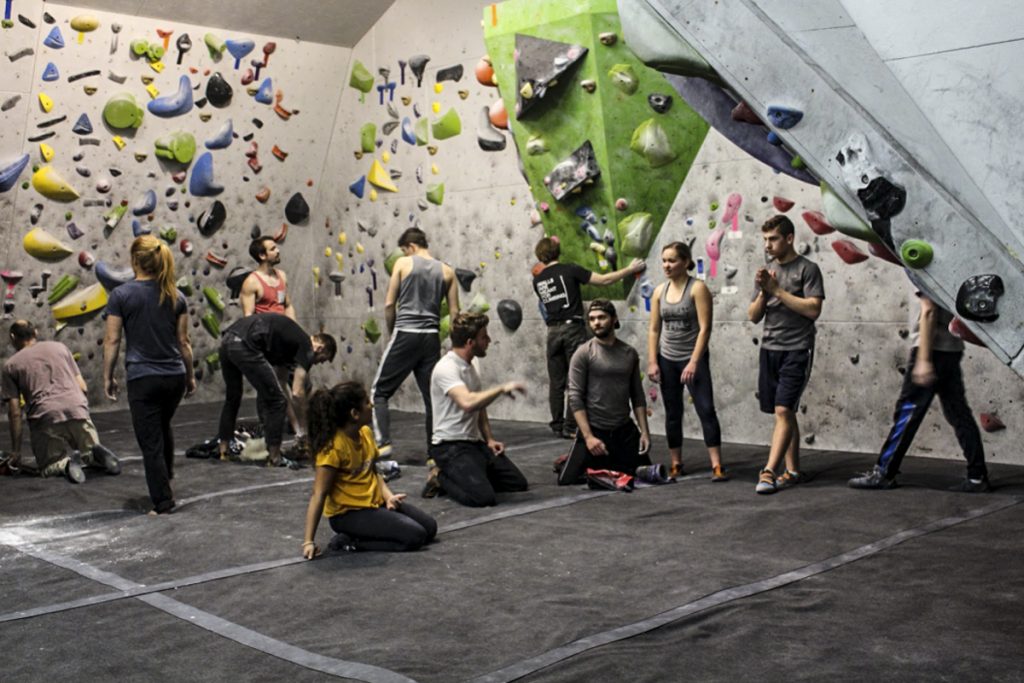