Edited and Packaged by Richie Monarch 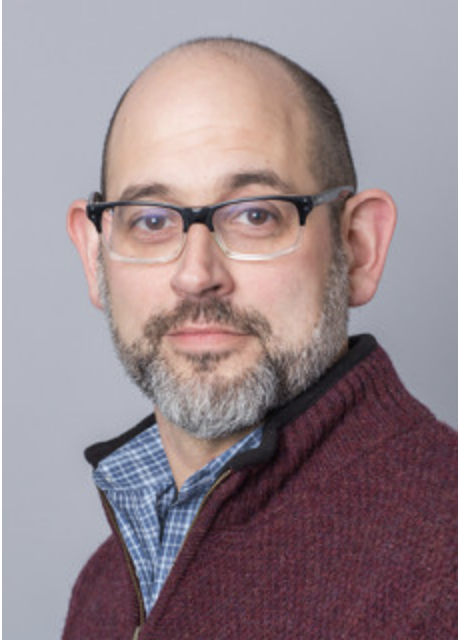 Ken Goldstein is the chair of the Department of Theatre Arts and assistant professor of set design at SUNY New Paltz. Goldstein started at New Paltz as a professor in 2010, advancing to chair in 2017. He worked closely with students in his department on their latest show, “In the Time of the Butterflies,” for two weekends in October. It marked the first show of the 2019-20 Main stage series, with three different productions still remaining this school year. Goldstein spoke about the success of New Paltz’s theatre department, his personal endeavors in set design, and why behind-the-scenes roles are crucial in production.

What is your position at New Paltz and what are you working on outside of school?

I teach classes and work with students on the productions to help facilitate productions and mentor them through their role/assignment on the productions. I’m also the chair of the department, which deals with overseeing production season and dealing with company management, people’s travel and residency, and how contracts get processed. I make sure people who are supposed to get paid are getting paid and the things we’re planning on doing are getting done. The two larger service obligations I have right now are the reaccreditation process and Diversity and Inclusion Council. As a human being, I’m still a set designer. I’m designing four projects for a cruise line for productions on one cruise ship, a new ship that’s being built. I have a couple other projects on the cruise lines that are constantly evolving that I help the producer keep up with. There are stories I believe should be told and I want to tell them.

What was the set design process like for “In the Time of the Butterflies”?

The process started with Estefania, the director, and I talking with the other designers about the play. What story are we trying to tell? Who are the characters? What are the circumstances of their emotional and physical life? In terms of the process, it’s never as linear as it sounds, but you start by reading the play to digest and really understand the text and what it’s trying to say. I like to start with research. For “In the Time of the Butterflies,” it was important for me to get a sense of the particular time and place of this play and do some pretty specific historical research to get a sense of what things look like. Really good visual research smells like the play and sounds like the play and you get a real emotional connection. When it’s much more than just what something looks like, it really captures the nuance of a particular world. 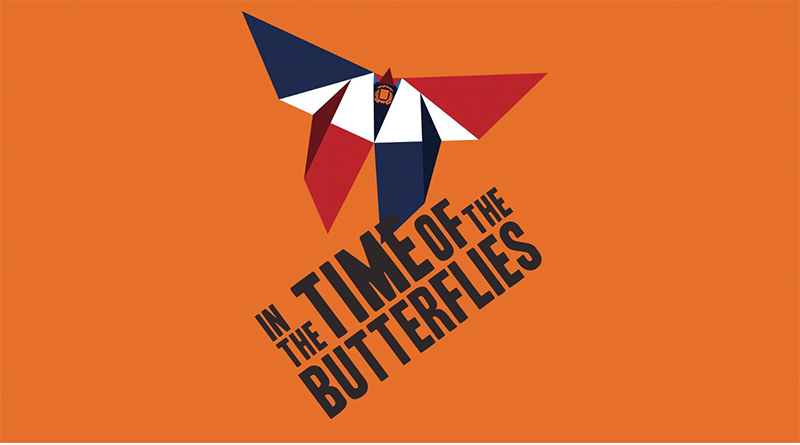 “In The Time Of The Butterflies” Poster

What makes set design such an important piece of the final product when such details sometimes go unnoticed by audience members?

Fundamentally, I think there are no rules. Different scenic solutions work for different kinds of plays. There are times when it helps for a set to just be eye candy, if it helps tell the story in that moment. There’s something great about there being something really full of energy, full of spectacle, full of life. But that would be totally inappropriate in “In the Time of the Butterflies.” What works is when it feels like another character that fits into the world of that moment on stage. It’s helping the other characters, whether they’re actors atmospheric things like lights or sound or costume, it is serving the text the same way that good acting does, which I think is by being an evocative voice as opposed to a descriptive voice that answers too many questions. When imagination takes over, it’s the most effective kind of storytelling.

What exactly does set design entail?

We’re visual storytellers and environmental and experiential storytellers. The idea is to try to create a space and environment that helps further the storytelling. That not only gives us a sense of the given circumstances of the play, but really is evocative of the world of the play and the world of the characters. It allows the text to really come to life through space and through action and through composition in movement in a physical space whether that’s a theatre or not. I think as a designer, my responsibility is to collaborate with the director and the other designers but also facilitate the execution of that space. About one-third of the time is in pre-production and creation of the design itself. About one-third of the time is the creation of the documentation and process that it actually takes to execute and produce the piece and supervise that production. About one-third of the time is kind of pulling it all together. It takes a real interaction to get those pieces to all come together.

What do you ultimately aim for as an educator in theatre arts?

Our goal as a department is first and foremost to make it an educational experience for the students, to provide training and education for not only students of the department, but the campus community. I’m not engaged in my work here for artistic satisfaction. I’m here to help nurture and mentor the generation of theatre artists. It may sound trite, but I feel like when I look into our students in the classroom, they’re the next generation of American theatre. That’s why I do shows here: to help them prepare to do their own work. The artistic journey has to come second to the educational journey.

Mon Mar 2 , 2020
By: Monica D’Ippolito, Athletic Communications Director New Paltz, NY – Maddie Van Pelt ended the fall unsatisfied with how her volleyball career ended at the State University of New York at New Paltz. Coming off conference championships in both volleyball and basketball, her final season as a Hawk was all […] 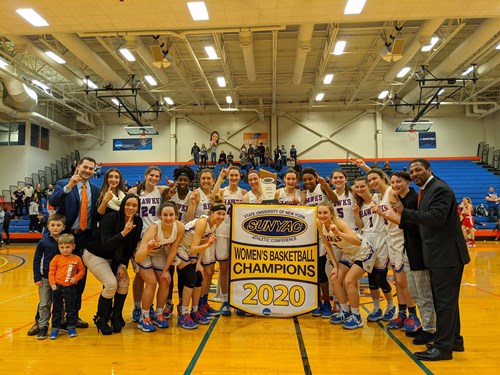