Republished with permission from The Legislative Gazette.

First-time political candidate John Cummings is taking on Alexandria Ocasio-Cortez in New York’s 14th Congressional District – a contest that has drawn national attention, and campaign donations, from Democrats and Republicans alike in one of the most expensive races this election season.

Ocasio-Cortez is a politician who quickly rose to national status after her surprise victory in Congressional District 14. She defeated the longtime incumbent, Democrat Joseph Crowley, to become one of the youngest members of the House of Representatives. Known to many as “AOC,” she sponsored what has become known as “The Green New Deal,” which has made her a polarizing figure in national politics.

Ocasio-Cortez is also a member of  “The Squad,” a group of young, female, progressive Democrats in the House of Representatives.

According to the New York State Board of Elections, nearly 379,000 registered voters reside in the 14th District. It is an overwhelmingly Democratic district, with 225,000 of those being active Democrats. There are 33,000 active Republican voters but nearly 69,000 independent voters in the district.

Cummings is a former NYPD officer and a current high school history teacher, who is running for political office for the first time. Cummings has attacked the congresswoman for her “socialist” leanings, and blamed her for the loss of jobs in her district after she opposed Amazon building a fulfillment center in New York.

According to his campaign website and his page on Ballotpedia, Cummings would focus on education, the economy and health care, if elected. Road and street safety and poor infrastructure are other concerns he has for the district.

Ocasio-Cortez frequently touts her campaign as a “grassroots movement,” and the FEC’s numbers go to support that; out of all of the country’s congressional campaigns, she has raised the third highest amount of money (over $12.5 million) from individual donors. Cummings, on the other hand, is ranked at number 32, having raised only a little over $3 million from individual donors.

Ocasio-Cortez has also been doing a large amount of get-out-to-vote initiatives, not just for herself, but for the entire Democratic ticket. She has held monthly Zoom meetings and even broke entirely new political ground by streaming live on Twitch.tv, a live streaming site that is popular amongst gamers. She played the game Among Us with other Twitch streamers, with the stream having peaked at 400,000 concurrent viewers. Before and during the games she made sure to encourage people to create a voting plan and vote early.

Early voting for the 14th district starts on Oct. 24. Mail in ballots are able to be sent in from then until Nov. 3.

Takura Sophia-Blaise (he/him) is a senior at SUNY New Paltz majoring in journalism and minoring in communications. His mother was born in Germany, his father was born in Haiti, and they met going to Columbia in Queens. Being of mixed heritage inspired him to learn as much about the world as possible.

Four Key Tips for First-Time Voters Ahead of Election Day

Mon Nov 2 , 2020
New Paltz, N.Y.—With the 2020 election season at its forefront, people are anxious to hit the polls and let their voices be heard. For a lot of SUNY New Paltz students, this will be their first time voting. Historically, young adults have usually shied away from placing their votes. According […] 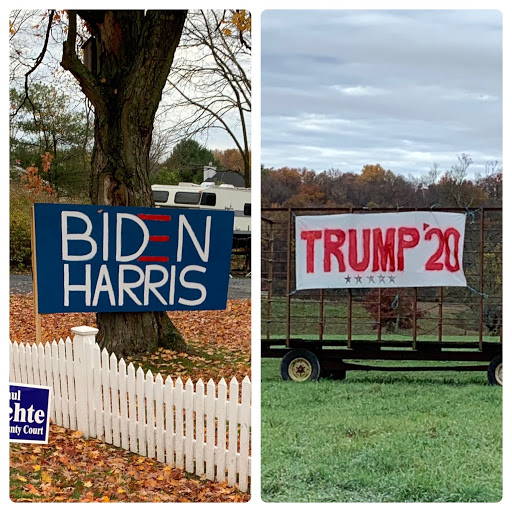