Story by Liat Guvenc Edited and Packaged by Bridget Peschel

On Sept. 20, Jana Bergere attended the SUNY New Paltz Climate Strike. The corners of her lips turned up into a smile when she looked past the podium to a sea of hundreds of people. A year ago, her heart would have been racing and her voice shaking at the thought of speaking in front of such a crowd, but that day, she felt as though energy was flowing through every cell in her body, and the feeling grew stronger with every cheer from the audience.

Bergere is olive-skinned, with green eyes and straight, hazelnut hair. In high school, she was captain of the swim team and co-president of Students for Peace and Survival. Now, she attends New Paltz as a political science major. She works at the Sojourner Truth Library, shelving books and helping students get the resources they need with a close-mouthed smile. She is also co-president of the SUNY New Paltz chapter of the student-led New York Public Interest Research Group (NYPIRG). Bergere works on building electoral power and fighting against fossil fuel infrastructure in the Hudson Valley.

Bergere inherited her passion for politics from her family. Growing up, she listened to her father talk about history and politics over dinner. When Donald Trump was elected president in 2016, Bergere, inspired by her grandfather Pierre, a holocaust survivor, realized that it was her calling to stick up for people.

“Growing up I’ve been very close with my grandfather. We’ve always had a special bond,” Bergere said, teary-eyed and pausing every few words. “He’s always teaching me about everything. After speaking at a rally, my aunt told me ‘Pierre must be so proud of what you do.’ He has definitely influenced my activism.”

Bergere did not always know that activism was her calling. In her freshman year of college, she considered majoring in math or bio-chemical engineering. She took geology and calculus, but found both classes uninteresting and quickly realized that path was not for her.

She eventually changed her major to international relations to try and avoid the stigma surrounding political science majors. However, her friend, role model and fellow NYPIRG activist River Wasserman convinced her to declare her major as political science.

In her second semester at New Paltz, after a NYPIRG representative gave a presentation in her class, Bergere gave them her contact information and put it out of her mind. Eventually, she received a call asking if she could attend the NYPIRG meeting that week. Thinking that they called her specifically, Bergere said she would attend. At her first meeting, she learned that the group addressed a majority of the social and political issues she was interested in.

Though Bergere felt nervous and shy during the NYPIRG meetings in her freshman year, something seemed to click during her sophomore year, and she was nominated vice president. She eventually interned for NYPIRG in Albany as a public policy associate working on environmental activism.

Bergere was idealistic about the legislative process at first. She thought that she would go to Albany and immediately make changes. She quickly realized that politics move slowly.

“The system really is made to keep up the status quo, so it’s hard for any change to occur. When I see how slowly things come to change, it’s discouraging. But people really inspire me. Someone in my class who is also in NYPIRG spoke up [after watching one of President Obama’s speeches] and said, ‘One person can really make a difference and affect the world,’ and I really internalized that,” Bergere said.

The NYPIRG internship required Bergere to choose a specific bill to lobby. NYPIRG’s aim was for interns to eventually be able to lobby bills by themselves. Bergere presented bills on water quality to state legislators, and co-authored a study about the deadly chemical 1-4-dioxy, which is found in many commercial products such as detergents and shampoos.

When Bergere returned from her full-time internship for NYPIRG in Albany, she had worked for NYPIRG at the state and college level. She could lobby politicians and lead members of NYPIRG to action. By coincidence, the director of the NYPIRG canvassing office in New Paltz had been fired the same week Bergere happened to be moving into New Paltz. Despite her lack of experience in canvassing, Bergere was hired as the director.

Bergere met Tal Schwerd at a NYPIRG meeting on campus during her first semester at SUNY New Paltz. In 2018, Schwerd and Bergere became friends working as treasurer and vice president of NYPIRG, respectively. They went on to work together at NYPIRG’s New Paltz canvassing office, but Schwerd sometimes resented Bergere for being hired as the canvassing director.

“I trained her [in canvassing] and then she became my boss. I definitely was there to help, but imagine training someone and then that someone is your boss. It was an unprecedented experience because of the bizarre situation that there was a huge opportunity in an upstate office,” Schwerd said.

On many occasions, Bergere came to Schwerd for questions about the job. The two maintained a balanced friendship and work relationship. Schwerd supported the office by leading canvassing skills workshops, which Bergere was unable to do because of her lack of experience.

“[Bergere] handled the pressure and the ridiculously long hours well, especially considering how young she was. She did a really good job. I’m not super upset because she worked 16 hours a day basically,” Schwerd said.

For Bergere, it was hard work. She would arrive at the office around 9 a.m. She handled outreach calls, conducted group interviews and cut turf, or assigned areas to canvass, all before the NYPIRG interns arrived. She would often brief the interns about an article or piece of history regarding New York state before driving all the canvassers to their locations, canvassing herself and then driving everyone back to the office.

“It was crazy and it just gave me confidence that I can do what I want to do. But halfway through the summer I got mono because I was tiring myself out so much,” Bergere said.

Despite Bergere’s confidence and talent, there is a dark shroud that follows her even as she rises through the ranks of NYPIRG.

“Now that me and my two brothers are in college, we’re paying for college and learning how to do financial aid and student loans. It’s so stressful thinking about the future and financial situations, too. [Graduate] school costs so much and it sounds so impossible,” Bergere said.

In 2019, Bergere and Schwerd became co-presidents of the New Paltz chapter of NYPIRG. They work as a team, leading meetings together and communicating with the college administration about what the chapter is doing. Schwerd can take over the meetings at times and Bergere is comfortable taking the back seat.

“She doesn’t make a big deal about anything; she’s a really relaxed person,” Schwerd explained. “Not that there would be a competition, but she’s not competitive. Sometimes I’ll take over the conversation in the meeting but she’s not upset [about it]. I feel like we both learn from each other how to do the NYPIRG thing.”

Bergere continues to be a leader in the New Paltz chapter of NYPIRG, but the organization is just the first step for her in making a change. A next-step for many political science majors is becoming a politician, but Bergere’s work with NYPIRG made her realize she wants to be an external force in politics. She explained that one of the only incentives for her to consider running for office would be to replace a corrupt official in her community.

In Albany, Bergere saw politicians speaking to lobbyists before grass-roots organizations, such as NYPIRG, could get their ear. In the future, she wants to foster change not only in policy, but in the way the political system functions.

“First of all, I want people who are elected to be an actual representation of their community,” Bergere said. “I want money to stop influencing politics. It has so much control over the choices people make. Once that’s fixed, a lot of other problems will automatically be taken care of.”

Liat Guvenc is a fourth-year student from Westchester County, New York double-majoring in journalism and Asian studies with a minor in film and video studies. Guvenc enjoys animation, reading, and live music. 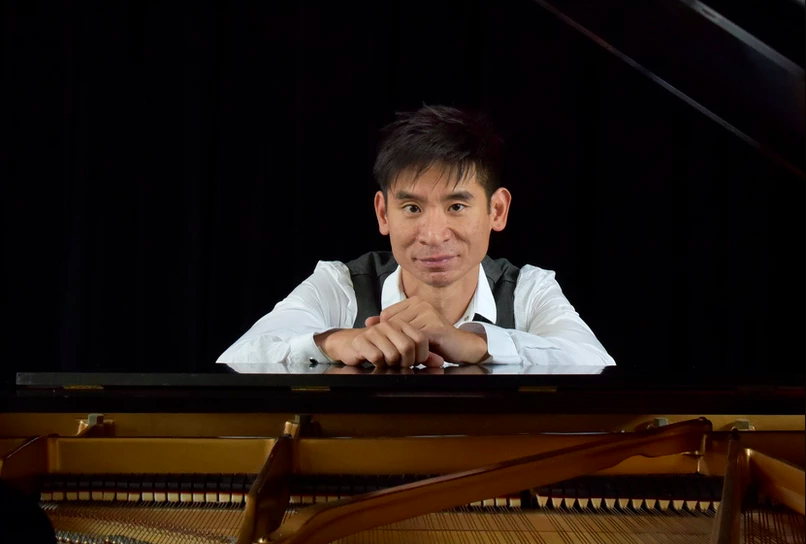