Edited and packaged by Taylor Dowd

On Oct. 5, Alex Peh played piano for the first Burmese-American Southeast Asian Gong Ensemble in the United States at SUNY New Paltz’s Studley Theatre. Peh is an award-winning pianist and an assistant professor of piano at SUNY New Paltz’s Department of Music.

What was it like to move to the United States from Malaysia?

My parents moved to 128th Street and Broadway back in the ’80s. We were living in a single room in a really bad neighborhood in New York City. Malaysia is very diverse in a sense that there is equal Chinese, Malay and Indian. It was odd to be all of a sudden the only Asian person in the room. Back at the time I remember some fear. I was always looking around and making sure no one was following me.

How did you know you wanted to be a pianist?

I loved playing the piano. I started when I was six. And I just loved it. I loved every second of it. I was really serious about it through elementary school and high school. I went to Northwestern [University] as a double degree student thinking I would do piano and something else because it’s hard to make a living with music. Trying to figure out what that other degree was so difficult that I said, “I’m just gonna drop it and do piano.”

How did you go from liking to play piano to declaring it as your major?

I love it so much that I couldn’t imagine doing anything else. It’s hard for students to know what you want to do. You must be in the same boat. I feel like those decisions are made when we’re younger in a strangely arbitrary fashion—what we’re drawn to or what we’re good at, what captivates us at the moment. I could spend eight hours practicing the piano. That to me was worth my time. It was a big risk. I went to good schools but I was not the top. I would go to international competitions and place 20th. But this is all over the world. Twentieth is nothing! At the Olympics you forget that the person who comes in at 20th is still pretty good. There’s not much [of a] market for classical pianists so you have to be the best. It was a risk but you have to take those risks.

How did your family impact your music career?

What does Southeast Asian mean to you?

As much as I feel like I’m American, this is part of my heritage I’m looking to reach and connect with somehow. That’s what lead me to all this Burmese music. But then I realized the music itself was so beautiful that it had nothing to do with me being Southeast Asian.

How did you come about teaching the Southeast Asian Gong Ensemble?

It was because I was curious about Southeast Asian music and then I learned that there was a piano tradition in Burmese music. So I started studying it and I met this artist. There wasn’t a single person doing this Burmese style anywhere except for in Myanmar. Except for Kyaw Kyaw Naing. He is a percussionist. He plays 21 drums and it’s their national instrument. And so he came to the United States as the director of their national orchestra and he toured the United States. He performed at the Lincoln Center, Carnegie Hall, was at residence at Stanford and MIT. He was rolled into a political situation where people in his ensemble were critical of the military [in Myanmar]. So he sought political refugee status and settled in the Hudson Valley, where he does sushi for Marist College. I found him out through Asia Society. He stopped playing for 15 years because it was hard to be a Burmese musician without an orchestra of drummers. I asked him if he would teach me Burmese piano. [He said,] “I’ll do even better. I’ll teach you Burmese piano and we’ll build an ensemble of drummers with SUNY New Paltz students and we’re going to play a concert.” Then, we played as part of the Look and Listen festival and got all this momentum for it. So then we offered this class.

How did the performance of the Southeast Asian Gong Ensemble match up with your expectations?

It completely exceeded them. We played really well. We turned out a gigantic crowd. 521 people sold out Studley Theater. We built a pagoda and played inside it. Kyaw Kyaw Naing was explaining it to me and I thought we were just going to have some decorative things. But oh no! There was a dragon. That was something.

What is your greatest success?

My greatest success might be winning the Asian Cultural Council fellowship. And I think 10 people in the United States win it. It’s something like a Fulbright but for people going to Asia. They sponsor entire trips for you to go and study. So we’re now flying to Myanmar to learn this style with all the master pianists. I’m going to be there in a couple of months.

Liat Guvenc is a fourth-year student from Westchester County, New York double-majoring in journalism and Asian studies with a minor in film and video studies. Guvenc enjoys animation, reading, and live music.

Wed Dec 11 , 2019
Story by Emily Fego Edited and Packaged by Ophelia Xie  Sexual assaults on college campuses, like the largely publicized Brock Turner case in 2016, have been pivotal in forcing administrators to make a choice: to ignore the issue or face it head on. SUNY New Paltz hired Amy Westberg as its […] 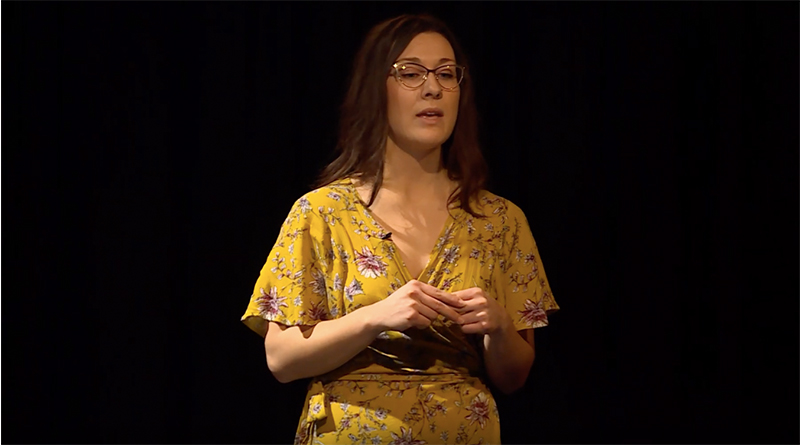