This story was published in partnership with The Legislative Gazette.

Gov. Kathy Hochul announced that since mobile sports wagering became available back in early January, New York has collected $542 million in taxes through the end of October, surpassing every other state in the nation.

There was also an additional $200 million collected in licensing fees from the sportsbooks such as FanDuel and DraftKings, generating a total of $740 million in revenue.

“By bringing sports wagering to New York, we have not only opened the door to responsible entertainment for millions of sports fans, but we have also brought in significant revenue to support schools, as well as youth sports, while implementing important safeguards to help those who need it,” Gov. Hochul said.

The revenue is invested in grants for youth sports programming and gambling prevention, with the majority being in education.

“With this great start, I look forward to a greater potential for increasing the benefits of mobile sports betting for the residents of New York with the National Football League (NFL) season in full swing, the National Hockey League (NHL) and National Basketball Association’s seasons getting underway,” said State Senator Joseph Addabbo Jr.

According to GeoComply, a software firm used by sports books to ensure geolocation requirements, more than 11.3 million unique player accounts have been created since January, conducting nearly 985 million transactions.

“When Senator Addabbo and I proposed the bill to legalize mobile sports wagering in New York, we knew the fans had an appetite for wagering because they were going across the river to be in New Jersey,” said Assemblyman Gary Pretlow. “This endeavor has been a win-win for New Yorkers as we have generated millions in revenue for education and youth sports while not turning a blind eye to responsible gaming programs.”

Endy Cepeda is a senior at SUNY New Paltz majoring in journalism. Before attending SUNY New Paltz, he was a writer for Rockland Community College's newspaper. He is currently interning for The Legislative Gazette. Outside of school, he enjoys weight lifting and creating content for websites such as YouTube and Twitch.

Pursue Your Side Hustle at the Thursday Market!

Thu Dec 1 , 2022
Whether you plan to sell homemade jewelry, advertise your club, swap second-hand clothing, provide fresh baked goods for students, or anything in that realm, the Thursday market on the Excelsior Concourse is an ideal location for anyone searching for an open audience. Managed by Campus Auxiliary Services, the weekly market […] 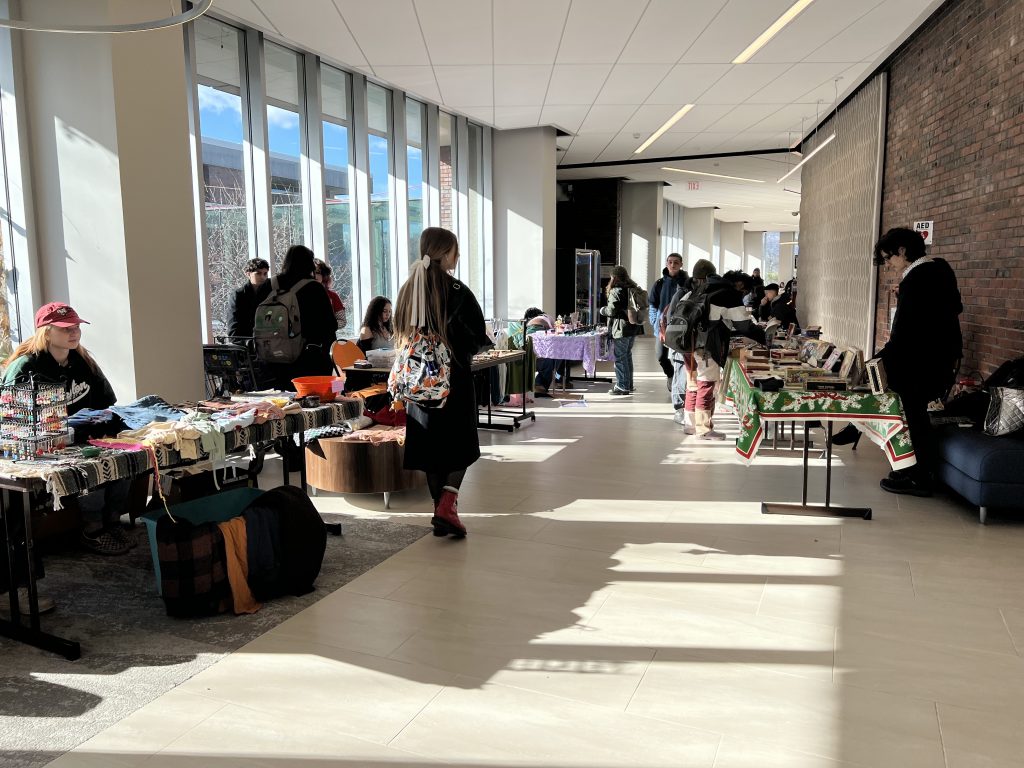