According to Event Coordinator Nichole Fenichel-Hewitt, the festival drew over 100 entries from across the country. The list was narrowed down to 20 selections, several of which were local productions. “I really do think that we have, right here, a collection of the best student films in the country because of the number of entrants and the quality of work – we had several pieces come in from California,” said Fenichel-Hewitt.

Reel Expressions was created by Children’s Media Project, also known as CMP, which is based out of Poughkeepsie. According to its mission statement, CMP is an “arts and education organization focusing on media and technology.” Fenichel-Hewitt, who is also the executive director of Children’s Media Project, said that a film festival was a “natural continuation” of the work of CMP.

Some of the entries served as public service announcements. Director Jordan West’s “The Text Commandment,” features two teens having a chat with a less-than-pleased God when they’re in a car accident caused by texting. Darian Henry’s documentary, “Tyler,” focuses on the aftermath of the stabbing death of an Albany teen.

The festival also featured the post-modern drama, “Masks,” by Haixu Liu’s. According to Liu, “Masks” is a metaphor for social constraint and stratification in his home country, China. The film, shot entirely in black and white, follows the resident of a town that has a cultural dress code, forcing citizens to wear masks denoting their economical and social status. The main character wears a white, simple mask that indicates he is poor; wealthier citizens wear ornate masks.  “I’ve always been interested in experimental film,” says Liu, who attends Poughkeepsie Day School, “and I was glad to have the chance to explore Chinese society in my project.”

Liu took home the first prize in the juried festival, winning $500 and a trophy.  Second prize went to Raymundo Archila’s “Escargot,” a short, frenetic piece following the last moments of a snail before it’s made into a component of a gourmet dinner. Third place went to Maura Coursey’s “Transphobia,” a documentary about the difficulties faced by transgendered youth.

“Maternal Instinct,” directed by Jesse Rolfe of Red Hook High School, received a substantial reaction from the crowd. The film, a quasi-horror piece about a high school aged girl haunted by a potentially-mystical, definitely-creepy health class baby simulation doll got laughs and cringes from the crowd.  “I heard about Reel Expressions in my film class,” said Rolf.  “Everyone worked on a film but I was the only one to be selected… the movie started out really crazy. There’s a lot of stuff that got cut and didn’t make it into the final piece. I think what we have here is really good, and I’m excited to be here.”

The festival drew a crowd of about 100 people.

Video of the Week: Pets Alive

Sun Mar 10 , 2013
This short documentary takes a look at Pets Alive, a no kill animal shelter in Middletown, N.Y. that helps out countless animals and the community. Note: Since the creation of this video, Pets Alive lost two very important members of their family. Canine Behaviorist Pat Whitacre passed away on Jan. […] 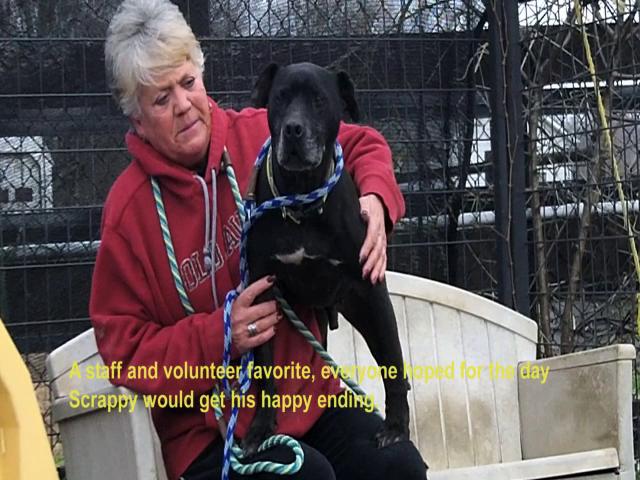