This Valentine’s Day, women and men around the world will rise up and reclaim the holiday from the candy companies by giving something more meaningful than a box of chocolates— their time and support.

V-Day is a global movement to raise awareness and change social attitudes towards violence against women and girls. It was started by the award winning playwright, performer and activist Eve Ensler.

In honor of the 15th anniversary of V-Day, people in 200 countries have joined One Billion Rising: a campaign that uses dance to raise awareness and demand an end to the violence. Flash mobs, or groups of people that perform a choreographed dance in a public place, will take to the streets and dance to “Break the Chain,” a song made especially for the cause.

The reality of how many women will experience violence is staggering. According to a study by the United Nations Secretary General, one in three women will be raped or beaten in their lifetime. The magnitude of the rising reflects the epidemic of violence and how many people it affects; one billion.

New Paltz community organizer Mary Goggin heard Ensler speak at an Omega Institute Women Empowerment Conference and was so inspired that she decided to take action.

“We started fundraising for a domestic violence shelter and so many women were interested in getting involved,” she said. “At that point I realized we needed to have a rising.”

“This is a human rights issue,” she said. “It’s a cultural pattern that aims to keep women powerless. We need to stop following the status quo and demand that women and girls feel safe.”

SUNY New Paltz has been impacted by this trend. According to the University’s 2011 Annual Security and Fire Safety Report, the number of “forcible sex offenses” tripled to 12 from a reported four in 2009.

Goggin and Johanna Longbotham, a fellow community organizer who has also played a large role in planning the event, hope the rising will unite all women and girls and strengthen the bond between the college and community.

“This is about showing solidarity across every boundary,” Longbotham said. “Even if someone hasn’t experienced this themselves, it’s about saying ‘we know people who have experienced this and that is enough.’”

One Billion Rising will be taking place in two locations in New Paltz this V-Day. A rally will begin at at 3 p.m. near the intersection of Main St. and Plattekill Ave. with a flash mob performance at 3:30 p.m.

From 4 to 6 p.m. there will be a dance featuring African drumming experts, local sound healer Amy McTear and local DJ Dana Rudikoff at the New Paltz Community Center, located at 3 Veterans Dr.

A flash mob will also perform in the Atrium of the Student Union Building at 3 p.m., but all students are invited and encouraged to take part in the 3:30 p.m. performance as well.

Dancing with friends is always fun, but it’s important to understand why it’s so integral to striking out against gender based violence, organizers said. A video message from the founder of V-Day and author of The Vagina Monologues on the One Billion Rising site explains what dancing together truly stands for.

“Most of us women don’t wear what we want or go where we want at any time of the day,” said Ensler. “We don’t move the way we want because we’re always afraid, on some level, of being attacked, harassed, hurt or raped or invaded.”

By taking part in One Billion Rising flash mobs, participants can break away from this fear and express themselves freely through dance, organizers said. While women are the leaders in organizing, all people are welcome to join in and show their support for the women in their lives.

April Castillo , second-year journalism major, plans to dance in the One Billion Rising flash mob along with a friend. She believes that awareness is the first step to bringing about change, and hopes that those who see the flash mobs will be called into action.

“I think it’s really cool for people to come together in a visual protest against violence that’s joyful at the same time,” she said.

Rehearsals are already underway for the event, but don’t worry if you’d still like to get involved; it only takes one session to learn the entire routine.

“The movements are totally basic, easy and fun,” Abigal Narres , second-year business major and Zumba instructor, said. “It’s really easy to follow along and overall it’s such an empowering movement.”

Narres and other Zumba instructors at SUNY New Paltz taught choreography to “Break The Chain” in the Elting Gym dance studio.

Director of Residence Life Corinna Caracci has also heeded the call by bringing the event to campus and teaching choreography throughout the community.

“It’s so great to feel the power of the community coming together and helping each other,” Caracci said. “So many women have been abused in some way and we’re here to say it’s just got to stop.”

Several locations in the surrounding area will join New Paltz this Thursday. Risings will also take place in Poughkeepsie, Kingston, Newburgh and Middletown. There will also be a V-Day story slam at Market Market Cafe in Rosendale.

Zoe Dunn, president of Hale Advisors; a marketing company that is hosting a rising in Kingston, believes that having such a variety of events throughout the area will offer enough flexibility for people to participate in a way that works for them.

“We also want to emphasize that these events are not just for women,” she said. “We need men to stand up with us because it’s not a woman problem, it’s a people problem.”

The Kingston rising will take place from noon to 5 p.m. at the Backstage Studio Productions and will feature a panel of community leaders, female speakers and a variety of performances. Click here to view the itinerary.

With the New Paltz rally quickly approaching, Goggin has visited businesses to gather donations to cover the cost of insurance for the community center dance and has received support from local establishments such as Ulster Savings Bank, The Bakery, Handmade and More.

“We want to keep the spirit moving,” she said. “We’re getting everything set for the 14th but it’s really all about the 15th; about how we’re going to keep moving forward with this afterwards.”

A message about why we dance from Eve Ensler, founder of V-Day.

View One Billion Rising Events in a larger map 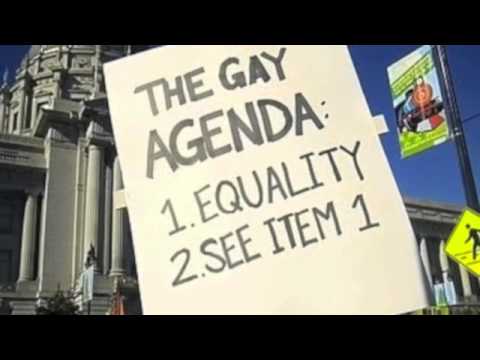