If there was ever a place in town that perfectly showcases the “New Paltz” style, it’s the Commissary. The room is filled with flowy outfits and pixie cuts. The whole staff is so cute that it’s impossible to make eye contact while ordering. Customers case the room trying to decide what’s more breathtaking: the chocolates displayed on the shelves or the patrons in this cafe. A spot by the window allows for a beautiful view of the New Paltz street. If you’re lucky, there might be a dog sitting on one of the cushions.

The sweet smells of coffee and treats waft from the shop and occasionally attract the unwanted wasp. The wasp buzzes around the window until a girl stops typing on her laptop to swoop in and catch it with a cup. She walks outside and releases it. Then, the girl sits back down and takes another sip of her coffee. This casual display of empathy showcases what the Commissary is all about: compassion for all beings.

I want to enact my politics through food. You can have a high quality food business that still has ethics that doesn’t exploit people or animals.

Entrepreneur and anarchist seem like opposite sides of the capitalism spectrum, but Lagusta Yearwood manages to tie them together like a bow on a chocolate box. She’s a small business owner of three vegan shops, one in New York City and two in New Paltz.

Yearwood wears circular rim glasses with eccentric shades of lipstick. Her brown hair is styled with a badass undercut. She wears vintage, brightly colored clothes that catch the eye at first glance. She loves feminism, environmentalism and ramen.

Yearwood’s essence can be captured simply by searching around the cafe. The shelves are stocked with handmade chocolates with locally sourced ingredients. These eco-friendly wrapped chocolates aren’t just your basic bars with nuts. Her disposition on life reflects in her unique and savory flavors like “smoky corn on the cob” or “bourbon chile.” She’s always spicing things up and trying new things.

Near the register, there is a Mitzvah Wall. Erika Wadleigh, an employee of Yearwood, explained the idea behind Yearwood’s creation. A customer can purchase a treat and write down a description of someone. Then, the customer posts their order in a note to the wall. When someone matching the description comes along, they can claim the food.

The menu on the wall is beautifully handwritten with color. Among the various vegan options, Yearwood includes a sliding scale price for the soup so that customers can pay what they are able to.

The sliding soup scale is one of the reasons Jenn Varon joined the Commissary crew three years ago. Yearwood’s shop has strengthened the vegan community at New Paltz.

“It has recruited many new vegans, myself included,” said Varon. “People come from far and wide to visit the shop. It’s always nice to hear when someone made a special trip to New Paltz just for us.”

I really love my job. Over time, what’s gotten more and more rewarding is having really great employees who I learn so much from and love being around.

Carol Adams, author of “The Sexual Politics of Meat,” stood as a mentor for Yearwood. She encouraged her to practice activism in an unconventional way: through food. Yearwood has grown a business in New Paltz with the goal of using food as a tool to spread awareness to topics she’s passionate about.

“I want to enact my politics through food,” said Yearwood. “You can have a high quality food business that still has ethics that doesn’t exploit people or animals.”

Adams met Yearwood in April 2000 when she was a senior at the University of Rochester. Adams still recalls the impressive Earth Day t-shirt Yearwood had worn to her presentation of “The Sexual Politics of Meat.”

“I remember we were walking around campus, and Lagusta told me about her plans: either to open a vegan restaurant or go to NYU for a master’s in ecofeminist philosophy. I suggested that she could be doing ecofeminist philosophy as a vegan chef and that we needed more vegan chefs in the world. At that time, I had been speaking on campuses for 10 years, and I could feel Lagusta’s clear and specific vision. It excited me.”

Adams has watched Yearwood grow her business over the years. “She has expanded our understanding of vegan cooking and what you can do with chocolate while also maintaining her keen commitment to social justice—for instance, only using chocolate that does not come from slavery. And in her writing, she has shown us how you can do ecofeminist philosophy as a chef and businessperson.”

Yearwood grew up in Phoenix, Arizona, a place not populated by many vegans. At age 15, she joined an animal rights group which showed her how accessible the vegan lifestyle actually was. This ignited a spark that would eventually lead to an all-vegan business.

She started a meal delivery service for nine years in her New Jersey home. After a while, she decided she wanted to shift gears.

Yearwood was looking to find a place near fresh produce and farms. Many farmers pointed her to New Paltz. In 2004, New Paltz had been in the news because the then-mayor, Jason West, had officiated a same-sex marriage in front of Town Hall before it was legal. This caught her attention. She wanted to be in a town with people that shared the same values. This was the perfect fit. New Paltz became the home to the first vegan chocolate shop in the world: Lagusta’s Luscious.

In 2011, the chocolate homebase for Lagusta’s Luscious was formed. Prior to this, her business created in 2003, was an online chocolate mail order service. A few years later, in 2016, Yearwood opened two more shops: the Commissary in New Paltz and Confectionery in Manhattan’s East Village. Lagusta’s Luscious serves as more of a headquarters and production area, while the Commissary has more of a coffee shop vibe. However, both establishments serve to the public.

“I just wanted to work for myself and do what I wanted,” said Yearwood. “The irony is that I never really wanted to be a boss and now I have employees. It’s taken me a while to come to terms with that.”

This is what makes Yearwood a unique leader. It’s not about the money. Yearwood wants every part of her business to be as ethical as possible. One of her future goals for the company is to provide better jobs for her workers. She wants to have jobs for when people graduate so they can have benefits and full time salaries. In addition, Yearwood wants to expand their wholesale chocolate and reach more store shelves around the country.

I could feel Lagusta’s clear and specific vision. It excited me.

“I really love my job. Over time, what’s gotten more and more rewarding is having really great employees who I learn so much from and love being around.”

Yearwood values cultivating a good work space so that everyone is able to communicate and be personable. The employees are a close knit group. She hand picks her staff to reflect her business views. Yearwood looks for people who are detailed oriented with good energy and a kind aura.

This Halloween, Yearwood and her staff handmade over 1,000 treat bags to give away to the New Paltz community. No plastic or forced labor were used in the making of this act of love.

Wadleigh says, “She’s not afraid of taking risks and bending traditional business set up.” Wadleigh has worked under Yearwood for over a year now. She says her coworkers are some of her closest friends.

Yearwood has breakfast at the main shop and checks in with her workers every morning. Then, she hosts a morning meeting at the chocolate shop. After the meetings, Yearwood focuses on her own work. When the company was starting, Yearwood invested 12 to 15 hours every day. Now, she has cut back to eight hours. She has a chaotic and ever-changing schedule, but Yearwood always finds time for at least one piece of chocolate a day.

Yearwood explained the struggle of balancing ethical products and making a profit. She wants to make sure her customers are having sustainable and local ingredients without an unattainable price tag attached. The Commissary has a lot of savory ingredients on their menu, so having local farms helps a great amount.

Along with running multiple businesses, Yearwood still found time to put her English degree to work. She wrote a cookbook which was released in September, “Sweet + Salty: The Art of Vegan Chocolates, Truffles, Caramels, and More from Lagusta’s Luscious.”

“The incredible thing about veganism is as a boycott of a cruel and unsustainable production system, it opens up new ways of enjoying delicious and wonderful foods,” said Adams. “We probably don’t even yet know how many wonderful ways there are to use plant based foods. That is the role of Lagusta and other talented chefs who reveal new inviting menus.” 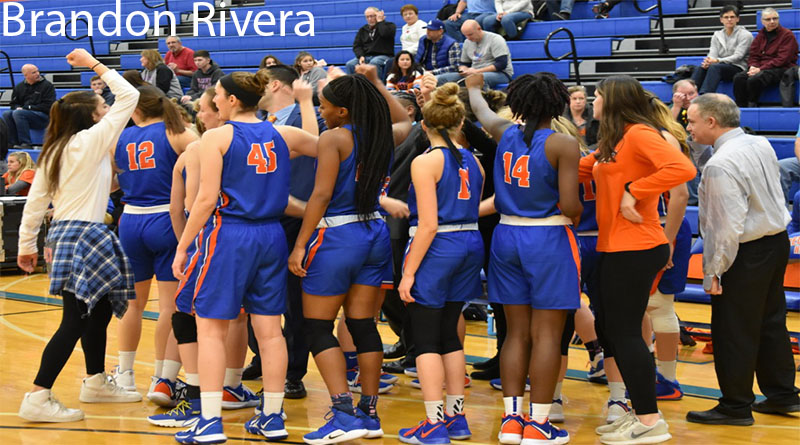