Republished with permission from the Legislative Gazette.

For the first time in almost a decade, Democrats will hold a firm majority control of the New York State Senate.

Based on preliminary numbers from the State Board of Elections, Democrats appeared to have secured a total 39 seats in the state Senate, with a couple races still too close to call, while the Republicans likely held on to 24 seats.

In the 6th Senate District, Democrat Kevin Thomas surprisingly denied longtime Republican Sen. Kemp Hannon re-election to the State Senate, where he has served since 1989.

In the Hudson Valley, other important Democratic wins included the 40th and 42nd districts. In the 40th district, Democrat Peter Harckham ousted two-term Senator Terrence Murphy. And in the 42nd district — a seat left vacant by the retirement of Republican John Bonacic, Rosendale Councilwoman Jen Metzger beat former Assemblywoman Annie Rabbitt for the seat, taking another spot for the Democrats.

“With Democrats’ leadership in the state solidified, New York can pass policies previously blocked by Republicans to expand health care coverage, address climate change, and ensure women retain the right to make their own medical decisions,” said Jessica Post, executive director of the Democratic Legislative Campaign Committee. “New York will once again be a progressive beacon as Democrats continue to build the blue wall of resistance against Washington Republicans’ extremist agenda.”

The DLCC played a key role in dismantling the IDC earlier this year, and six of its former members were ousted by New York voters in the September primaries.

It is unclear which conference Sen. Simcha Felder will conference with next session. Sen. Felder is a Brooklyn Democrat who has typically caucused with the Republicans. He was counted as Republican in this article.

Mon Nov 12 , 2018
Petitions by SUNY New Paltz students to change the name of Hasbrouck Dining Hall in memory of alumni and employee Darold Thompson following his passing, brought about discussions of changing other building names because of their historical associations. Much of the campus is named in memory of the town’s original […] 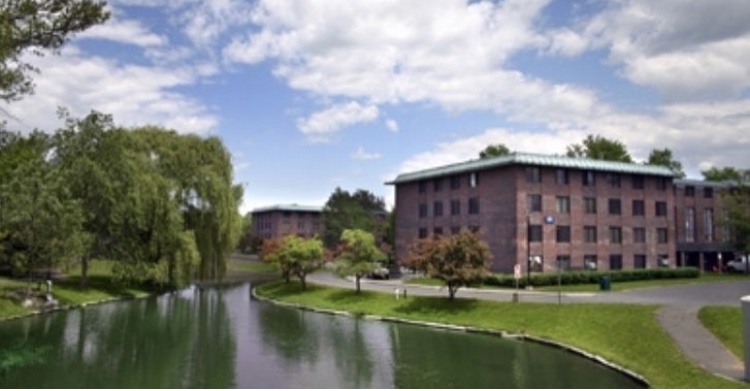