With the abuse of Adderall, Vyvanse, Ritalin and other stimulant medications on the rise among college students, government agencies, pharmacies and health insurance companies have turned to digital measures to clamp down on the availability of these drugs.

However, while it may now be harder to get a prescription, there is still demand for black-market sales of these stimulants due to their addictive nature and effectiveness. Abusing these drugs can create an intense dependency on them and also has proven to be a gateway to the abuse of other more drastic substances.

In an effort to slow down the illegal misuse of these stimulants, in 2013 New York State implemented Internet System For Tracking Over-Prescribing (ISTOP), requiring the majority of prescribers to consult the Prescription Monitoring Program (PMP) when writing prescriptions for Schedule II, III and IV controlled substances.

New York State Department of Health claims the PMP provides practitioners with direct, secure access to view dispensed controlled substance prescription histories for their patients. It is available 24 hours a day and 7 days a week via an application on the Health Commerce System (HCS).

Taking the policy a step further, New York State implemented a new law in 2016 requiring all practitioners to only prescribe electronically.

“We started using HCS last March,” Dr. Stephen B. Turner, associate physician at Mount Sinai Brooklyn Heights, said. “Now, I write all my prescriptions electronically, but I have to enter two different 6-digit pass codes on the website, one being my account number and the other one of which is on a device that I have to keep on my person and automatically changes every 30 seconds.”

By keeping better track of those writing the prescriptions as well as those receiving them, these programs intend to cut off the availability of the drugs to those without a prescription and slow down the dramatic rise in abuse across college campuses nationwide over the past decade.

A recent survey done by the experts at the American Psychiatric Association (APA), found that 42 percent — 591 of 1,387 non-ADHD college students — admitted to using a stimulant without a prescription. About 25 percent of students who took the survey also admitted to taking Adderall to boost their performance on exams.

Dr. Victor Schwartz, an APA clinical associate professor of psychiatry, claimed that this increase in demand for stimulant medications has created a black market throughout college campuses, one in which college students that receive a prescription can profit immensely, providing them with the incentive to put it out on the market.

“The majority of individuals that are prescribed these stimulants are given a maximum prescription of 90 pills at a time. Many students will then take these 90 pills, and start selling them to their fellow classmates, who aren’t medically prescribed, for, lets say, $5 per pill,” Schwartz said. “Meaning they could be making upwards of $450, while only having initially paid roughly $30 for these same pills at their local pharmacy.”

Schwartz believes that the vast majority of students who misuse these stimulants in college acquire them from their fellow classmates.

Listen to the audio clip below to hear a SUNY New Paltz student share his experience selling stimulant medication. The student requested to remain nameless.

Another recent study done by the American Academy of Child and Adolescent Psychiatry (AACAP), suggests that 8.3 percent of college students have used a stimulant without a prescription at some point in their life, while 5.9 percent of students admitted to illegally using stimulant medication within the past year.

According to Sue Hallowell, clinical director of The Hallowell Center NYC, which specializes in the treatment of ADD and ADHD, extensive abuse of these stimulant medications can lead to overdoses resulting in extreme fatigue, depression, seizures, euphoria, headaches, and dizziness. She noted that individuals who take these medications are also at risk of developing an intense dependency on the drug.

“The amount of Adderall required to overdose varies widely,” Hallowell said. “Overdosing on this particular drug is very rare when an individual takes less than fifteen milligrams and depending on the individual, it may take up to 400 to 500 milligrams of the drug before the dose becomes fatal.”

Whether they overdose or not, studies also show that non-medical users of these stimulants are much more susceptible to abuse other substances than those who take them as prescribed.

Below are the results of a survey done by the Journal of Psychoactive Drugs, asking roughly 10 thousand college students who take stimulant medications, both with and without a prescription, to share what other substances they regularly indulge in.

Data Courtesy of PubMed Central
Create your own infographics

Despite the fact that they are officially labeled Schedule II substances, equivalent to cocaine, amphetamine-based drugs like Adderall, Vyvanse, and Ritalin are still legal to sell and purchase with a proper prescription. They are primarily prescribed for individuals diagnosed with Attention Deficit Disorder (ADD) or Attention Deficit Hyperactivity Disorder (ADHD).

“ADD and ADHD symptoms; short attention span, distractibility, and hyperactivity, are proven to significantly affect academic performance,” Turner said. “These stimulants are therefore prescribed in order to increase an individual’s ability to focus and concentrate on a single task.”

However, the appeal of these stimulant medications — better concentration, reduced distractibility, the energy to study for a multitude of hours — has proven difficult for many college students without a prescription to ignore, as they cope with immense academic pressure.

Watch the video below to get insight from two SUNY New Paltz students and one alumnus as they discuss their experiences after being prescribed stimulant medication.

According to Turner, ISTOP, the PMP and the HCS can help slow down the illegal sale of these medications, as electronic prescriptions offer a safer alternative to hand written ones, which can get stolen or forged. He also noted that the HCS gave him full access to all of his patients’ prescription history, showing him what the individual has been getting prescribed, the amount they were given, when they last refilled, and if there were any other doctors prescribing them the medication.

To further assure that there are no instances of medical malpractice and to hold those writing the prescriptions more accountable, hospitals, pharmacies, insurance companies, and the DEA also monitor this information.

“Patients are now required to meet with whoever is prescribing them their medication at least twice a year, and be in contact with them at least four times,” Hallowell said. “It’s not only for the patient’s own safety, but it’s also to protect the liability of the doctors, insurance companies and pharmacies that are writing these prescriptions.”

Now, doctors can no longer prescribe more than a month’s worth of medication, in an effort to make sure there isn’t too much of the drug available. According to the APA, doctors used to “pump out these prescriptions,” when patients would frequently claim they “lost their medication” and needed more.

“All controlled substances have been abused for a long time, from sleeping meds to Valium. With the availability of technology and online resources that we now have at our fingertips, it’s about time we did something about this at least on the state level, if not country wide,” Schwartz said.

To Schwartz’s delight, many other states including Massachusetts have begun implementing e-prescribing, but only time will tell if it will put an end to the misuse of these stimulants.

My name is Ben Rauch and I was born and raised in Brooklyn, New York. I am a journalism major interested in one day reporting on sports, music, politics, or all three.

The Making of a Movement: Constituents in 19th Congressional District Rally Against John Faso

Tue May 16 , 2017
By Nick Tantillo To read the full story, click onto our Atavist page. 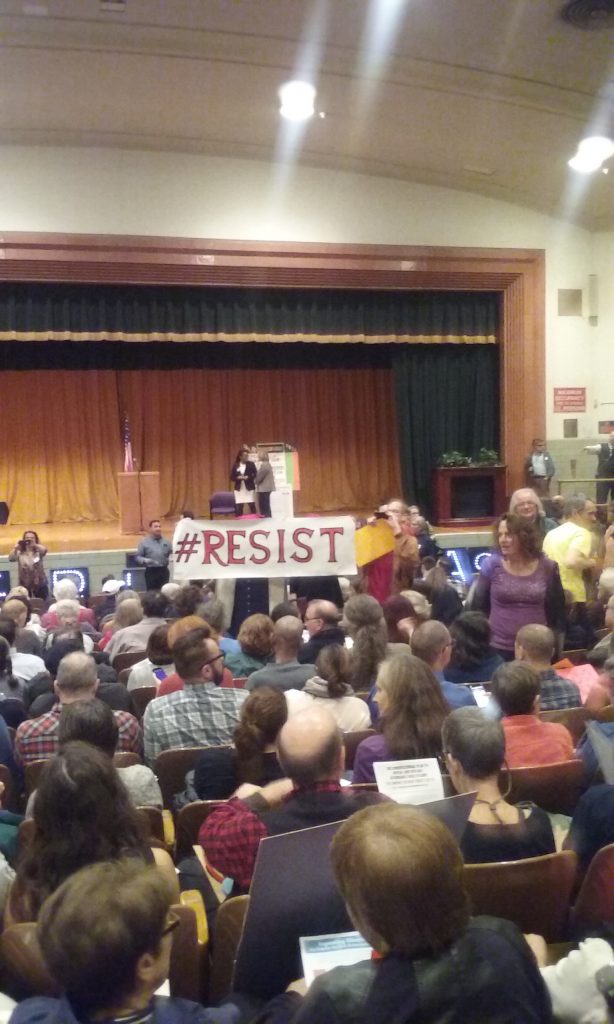