The sky’s the limit for the Cosmic Club, which will hold its first meeting Oct. 24 with its new faculty advisor Raj Pandya, newly-appointed director of the John R. Kirk Planetarium.

“We kind of want to get him acclimated with us and get us all on the same track before we have a club meeting so that we can be as organized and productive as possible,” said Kristine Pilla, secretary of the Cosmic Club and fourth-year English major.

Club members envision more interactive, enlightening and informative programs such as guest speakers, public discussion and debates to engage the star-gazing community. They also have their sights set on learning how to operate the planetarium and having more programs that involves the Smolen Observatory, which houses four telescopes, including a 14-inch Celestron Schmidt Reflecting telescope on a Paramount mount, for the study or observation of the night sky.

Amy Forestell, the director of the Smolen Observatory, hosts Astronomy Nights in conjunction with Pandya every first and third Thursdays of the month.  Astronomy nights begin with a planetarium show and are followed by star-gazing at the Smolen Observatory where the campus and New Paltz community will be pointing a telescope into the sky. Collectively, these events attract a large number from the campus and New Paltz community.

Cosmic Club E-board members were present at the International Observe the Moon Night (IOMN) on Saturday, Oct. 8, which was an international event started by several National Aeronautics and Space Administration  institutions to instill a sense of wonderment and curiosity about the moon into the public. Here on campus the event drew more than 150 star gazers who saw close-ups of the craters of the moon a nd the moons of Jupiter through several telescopes, Forestell said.

Pandya, who is very passionate about astronomy, hopes to raise public awareness of the John R. Kirk Planetarium and wants students to be more involved in celestial objects. He believes that many people on campus and in the New Paltz community are generally fascinated by astronomy partly because of pop culture.

“People are a little more aware of [astronomy] through television shows,” said Pandya.

Pilla, who started taking astronomy classes her sophomore year, said that astronomy is something she’s always been interested in since she was a little kid.

Other reasons Pandya believes people are interested in astronomy is from curiosity and star-gazing. He always liked physics, but he became intrigued by astronomy after looking at a “detailed and interesting” picture of one of the planets in our solar system. Pandya said, one of the interesting things about astronomy is that he is able to combine his love for physics and space science, because the laws of physics can be applied to space science.

“He seems to have a vision for training students to operate the planetarium, which would bring the [cosmic] club and the planetarium much closer,” said Sean Reid, club president and fourth-year English major.

Reid expects to have a higher involvement from Pandya in the direction of the club and he wants the planetarium to be used as an educational tool.

“We’re trying to make [the club] more educational,” said Reid. “There’s no doubt in my mind that last year was interesting but unfortunately that was primarily due to the fact that there was a lot of movie showings.”

The club’s first meeting is going to be an introductory meeting and a Tonight’s Sky show, which is a quick synopsis of what the sky is going to look like the night of the meeting.

Farmers Suffer as a Result of Floods

Wed Oct 26 , 2011
The farmers at the Brook Farm Project, located on 80 Gatehouse Road in New Paltz, are still trying recover from the devastating effects of hurricane Irene that occurred last month. The heavy rain and violent gusts from the tropical storm has caused the farm to lose many crops due to […] 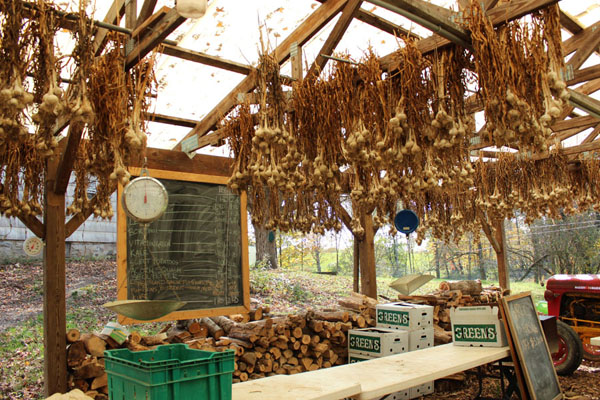