Being “plus size” isn’t an insult or something to be ashamed of anymore.

A shift in society’s perception of body image is occurring. Despite pervasive media coverage of ‘perfect body types,’ plus-size women are accepting their physiques, with the help of the rising popularity of outspoken bloggers and plus-size models.

Tess Holliday, a size 22 model, positive body image activist, blogger, and make-up artist encourages women of all sizes to love their bodies. It’s for this reason she created the hashtag #Effyourbeautystandards in January 2015 and has encouraged people to express their feelings by using it in their social media posts.

“I created the hashtag [#EffYourBeautyStandards] because I was tired of being told what I could and couldn’t wear by the media and how I should cover my body because of my size,” Holliday told The Huffington Post in January. “I decided ‘eff that,’ I will wear what I want!” Holliday’s #EffYourBeautyStandards Instagram page, established in 2013, has more than 115,000 followers and more than 800 posts from all over the world.

Body issues like the thigh gap scandal, double zero sizes and the depiction of models in the industry put forth an even greater pressure for young women to look like they do. Many clothing companies endorse an unrealistic body image in the way they size their clothes and dress their mannequins. “When we live in a world where you can get a 00, you would gain more if you offered more sizes,” says Dr. Jessica Pabon, professor in the Women’s Studies department at SUNY New Paltz.

Young women are at a constant battle with their weight and overall body image. For some women they go through periods of starvation and binging in order to achieve “the look.” Clothing companies also do a disservice by not having an equal representation of sizes on the racks in the stores.

According to nedawareness.org, in the U.S. alone 30 million people are affected by an eating disorder. The obsession to be thin drives them to succumb to dangerous practices in order to obtain the “perfect body.” To put it plainly about one in every 10 people has suffered from an eating disorder. Women and men who struggle with body issues find it difficult to shop for clothing and this could make them even more ashamed of their appearance.

But the plus-size crowd has mobilized and rallied around the body image causes, thanks largely to social media.

In 2013 Mike Jeffries, then-CEO of Abercrombie & Fitch, said he only wanted thin people wearing his brand of clothing. His statement raised tempers throughout the online community.
Nicolette Mason, GabiFresh, and My Curves and Curls are a few of the many bloggers and people in the industry who give inspiration and support to women who do not see their body type portrayed positively in the media.

The perfect physique is unattainable but this idea is what the fashion industry and the media try to portray to young girls across the nation. A magazine like Verily, a fashion magazine whose targeted audience ranges from 18 to 35, is one of the first magazines to not alter the images of their models in anyway. Other magazines, such as Seventeen Magazine, have opted to do the same.

Holliday hopes these messages are getting through to young people. The Mississippi native suffered a lot of bullying at school due to her weight — it was so severe that she had to drop out of high school at age 17, according to her website. Now that she is a model she makes a conscious effort to promote positive body images on her Twitter, Instagram, and Tumblr accounts. Yet, she continues to receive backlash from people on the Internet who are accusing her of fat shaming, claiming that through her movement she is encouraging an unhealthy lifestyle.

“My weight or health is nobody’s business. I think people need to respect that,” Holliday said in an email.

She said there was no doubt in her mind that she would achieve her dreams. “I wanted to model since I was a child, really more so around 13. I was very inspired by Mia Tyler. I thought she was beautiful, fearless and sexy. I wanted to be that,” Holliday wrote. She credits Miss Piggy, Dolly Parton, Mae West and Peg Bundy for being her model inspiration, and now young girls can view her in the same light. Her advice to young women is to “love yourself now because if not now, then when?”

On college campuses there are clubs and organizations whose sole mission is promoting a positive body self-image. Here at New Paltz, the Body Peace Project facilitated by Emily Ferencik, the on-campus nutritionist, meets weekly on Wednesdays to discuss the serious thoughts that are in the minds of young people. The club offers a place where what they have a safe space to voice their opinions about anything that bothers them.

“If we can help people open up to each other about what they are feeling-be it ashamed of their body, fear and anxiety around eating, or a sense of inadequacy in other areas of their life-they would find that they are not alone in these feelings and there is in fact, nothing wrong with them at all,” Ferencik told The Little Rebellion.

Holliday allows for conversations to happen about the issue of weight that is always viewed as something negative in the society. We have here this model who can be an example to plus size women of all ages to love their bodies no matter what stage they are in.

In an interview with Glamour magazine, Holliday states “Health is everyone’s personal decision. It’s their choice and I think that should be respected. There are a lot of reasons people are over (or under) weight. We’re all at different places in our journey,” she said. “I think it’s crap that I can’t do something amazing and be celebrated and [have] people talk about the changes I’m making instead of focusing on my size. It infuriates me.”

Jessi Putnam, fourth-year graphic design student, is creator and designer of a project called Dear She. Dear She is for women of all ages and helps them deal with issues of female body image and self confidence through therapeutic letter writing. Participants write an anonymous love letter to themselves that are then collected together in a published book. The book allows readers to read the stories of women of all different walks to life who are going through the same things they are. Read about the project on the website dearshe.org as well as submit a letter, read our blog, and featured Letters of the Week.

“Dear She is a young project but I believe it is really making a difference for those who participate,” Putnam told The Little Rebellion. “We are helping women one letter at a time.”

Putnam is seeking submissions for the book with the cut off deadline for submissions being April 19. The book will be published on May 8, the day of the senior graphic design BFA show, and will be available for purchase on blurb.com as well as an Apple e-book and on Amazon.

Farmer's Market In the Lecture Center

Tue Mar 31 , 2015
Every Thursday while classes are in session, SUNY New Paltz holds a Farmers Market between 10:30 a.m. to 2:30 p.m. Kaitlin Van Pelt, of the campus ancillary service, has run the market since 2009. During the winter months, the farmers market is held in the Lecture Center. Several Tables are […] 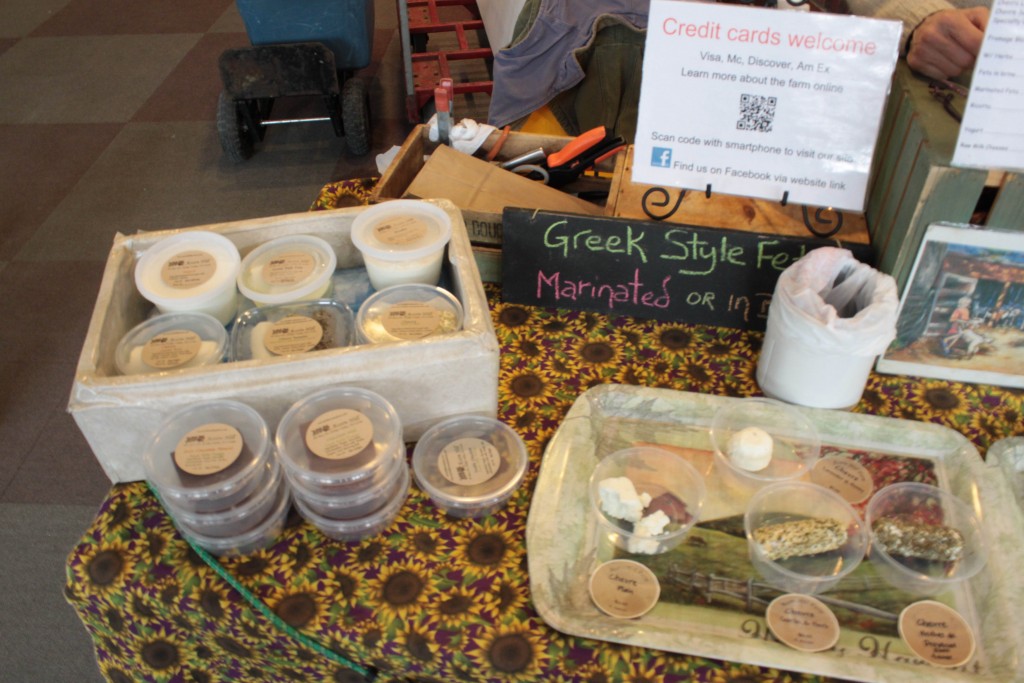