In the midst of what many call an energy crisis- rising fuel prices, global warming and an overreliance of foreign oil sources- many people all over the United States are taking measures to use less energy or find ways to produce more energy. Supporters of alternative energy, which refers to tapping into energy sources other than fossil fuel, are at odds with supporters of offshore drilling, which would mean extracting oil from underneath the sand in areas off America’s coasts.

In New York, people’s attitudes seem to be more in favor of alternative energy, straying from the prospect of a more rigorous oil-drilling program.

Dale Ziegenfelder, a retired electrical engineer from Glenford, N.Y., showed support for nuclear energy as an alternative to offshore drilling. “I’d rather see nuclear over oil,” he said. “There are no greenhouse gases and the waste can be sent into the sun.”

Nuclear power, however, is not his first choice. “The best choice is wind and [solar power]. The wind always blows somewhere and the sun always shines somewhere,” he said.

Ziegenfelder has taken measures to move toward wind power, but faced opposition. Over the last year, Ziegenfelder had planned to build a wind turbine on his property to provide electricity for his house, but the zoning board did not allow him to.

“There are building height limitations in local zoning law- ours is 35 feet excluding chimneys and antennae,” he said.

Ziegenfelder explained that the lowest part of the blade should be 30 feet higher than the nearest obstacle within 500 feet. “At my house, I needed at least 120 feet,” he said.

According to Ziegenfelder, one neighbor became worried that the turbine would affect the value of her nearby property. She and another neighbor started a petition against the construction, according to Ziegenfelder. “Once the zoning board saw some opposition, they didn’t want to sort out the truth from the irrelevant information and just voted no,” he said.

Ziegenfelder’s goals are not strictly limited to the turbine, however. Sometime in the future, he plans to install geothermal heating in his home. He doesn’t expect any opposition, because unless structural changes are made to a home, no permit has to be acquired. There is a Department of Environmental Conservation (DEC) tax on drilling operations greater than 500 feet deep, but according to Ziegenfelder, the drilling for his system shouldn’t exceed 200 feet deep.

According to the Web site of Chevron Energy, a company who specializes in “green” energy, geothermal energy is extracted by drilling wells into geothermal zones- underground areas that are heated by reservoirs of molten rock. The wells are used to extract hot water and steam. As the steam and water are separated, the steam is cleaned and sent to a power plant and the water is fed back into the ground to replenish the steam source. After that, the steam spins a turbine at the power plant, which generates electricity, which is sent to consumers’ homes through a power grid.

Essentially the same principle applies to geothermal heat. In this case, however, water (or sometimes antifreeze) is fed through a closed loop of piping instead of being extracted by a well. The water is heated underground in a geothermal zone and is fed through coiled pipe inside a duct unit, which heats the surrounding air. A fan then pushes the hot air through a heating duct, which blows into the house.

Geothermal pumps can also cool homes by transporting the heat from inside a home back into the ground.

One drawback of geothermal heating, however, is its cost. According to the California Energy Commission’s Consumer Energy Center Web site, the cost of a geothermal pump is roughly $2,500 per ton of capacity. Additionally, the cost of drilling can run between $10,000 and $30,000.

Besides home energy use, a huge aspect of the energy debate is how people will fuel their cars. Nathan McCotter, a 21-year-old student taking time off from college in New Paltz, used to run his 1979 Mercedes Benz 300CD on biodiesel. At the time, he made it from waste vegetable oil from a nearby Dunkin’ Donuts. “People will pay you to take that stuff away- all I had to buy were chemicals,” he said.

Biodiesel, according to the official Web site of the National Biodiesel Board, is a type of fuel that is produced by separating fat or vegetable oil into glycerin and methyl esters (methyl ester is the scientific name for biodiesel). The fuel can then be burned by any diesel engine with little to no modifications.

Diesel engines can also run off of vegetable oil, but this method can be problematic. Vegetable oil often clogs the car’s fuel injectors and in colder weather, the oil can solidify, making it unusable unless it is heated first.

With petroleum diesel prices consistently hovering above gas by about $1, McCotter saved a lot of money using biodiesel. “There’s no way in hell I’m paying for diesel,” he said.

McCotter, however, feels that biodiesel from vegetable oil is not the best route. “I think it’s pointless to make biodiesel unless you’re getting it from algae,” he said, referring to new technologies that involve farming oil-producing algae.

The numbers show that he’s right- oil from corn, soybeans and several other vegetables would not be a viable option. According to a chart from the Seattle P-I’s website,  biodiesel from soybean oil would require 180-240 percent of the crop land in the U.S. in order to produce enough fuel for the entire country, which is an impossibility. It would also produce 49 kilograms of greenhouse gases per mega joule (1 million joules) of energy produced. While canola (rapeseed) oil would only use 30 percent of the nation’s existing cropland and only produce 37 kilograms of greenhouse gases per mega joule, it still pales in comparison to algae.

According to the chart, algae farming would only require 1-2 percent of existing U.S. farmland and would produce a negative amount of greenhouse gases: 189 kilograms per mega joule of energy produced. The number is negative because the algae use up more carbon dioxide in respiration than burning the fuel would produce.

The only problem with algae cultivation is that there are not enough facilities for it yet and the technology has not yet been fully expanded.

Dolan felt the minute offshore drilling is put to a stop, gas prices are going to rise once more. Last summer, gas prices were approaching $5 per gallon.

“A friend of mine is retired from Texaco and he said in two years they can have the oil out of the ground,” Dolan said, “and that’s what we need.”

But even though he supports offshore drilling, Dolan still believes that other measures should be taken. “I definitely think they should get natural gas in cars,” he said.

He feels, however, that wind power wouldn’t be practical. “When you put up a million windmills, somebody’s going to complain,” he said. “They’re going to complain about the electric power lines.”

In addition to the nuisance of power lines, some say that wind turbines are too loud and that they will pose a threat to bats. Bats are lured into the spinning blades by the sound as well as by the magnetic field the turbines produce, according to an article published by the U.S. Geological Survey.

Some believe, however, that offshore drilling would not be worth the risks. “There’s the environmental impact of massive offshore drilling- you’re going to be drilling in waters that are close to shore,” said Peter LaVenia, co-chair of the New York State Green Party. “A spill could negatively affect beaches, people and wildlife.”

Additionally, LaVenia believes that nuclear power would be a waste of time and energy. “I know people say that it’s carbon neutral, but it isn’t in the long run,” he said. “You have to get the uranium from somewhere and that requires transportation, which creates carbon emissions.”

LaVenia believes nuclear power is a mistake and that the money could be better spent on wind and solar power as opposed to “giving it to an industry that hasn’t been proven safe.”

LaVenia mentioned a few ways in which alternative energy can be furthered on a local level. “There are a number of different ways,” he said. “If you’re just looking at people who own homes, there are grants from the federal government for people who install solar panels.”

“There are different municipalities around the country that have laws that require buildings to purchase energy at least partially from renewable sources,” he said.

In any case, the U.S., torn between threats of global warming and the burden of a struggling economy, will soon have to make a decision with regards to the energy crisis, whether through widespread offshore drilling or through expansion into alternative energy sources.

People You Should Know: Robert Miraldi 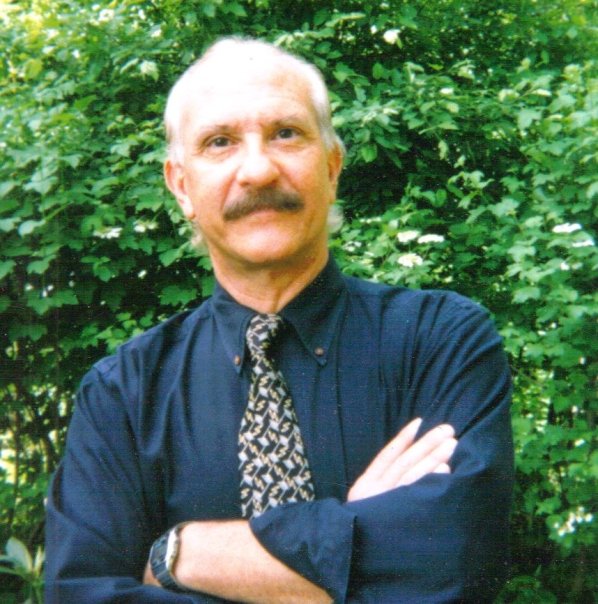