In the 1920s, women cut their hair short as an act of rebellion. In Disney’s Mulan,the protagonist clipped her tresses to pose as a male to join the Chinese army. In 2007, Britney Spears buzzed off her iconic platinum blonde locks in the midst of a mental breakdown.

But there may be a more common reason why women take the physical plunge of cutting their hair — like a breakup?

Rutgers University professor of anthropology Helen Fisher believes women cut their hair after a breakup as a coping mechanism. Radiance Spa Salon hairdresser Catherine Pine has seen a great deal of women who have cut their hair for this reason. In a study Fisher published in May 2010, she researched the brain activity when a recently broken up person views pictures of their ex. Fisher observed increased neural response in the regions that control behavior and assess behavior.

“These people were working on the problem, thinking, ‘What did I do? What should I do next? What did I learn from this?” Fisher said.

“It’s so hard to move on, but your hair is one thing you can change,” Pine said. “You can’t change the situation. But with hair you’re given the chance to change it and move on.”

A quick Google search lends itself to throngs of women questioning what motivated their post breakup actions. On a Yahoo Answers question board, many women answer the question of why they’ve done in. Most cited the need for a fresh start.

Organizational communication fourth-year student Jackie Berkowitz cut her long black hair last year after breaking up with her boyfriend. She sees her motive differently than what Fisher and Pine believe.

“I didn’t think cutting my hair would help me cope with the decision I made but would help me separate my life from the one I made with him,” Berkowitz said.

Berkowitz also said she did not regret the decision to cut her hair at the time, but now regrets it. She had kept her hair long because it was the way her boyfriend had liked it.

“It is now the shortest my hair has been in 10 years,” she said.

Since Pine is the one with the pair of scissors in her hands she is responsible for the transformation. “In the beauty industry we’re unpaid therapists,” Pine said. “I don’t just go ahead and do it, I make sure it is what they want.”

Most women cry a little during the process, Pine said.

This breakup behavior appears unique to women. A tattoo artist who wished to remain anonymous at Art And Soul Tattoo and Piercing said men only get a new tattoo or piercing after a breakup because their partner would not let them during their relationship, not because they wanted a change.

Pine agreed with this. On one occasion a man came in with his girlfriend who forced him to change his look. On another, Pine recalled a man asking for his back to be waxed because his sister told him he would not attract any girls at a beach.

On the other hand, Pine has seen women change their hair because they want their ex to be jealous.

“I knew a girl who changed from a brunette to blonde because her ex’s new girl was blonde. She even said, ‘maybe he’ll want me back if I change this,’” Pine remembered.

Berkowitz does not believe her act was rooted in jealously. “I cut my hair off and I started a new chapter,” she said. “Now it’s more for me then it is for him.”

Guest writer to HelloGiggles.com Ashley Heffernan believes cutting your hair is positive. She described in her January 2012 blog post, “We need to break up with break up hair.”

“It is not like he broke up with us because we aren’t beautiful, changing our looks does not bring him back, or make him regret, it just has you sitting at work with jacked hair and a head full of too many bobby pins,” Heffernan wrote.

Cutting your hair is about change, but it is a decision that many women make to come to terms with their life after a break-up.

View Cut It Off! in a larger map

Thu Apr 5 , 2012
Beneath College Hall, the almost untouched Rooms 45 and 46 were once a part of SUNY New Paltz’s fallout shelter. In February 1963, the plans for Fallout Protection Building No.7 were drawn up for SUNY New Paltz. The shelter would be designed to hold approximately 2580 people. Louis Roper, a […] 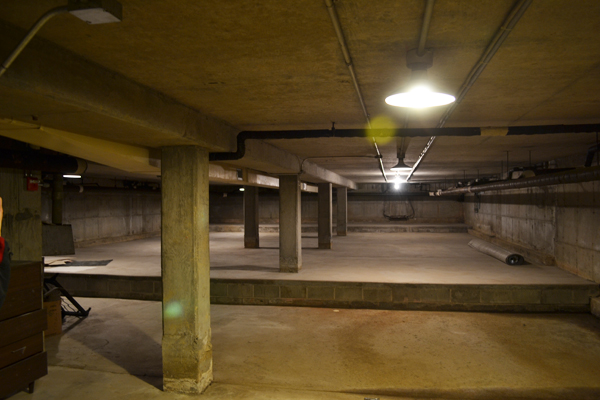