Many SUNY New Paltz students are unaware that if they call university police off campus, unless it is a direct emergency, they will be referred to town police.

The New York State University Police Department (UPD) at SUNY New Paltz has jurisdiction over the college campus, as well as the adjoining roadways including Route 32, 208 and Plattekill Road, but do not usually respond to calls further than that, according to Deputy Chief of Police Mary Ritayik.

Although university police receive calls from off-campus as often as a couple times a week, whether UPD or town police respond to said calls depends on where they come from, Ritayik said.

“Some people don’t understand,” she said. “We can only have arrest powers in certain areas. In other areas we have to turn it over to town police.”

However, there are exceptions to this rule. The New Paltz Police Department and SUNY New Paltz’s UPD have a ‘Memo of Understanding;’ a signed agreement between the president of college, the chief of police in New Paltz and the chief of UPD. It states that if the town police need assistance, or if an emergency situation arises, university police are allowed to assist off campus, but only when requested, according to Ritayik.

These jurisdictional lines have confused and even angered some students who do not have knowledge of these protocols taken by university police.

Fourth-year Secondary Education major Brianna Valentine said even though she has been going to SUNY New Paltz for four years, she did not know about this policy until it was brought to her attention.

“I would feel betrayed if I was referred to New Paltz Police, especially since [SUNY New Paltz] plugs the UPD line more often than the university says to call 911,” she said. “And considering that in the evenings, on weekends, most people are partying off-campus, [it would] make sense to let students know what the criteria is for reporting ‘off campus’ altercations or crime.”

According to the most recent available security report from the SUNY New Paltz police department, at this time the college has no recognized off campus location for monitoring off campus criminal activity.

Ritayik said the biggest issues UPD sees on campus are a high amount of alcohol and drug activity. However, that number isn’t reflected on calls UPD gets from off campus.

According to Ritayik, it is not because of a lack of empathy that UPD does not answer most off campus calls.

“Some people think it’s like we don’t care,” she said. “It’s just sometimes our hands are tied. We can’t take that call from [town police]. What if it turns into a big criminal investigation that wasn’t ours to begin with. Say you have a situation and the person ended up getting arrested but then it all comes back to who made the arrest and who started the initial investigation. Was it really our jurisdiction? Then your case can really fail that way. We want to make sure everything is done by the books to begin with.”

Although it may be a hindrance for students, business in the town of New Paltz don’t seem to mind the lack of UPD activity off campus.

The Manager of Murphy’s Restaurant and Pub on Main Street in the heart of New Paltz, Teresa Dones, said UPD would come assist if there was a large enough fight, but she did not mind the lack of UPD response.

“We usually do call the New Paltz Police, but if not, they’re always usually sitting right here,” she said pointing to the parking lot next to the bar. “They’re very alert to what’s going on.”

Dones said she usually needs to call them once a month for assistance, otherwise their own security takes care of issues.

The mindset is similar down the road for Shea O’Brien’s bar owner Garvon McClosky who said he felt the town police was enough.

“We’re Irish people here, if anyone wants to start a fight, they’re in the wrong place,” he said laughing. “The town police are fantastic.”

Ball Bill Prohibits Internet Use By Sex Offenders in Prison

Sun Mar 30 , 2014
April 1, 2013 A bill introduced by Sen. Greg Ball, R-Patterson, which would prevent some sex offenders from using a computer or accessing the Internet while in prison, was short one vote from a unanimous passing last week. Fifty-six of the 57 senators present for the March 25 session voted […] 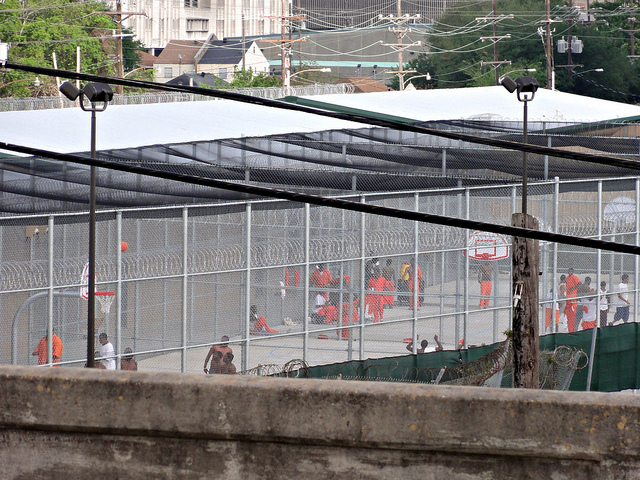