Wheels spinning, a family starts their vacation atop the Walkway Over the Hudson. They bike west towards New Paltz, passing through Highland. From there they can head south through Gardiner and Wallkill on their way to Walden. Or maybe they head north to Kingston, stopping in Rosendale on the way. From Kingston they can ride west past the Ashokan Reservoir and take in the beauty of the Catskill Mountains or travel south to Ellenville. They bike the area for a week while spending money in local shops, restaurants and hotels.

Local conservationists, officials, and volunteers are working to make a trip like this possible.

The Ulster County Planning Department, along with the Wallkill Valley Land Trust and the New York-New Jersey Trail Conference are working to facilitate the creation of this new walking trail on old rail lines.

The network of trails could lead to what Ulster County Deputy Director of Planning Chris White calls, “the bike vacation.”

People of all ages and ability levels will be able to travel across the county and to neighboring counties by foot, bicycle, horse or even skis, completely independent of motorized roadways.

Those who support the trail hope for an increase in foot traffic that would benefit local shops and businesses.

“Rail trails are distinct in that most go through cities and hamlets,” White said, “so the economic development potential is good.”

The trail will stretch 38 miles from Kingston to Delaware County. The analysis predicts 140,000 trail users per year, $3.1 million in new sales, and 44 new jobs in Ulster County.

Trail supporters also cite the benefits to public health, quality of life, and building a stronger sense of community.

There is still plenty of work to be done before the trail system is complete.

According to White, development of the Catskill Mountain Rail Trail will start this year. The first section will run 18 miles along the Ashokan Reservoir to the Hamlet of Boiceville.

The Open Space Institute received a consolidated funding grant from the state to explore ways to get the Wallkill Valley Rail Trail into the City of Kingston, according to DeBoer.

The trail currently ends at state Route 32 outside of the city.

Efforts are also under way to link the Hudson Valley Rail Trail to the Village of New Paltz, connecting the broken trails that run south from Kingston to Ellenville, and extending the Wallkill Valley Rail Trail south.

Each has its own challenges from getting easements to cross state prison property to navigating populated areas like the Village of New Paltz.

Despite the motivated individuals behind the scenes, it will be some time before the vision becomes a reality.

“It could take several years, possibly a decade,” White said.

Thu Mar 13 , 2014
The decrease in parking on the SUNY New Paltz campus due to ongoing construction and the snow has left students frustrated and concerned for their safety. But closer parking is one frustration that will not be getting fixed. According to the SUNY New Paltz website, the college is in the […] 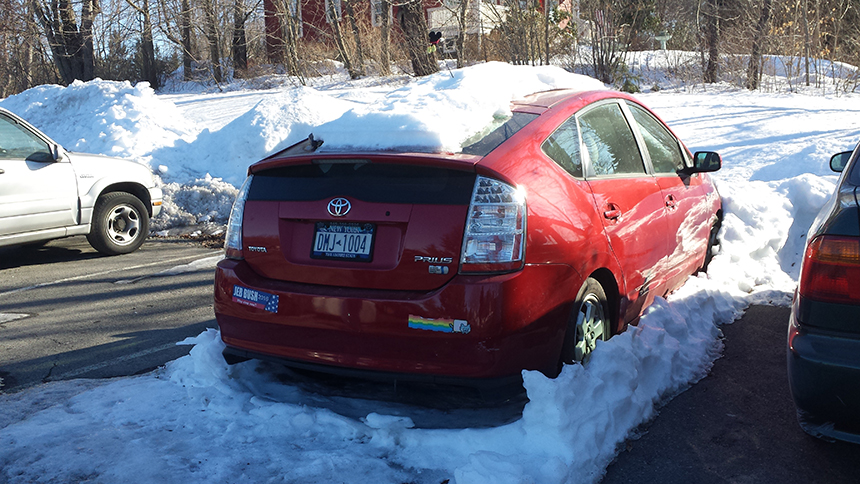