Dr. Mary A. Papazian, a SUNY New Paltz presidential hopeful, met with students, faculty, and staff on Thursday, Feb. 17, to speak about her experience as an administrator in higher education. Papazian is one of three finalists for the position of SUNY New Paltz president. During the three opportunities scheduled throughout the day, nearly 200 people came there to speak and voice their own opinions.

“I believe in the academic mission,” said Papazian. “I believe in the success of students, I believe in our engagement with the community, and I want to make sure that I protect the long-term interests of the college while addressing the short-term issues.”

Since July, 2007, Papazian has been the Provost and Senior Vice President for Academic Affairs at Lehman College, The City University of New York, in the Bronx, attributes her work in higher public education to her own experiences at the University of California, Los Angeles as an undergraduate and graduate student.

Parazian focused heavily on her professional credentials. Prior to working at Lehman College, Papazian held administrative positions at Montclair State University in New Jersey and Oakland University in Michigan. Each of these posts she held for three or four years, a fact not popular with the audience. “We need someone to fix this situation because of all the money we’re losing,” said Brittany Martin, a first-year political science major. “The fact that she jumps around a lot might be a big issue.”

When asked how soon she would look for a new job opportunity if awarded the presidential position at SUNY New Paltz, Papazian said, “who knows?”

She said she believes a good president must spend some time at an institution to make a difference. If selected, she would not look to be loved, but rather “respected and, hopefully, admired.”

“Be wise as serpents, and as innocent as doves,” quoted Papazian from the Book of Matthew.

The prospective president knows people are inherently political, but she also understands many different environments, which allows her to conquer goals.

“It’s [liberal education] about who were are as a people,” she said,.“It’s about understanding the perceived wisdom of the past and how that can inform our decisions going forward. Our students not only have to have skills, but have to understand what it means to be a member of society, how to contribute to the greater good.”

As for the pressing issue of what will be cut as SUNY New Paltz’s belt tightens, Papazian could not offer any potential plans. She said no one could make those decisions without “living it” and “talking to people,” adding that her goal was to make any necessary cuts in the most informed way possible.

Despite the realities of restrictions due to financial cutbacks, Papazian said she feels SUNY New Paltz has a momentum she hopes she can help carry into the next decade.

“I’m not really educated in the responsibilities of the SUNY president,” said Tom Casey, a fourth-year journalism major. “But, if she can look out for the best interests of the students and staff and try to offer opportunities that make the campus someplace people want to go to, then I’d support her.”

Thu Mar 10 , 2011
Lorenn Kassel is about to graduate, but questions the path of her future once she leaves SUNY New Paltz with a degree. Check out more  documented journeys: Dylan Gerety challenges himself against technology in a 72 hour experiment without any cell phones, television, video games, or Internet. Kelsey Lang leaves […] 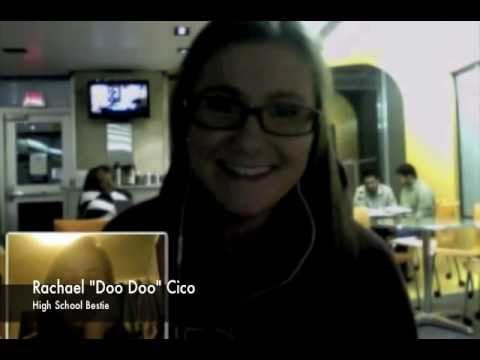