At 9:50 p.m. on a Thursday, many SUNY New Paltz students are found shut up in their rooms studying, while others may be heading to Tower Hour in town. But in the Elting Gym dance studio, the Culture Shock Dance Team auditions were beginning, and tension, as well as hip hop rhythms, filled the room wall to wall.

Culture Shock, a New Paltz group for 15 years, held auditions on Feb. 7 for new dancers. Though most known for their hip hop style, the club also incorporates reggae, Irish step, contemporary, vogue-ing, and salsa techniques into their routines, said the club’s president, Craig Washington. The team chose to hold auditions in the Spring, a deviation from its normal schedule of annual September auditions.

“We haven’t done spring auditions in a long time,” Vice President Nicole Pemberton said as the women auditioning filed into the dance studio to begin warm-ups. “But it’s nice to have more people, because with a small team we have to learn everything and be perfect, so a bigger team takes some of the pressure off.”

Culture Shock, known among students for their elaborate Dance Evolution productions each fall, had up to 30 members on the team in previous semesters. But the current 12 member team has no set quota for new dancers.

“Whoever we think can be a spark is welcome,” said Pemberton, third-year sociology major.

Washington said he tries to come to auditions without expectations of the outcome.

“I feel we can get any or no one. All is left in the air,” Washington, the fourth-year music major, said.

After the current Culture Shock members introduced themselves to those auditioning, they explained the audition process. A one minute dance routine would be taught and those auditioning would return on Sunday for the callback portion to perform the routine and a solo if desired.

The next step of auditions was teaching the routine using a music mix that included 20 songs in 45 seconds “to get you used to the rhythms,” Washington said.

Danit Ianovici, the dance teacher, stood at the front authoritatively directing the women to their next move using a language of beats all her own.

“Goom, ha, ha, up, down, out, in!” She yelled as she danced, staring intently in the mirror at the women behind her. The only sound in the studio was her chants, the hum of a ceiling fan, and 24 syncopated stomps.

After the full routine was taught and practiced straight through multiple times, the song mix was put on. “Milkshake” by Kelis drowned out all sound in the room, followed by Gwen Stefani’s “Yummy” and a slew of other upbeat songs.

During a pause between practices, Ianovici stopped and announced to the women, “Face and energy is everything, even if you’re messing up.”

“Dancing is important, but so is showing your attitude and your personality. If you’re thinking too much about the steps, you can easily get lost in the sauce,” she said.

As the women danced, there was a range of facial expressions. Some grinned confidently, effortlessly gliding from one move to the next, while others stared intensely at their reflection in the mirror, brows furrowed, grimaces appearing during the more complex dance sequences.

For the final part of auditions, Culture Shock performed the entire dance, including the one minute routine taught earlier that night. Those auditioning were allowed to film.

After taking a few moments to catch their breath, the exhausted auditionees gathered their belongings, thanked the members of the dance troupe, and left the studio one by one. They knew their fate would be sealed when they returned to Elting Gym Dance Studio three days later.

So what does it take to get into Culture Shock?

“A lot of it is dedication, and being open-minded. Sometimes we do things that we aren’t all comfortable with, just because we’re not used to it,” Pemberton said. “The ability to accept a challenge is a must.”

Though the 12 women who auditioned accepted that challenge, none were added to the group in the end.

But as Washington said before auditions, a group like Culture Shock can only accept those who meet the standard, set high by seven hours of weekly, dedicated practice.

“We don’t settle for anything less than the best.”

Second-Hand Duds Can Be First-Class Finds

Tue Feb 19 , 2013
Nimble hands surf the racks of used and unwanted clothes at local thrift stores for one thing – the hidden treasure. Whether it’s a J.Crew cardigan for $4, or a BCBG dress for $7, thrift stores have many benefits for college students on a budget. SUNY New Paltz students stay […] 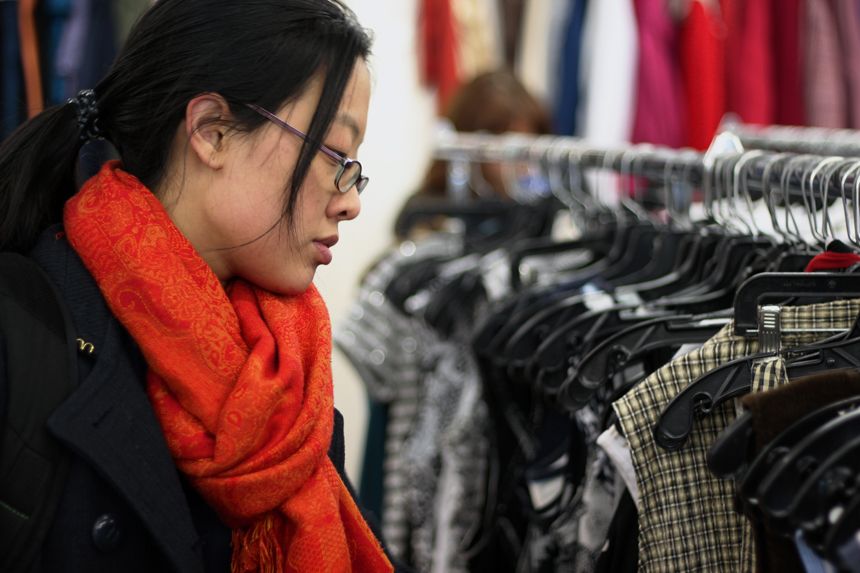