If Facebook came with a side effects label like prescription drugs do, it might read something like this: “May attract creepy stalker-types, crumble communication skills, give the impression that you have more friends than you actually do and add a few hours onto an already time consuming term paper.”

Facebook is slowly damaging the lives of students at SUNY New Paltz, but while many are aware of the problems of social networking Web sites, they remain largely apathetic.

Students are harmed by Facebook in many ways but the most common problems it causes for students are lower grades and the loss of privacy. A 2008 Georgetown University study found college students use Facebook about 30 minutes a day, regardless of how busy they are. Nearly 10 percent of the students said they like it so much that they find it addicting.

“I was obsessed with looking at his Facebook,” she said. “What his friends and girls were saying, pictures of him. I would click on any girl’s name that showed up on his page.”

However, many students remain unaware of how Facebook affects them.

A study by Ohio State University found that, despite many students’ claims that Facebook does not affect their grades, its users have lower grades and spend less time studying than non-users.

“Sometimes I go on Facebook in class,” said Brittany Wylie, a first-year student majoring in education. “It distracts me and I lose track of the conversation, but I can’t help it. Once the teacher called on me and I didn’t have a clue what the answer was.”

Another problem for students on Facebook is the lack of privacy, with personal information exposed to anyone, depending on a user’s privacy settings. Even with the strictest settings, it is not possible to control what other people post.

“I’d untagged a picture of myself in sophomore year, where I was drunk and dancing,” Tommie-Grace Melito, a black and Spanish studies double major, said. A year later a man she’d only met once re-tagged the photograph of her. “It was really weird and bizarre. I didn’t even know this kid.”

Michael Wickham, a second-year student, said spending time checking out other people’s Facebook profiles and photographs leads to judging them.

“I would have less opportunity to judge people without Facebook,” he said. “People care way too much about other people’s Facebooks. We shouldn’t have the right to look at each other’s lives and judge.”

Other students acknowledge the dangers of Facebook, but accept them.

“That’s the point of Facebook! It’s designed for you to stalk people,” Ari Buziashvili, a second-year student majoring in history, said with excitement. “And if people say different, they’re lying. Why does Facebook exist? So you can go and post on someone’s wall and see what they’re doing… I go to my classes, then come back and I’m on Facebook for two or three hours at the least and I get up and go around but Facebook is always on. Even if I’m not there, it’s on… Sometimes all you can think about is Facebook…but the positives are that you can get in touch with people you haven’t seen in a long time or live far away.”

The relationships people have with each other have also changed because of Facebook.

“Social media is fine when used in moderation, but I don’t think most people do that,” Joseph Poulos, a creative writing major, said. “People use texting and Facebook as a crutch instead of calling or meeting up with their friends. I think it has created a lot of false relationships.” 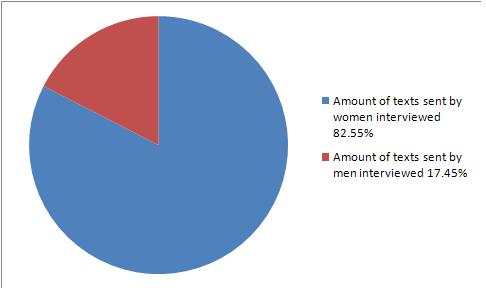