Texting has become more and more of a distraction for people constantly obsessed with sending short, fragmented phrases back and forth to one another.

Long is just one of many female college students who text friends and family while doing everything else.

Women use texting and Facebook to socialize while men tend to prefer face-to-face socialization, according to interviews with SUNY New Paltz students.According to a 2009 study by Indiana University, not only do women tend to text more often than men, women also write longer, more detailed messages. Men tend to stick to slang and short messages.

“Girls like to stay in contact more than guys,” Chris Bruen, a third-year student and English major said about texting. “Guys don’t care enough – they’d rather deal with it in person.”

Due to her excessive texting, Wagner’s bill that month was $70 over her usual amount.

However, not all students feel the need to text. Greg Guerra, fourth-year student majoring in history does not have text messaging on his phone.

“I feel great about not having it,” he said. “I call people or have face-to-face interaction instead.”

Sarah Szabo, a second-year student majoring in secondary math education said she constantly texts and checks her phone during class.

“I don’t find it to be a distraction,” she said. “If I wasn’t texting I would be doing something else to stop myself from falling asleep. Plus more people answer me when they are in class; I guess they are doing the same thing I am.”

“If someone texts me, I always stop what I’m doing to reply,” said Kevin Snyder, a second-year student majoring in elementary education. “Whether I’m in class, studying or sleeping, when I get a text message, I answer it within a few seconds.”

A 2009 study from Belgium reported that 44 percent of Belgian’s 16-year-olds are being disturbed in their sleep by text messaging. Students at SUNY New Paltz admit text messaging also disrupts their sleep.

“If I’m sleeping and I receive a text message, I’ll check to see if the message is important and then I’ll answer it,” said Alexandra Perfall, 19, a second-year student majoring in communication disorders.

Jasmine Mei, a second-year majoring in childhood education, does not wake up to text messages during the night, but admits to text messaging while she is in class or studying.

“I’ll usually text on my phone in class when the teacher is not looking,” she said. “Or if I’m not taking notes.”

However, other students are not as eager to text during class.

“I usually get a lot of texts while I’m class, but I don’t check my phone until class is over,” said Ryan Cassidy, a second-year student majoring in childhood education.

Cassidy admits the texts are still a distraction.

“I can’t help but wonder who it’s from and what it’s about,” he said.

Text messaging is also distracting when students are studying.

Michael Zelensky, a computer science major, answers text messages while he is studying and admits, “it breaks your train of thought.”

“Sometimes I have to read the same paragraph over and over because I keep getting text messages,” he said.

Mary Grace Hamme, a second-year student majoring in communication disorders, tries not to allow text messages to interfere with studying by putting her phone in her bag.

Now if our generation could get past this texting craze, we’d really be doing something.

Thu Dec 3 , 2009
My thighs are moldy Jell-o. When I walk, they jiggle with a delayed reaction, and I hate when that happens. I have to take my hands, move one leg forward and then the other. They are so heavy that my saggy arms become limp and so my leg drops and […] 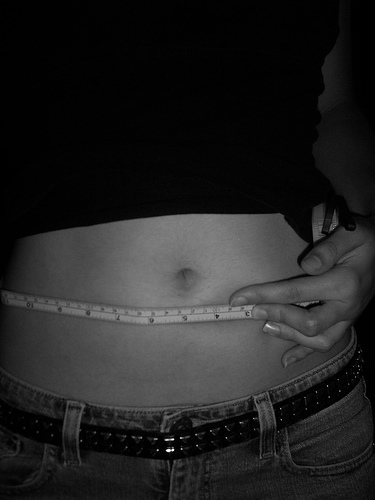