Two signs on either side of the door of room 116 declare the room to be the “Digital Fabrication Lab.” On this particular afternoon, a dusty and dirty brick props the door open just a few inches, keeping some air circulating to leave just a hint of the acrid smell.

Room 116, a vast corner in the Smiley Arts Building, used to be a gallery, run by the Student Art Alliance (SAA). The door was always open. Students and art were free to come and go. On this day, the old gallery is nearly silent, except for the faint clacking of keyboard keys in the far left corner. Two huddled figures, both with long, brunette hair and unremarkable clothing, work diligently with their backs to the world, using Rhinoceros, the 3D design software. Eventually, the design will be sent to the laser cutter, or the 3D printer that prints in layers of hot plastic, building until the three-dimensional piece is complete.

Like the former student gallery, the lab serves all in the art department.

“The lab is set up as a space where anyone in the art department can take a class to learn the equipment and then come use it,” said Professor Jen Woodin, who oversees the lab with the help of two graduate students and a lab technician.

Many students are able to integrate 3D modeling into their work. Woodin described one student’s use of the lab for a printmaking project. She said that using the laser cutter, the student designed pictures to be cut into wood and then inked the final product and made prints from it. Other students have used the 3D printer to make molds of the 3D objects, casting them later in other materials. The SUNY New Paltz SolarCar Racing Team even used the 3D scanner to scan the engine block.

“People are getting excited as they realize what it does and that they have access to it,” she said.

Woodin was hired by the college two years ago to bring in new technologies for various areas within the art department. Although the laser cutter and engraver were already in the lab, Woodin was able to negotiate funding for the 3D printer, and said that all of the computers in the lab, three Macs and two PCs, were recycled from older labs on campus. Using the room had already been decided.

David Cavallaro, assistant to the Dean and associate chair of the Art Department, said that room 116 was originally a classroom.

“I think that, ultimately, the purpose [of a gallery] is to create visibility of the arts,” he said. “A classroom in an art building is not the ideal location.”

This year marks the first year that the space will be fully functional as the Digi Fab Lab and almost two years has passed since room 116 was a gallery. Managed entirely by the SAA, the gallery had a “gallery coordinator,” responsible for organizing and overseeing shows. Michael Bonasio, a 2004 graduate from SUNY New Paltz’s fine arts program and a former gallery coordinator, smiled recalling his gallery experience.

“We used to go all out for openings and a lot of planning went into the shows, but it was always so much fun,” he said. “We had bands come, or someone would DJ…we would just hang out and look at the crazy art, and enjoy it.”

He remembered the relaxed atmosphere, the empowering freedom to work and the sense of exclusivity its location in Smiley provided. Bonasio Cavallaro had similar memories. He described the L-shaped basement of Smiley Arts, describing how people crammed into every corner, not caring if they could see each other, the band or the art. Despite some quality shows and its popularity, Cavallaro still felt the gallery wasn’t ideal.

“For me, the art exhibition space was lost,” he said. “The focus became on the party.”

Now, the focus of room 116 is solely on progress and the art itself.  Woodin said that there is currently one undergraduate course and one graduate course that involve learning and using the lab, but that some foundation level classes include projects in the lab. She hopes that, as more instructors learn the equipment, more classes can be held in the lab.

“I want to see it function as a collaborative space for students and faculty.”

Check it Out: Two States

Thu Apr 28 , 2011
In a world where music can be made by a kid in his mother’s basement using just a computer, it is refreshing to hear some good ol’ rock n’ roll.  Enter Two States. Hailing from Pleasantville in southern Westchester County, these five young dudes have been avid listeners of all types […] 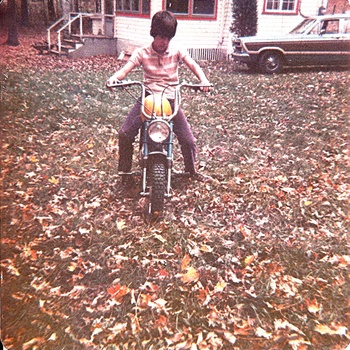