Signs that read “Don’t Frack With Our Water” rest along the sides of Lecture Center 100 Monday night for a screening of the movie “Dirty Business,” produced by Peter Bull. Sponsored by the New York Public Interest Research Group (NYPIRG), the focus was to bring attention to “the price we pay for cheap energy,” said Wes Gillingham, a Catskill Mountain keeper, and one of the panelists for the event.

The film’s central point was highlighting the world’s dependency to coal, as a means of energy. It asserts that while coal is considered cheap and plentiful, there are substantial “hidden costs.” The increased carbon emissions that contribute to global warming is just one of the issues the film takes up with using coal.

Mountain top removal for coal was featured prominently. Coal ash residue, as well as coal sludge has created a health risks in areas where the process is greatly used, like the Appalachian Mountains.

In addition to putting the wellness of people in danger, the film provides photo evidence that the mountainous areas that are used to dig for coal are permanently damaged, never able to sustain the same kind of forest life it once did.

“We weren’t vigil enough,” said Donna Branham, an organizer from West Virginia, serving as a panelist.

When the film presented the way companies suggested they were using “clean coal” techniques in their process, it was met with screams of “Lies!” and “Liars!” from several in the audience. The film attempts to debunk these claims in a string of diverting analogies by interviewees where they say that “clean coal” is akin to a “healthy cigarettes.”

Following the end of the screening, a panel of activists and experts took questions from the audience. Many in attendance were activists and well versed in these environmental issues. They asked about how they can continue to prevent mountain top removal locally, and other dangers that hold similar environmental consequences, like hydrofracking, or “fracking.”

Ideas involving solar, wind, hydrogen powers were traded back and forth between the audience and panelists.

The goal is to raise awareness of this problem to the national stage.

“Move beyond carbon based fuels, and we can move towards a healthier future,” said Dr. Kathy Dolan, who gave a presentation after the screening and helped organize the question and answer segment.

Thu Aug 30 , 2012
We always see the farmers market in front of the Lecture Center on Thursdays. We can also see them by the 36 Main Restaurant and Wine Bar parking lot on Sundays. That’s not the only kind of local business our farmers get. Much of the New Paltz food industry has […] 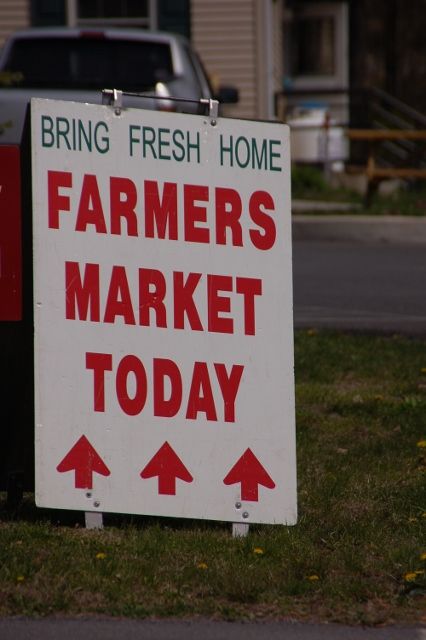