Abby Duckor, a third-year Art History major, hurries to the Smiley Art Building. Pools of ice fracture beneath the heels of her well-worn cowboy boots.

In room 114, she discards her long, black pea coat, fuzzy maroon hat and dark blue scarf onto a table. She smiles warmly at the only other person in the room, a student whose charcoal and paper completely obscure the neighboring table, and strikes up friendly conversation.

“Late nights working in Smiley are nice,” said Duckor. “You’re automatically friends with anyone who’s there. You’re all in the same boat.”

Students often use Smiley Art Building, located in the middle of campus, as a shortcut between classrooms and the dorms during the day.

The students who remain after 9:20 p.m., when the last studio class ends, are more familiar with the feel of oil paint on their hands than of a wooden P&G’s booth, quaking with music beneath their feet.

Painting and Drawing majors, seasoned veterans of the late shift, work alongside freshman art majors, who are required to take a year of foundation classes here.

Infamous among all art majors is the semester-long color wheel project in Design I.  For this assignment, students have to paint perfectly smooth and cut out color swatches. These squares are arranged to form a traditional color wheel and several rows of tones, shades and values.

This task, much more daunting than many students imagined, left them with hundreds of small, painted squares showing up in their shoes, pockets and bags – products of countless late nights in Smiley.

“Like everyone else, all I remember doing is the color wheel project,” said Keri Sheehan, a third-year Photography BFA. “I would stay up until one or two in the morning painting those tiny squares over and over again. There were so many of us up all night working on that project that we were always delirious by the time it was midnight.”

Students work side-by-side at the drawing tables, covered with paint and deep cuts from X-Acto knives of past all-nighters. Almost all of the nearby easels have a chunky coat of oil paint, earned layer by layer during their years of residence in Smiley.

Ian Gallagher, a third-year Painting BFA, describes his experience as a new art student confronted by the challenging workload of foundation classes as “painting squares and smoking the occasional spliff to remain insane. Sane? I don’t know.”

There are as many colorful stories about the goings-on of Smiley as there are clouds of charcoal and ink covering its once-white walls. After sitting on tall, stiff metal stools for hours on end, students need to unwind.

“You go to art school, you get what you pay for,” said Gallagher. “There are dogs running about the BFA studios, and a bum once lived in the basement.”

When student artists leave Smiley and enter the crisp, late night or early morning air, they say they trudge down the steps, overwhelmed by the anticipation of crawling into their warm beds. The pride of furthering their craft will carry them, with a tall cup of coffee, through the next day.

“It’s [being an art major] not the easy way out or just fun, fun, fun in the sun,” said Rachel DeVona, a third-year Art Education major with a concentration in Painting. “It’s fun because I’m doing what I love and I love doing it!”

Explore The Dungeon by Andrew Limbong.

Sexy Sarah: The Only Girl in the Band

Thu May 5 , 2011
“Sarah looks sexy in my clothes in general, but when she goes out wearing a rock and roll concert t-shirt, my heart starts racing,” said Jamie McGraw, lead singer of Mandred, a band Sarah Tusch recently joined. Tusch, 22, grew up in Central Valley, N.Y. and has been playing violin since she […] 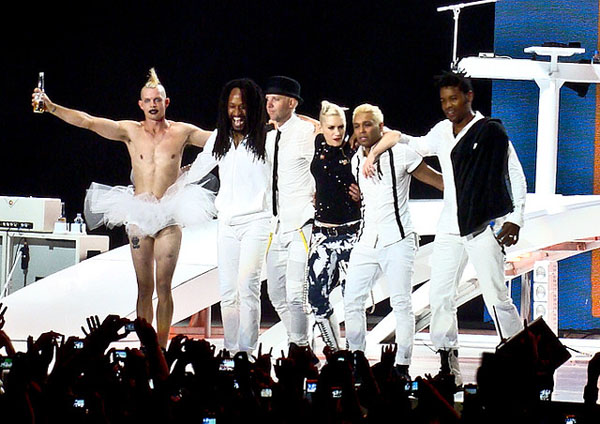