“Sarah looks sexy in my clothes in general, but when she goes out wearing a rock and roll concert t-shirt, my heart starts racing,” said Jamie McGraw, lead singer of Mandred, a band Sarah Tusch recently joined.

Tusch, 22, grew up in Central Valley, N.Y. and has been playing violin since she was 9 years old.

“When I played in front of all those people, the feeling was indescribable. You’re surrounded by musicians who are accompanying you, the main act on stage,” said Tusch.  “All eyes are on you, and by the time I finished, I had this overwhelming sensation of such an incredible high.”

During her sophomore year of college, after transferring from SUNY Purchase to SUNY New Paltz, Tusch joined the band Mandred. For Tusch, joining the band was when classy really began to rock.

“I like to dress to impress. I’m the only girl in the band, and I’m playing a unique instrument for this kind of music, so I want to make sure I stand out,” said Tusch.

Tusch claims she feels the music most when wearing just heels, jeans and a nice shirt.  However, on her down time when she’s not playing, a sweatshirt is great because being comfortable is always important to her.

“When I’m playing, I’m rocking out and I’m in the zone.  I feel alive and it’s such a great atmosphere to work with people who speak the same language,” said Tusch.

Turning her classic violin into an electric violin gave her the edginess she has to this day.

“After being classically trained for so long, moving to the electric violin opened my eyes to a new and exciting style of playing,” said Tusch.

Tusch has performed everywhere from weddings, to the Bardavon in Poughkeepsie, to bars in New York City.

“Sarah is great in the band.  Playing nightclubs in the city at 1 a.m. was a bit of a stretch at first, but she stepped right in and became an integral part of the band. She’s my rock star,” said McGraw, who is also Tusch’s fiancée.

“Playing live in a band gives you an overwhelming feeling of acceptance and family, within your band members and your audience.” said Tusch, “That high is different, maybe even a little more exciting, but it is equally as overwhelming and thrilling to me.”

When Tusch isn’t at school or performing she teaches private lessons to kids who want to better their violin skills.  Since her major is communication disorders at SUNY New Paltz, working with kids and teaching violin lessons is one of the many things she loves to do in her free time.

Tusch hopes to continue with her music after she graduates college. “My dreams for the future include marrying the lead singer of a band…Check!  Also, to hopefully get our music out there to the public through CD’s and shopping it around to become better known,” said Tusch.

Thu May 5 , 2011
Students are often considered to be one of the most valuable assets to a community, and SUNY New Paltz offers its students many opportunities to become active citizens. According to the school’s website, there are over 100 clubs and organizations recognized by the Student Association. However, students are often left […] 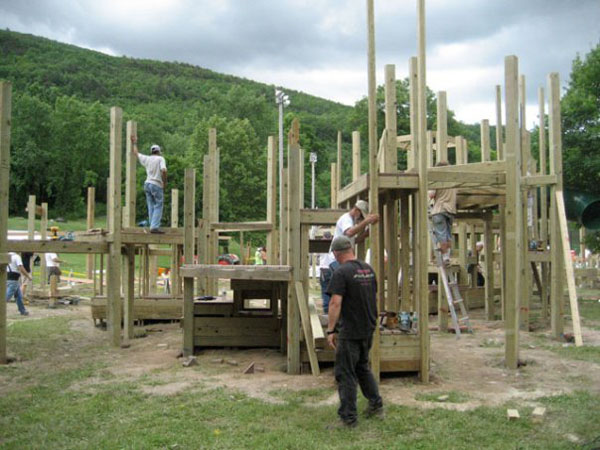