Church bells ring and only 33 percent of young adults between ages 18 and 29 are filing into the pews, according to a 2007 Pew Forum Religious Landscape Survey.

Young adults born after 1980, otherwise known as the Millennial generation, are less likely to be affiliated with a church than their grandparents or parents were when they were young, according to “Religion Among the Millennials,” by the Pew Research Center.

Bishop Gregory Ortiz of Christ the King Church, a Charismatic Episcopalian congregation off of Route 32 in New Paltz, said he sees only a handful of college students attend his services on Sunday mornings.

“I think that church participation in that group is down significantly in general,” he said. “The largest demographic are families in their thirties and forties with their school-aged children.”

The Pew Research survey also found that 20 percent of young adults actually categorize themselves within a faith, as opposed to the 39 percent of 30 to 49-year-old adults who affiliate with a religious practice, which is a main reason Ortiz sees more of this age group in his parish.

Ortiz also said that students who do not attend mass now most likely did not go before entering college.

“There is a huge demographic shift and far fewer students entering college have been going to church before they arrived,” Ortiz said.

The intensity of faith among Millenials who do affiliate with faith presently, seems to be as strong as it was among young people 30 years ago, according to the Pew Research Center.

“Among Millenials who are affiliated with a religion, however, the intensity of their religious affiliation is as strong today as among previous generation when they were young,” the study said.

Three SUNY New Paltz students and members of the Navigators for Christ club on campus are the part of the 20 percent of Millenials who associate with a faith and seem to be strongly involved: fourth-year students, philosophy major Brendan Bosanko, communication disorders major Stephanie Lulli and interpersonal communications major Josh Clink, all identify as Christians.

Bosanko attends mass at St. Joe’s Catholic Church in New Paltz every Sunday morning and said that the experience and said that church attendance is crucial if you are not involved in a religious way on campus because it is easy to fall away from faith.

“If you’re not in kind of a religious groove on campus, then that’s something that’s almost necessary or else you could backslide, you forget, ‘who am I with God,’” he said. “You could sort of forget your place if you don’t constantly go back and pray and go to church.”

Bosanko said that in his hometown of Albany, N.Y., he attends mass every Sunday. As a child, he attended mass every week with his family, but fell out of it in high school. He found God again when he was 16 after making his confirmation and is now involved with Navigators for Christ and the Catholic Campus Ministry at New Paltz.

Lulli belongs to Fellowship Baptist in Highland, N.Y. Growing up she said church was a big part of her life as her father is a Sunday school teacher. Lulli said that the sense of community a church brings is rewarding.

“It’s just nice to be with a church family because even when it’s not Sunday, they’re there for you,” Lulli said.

Clink attends a non-denominational Christian congregation, Common Ground, as well as Fellowship Baptist in Highland. As a child, Clink said that his parents took him to mass on Christmas and Easter and used going to mass as a punishment for him, but after rediscovering his religion in high school he learned to love attending mass and to “follow God’s will.”

“It’s a form of obedience,” Clink said. “Scripturally speaking, we are supposed to get plugged into a church and attend church on a weekly basis.”

Bosanko said the religious life in college does not come without trials. He said that students will indirectly mock religion in class and that through being faithful, he faces personal and spiritual hurtles on campus.

“Most of my problem with spirituality here is temptation,” he said. “It’s just everything happening around you like your suite mates are just having a party in the suite and they’re drinking illegally and how sex is so normalized.”

Lulli said it’s easier for her to avoid these tempting practices because she lives off campus in her family’s home in Highland, but her friends are aware of her beliefs so they tend to leave her out of things.

“One of my close friends that I grew up with in the church, now she’s in the party scene and she’s like, ‘so we’re going to the bar, and I know that’s not your thing, so we can hang out after,’’” Lulli said.

Clink said that aside from the temptations of partying, drugs and casual sex that are present on campus, it’s a bit of a contradiction to be religious and be a student at SUNY New Paltz.

“It’s almost an irony in a sense, with just how liberal and open minded and accepting the school is,” he said. “Just the idea of religion is put just away and just neglected. It’s close-minded toward religion because of the open-mindedness of so many people and it shows in classes, in clubs and groups on campus.”

The Pew Research Center study found that 33 percent of young adults take Scripture to be literal and according to Scripture and the Christian belief, “drunkenness” and “fornication” are against God’s will, things that Clink said college students feel they should partake in as part of the college experience.

“I think a lot of people look to college and like younger years as, that’s a time to party, that’s a time to have fun and hang out and get these worldly desires you want to do out of the way,” he said. “Then when you settle down, have a family, it’s almost like a Christian retirement plan. ‘Once I’m done having fun and wanting to do what I want to do, then I’ll kind of eventually get around to doing the church thing.’”

Lulli said she believes this mentality is dangerous because people may not have the time they need here to get back into church life.

“I think it’s just like you don’t know when your life is ever going to end, so it’s scary,” Lulli said. “They can die tomorrow.”

Sun Nov 11 , 2012
It’s Tuesday, Oct. 30, and fourth-year radio and production major Joe Neggie is sitting on the floor of his apartment with a white T-shirt, peanut butter, corn syrup, red food dye and a pair of scissors. Tomorrow, he said, he’s going to be “tiger lunch.” “My girlfriend and I wanted […] 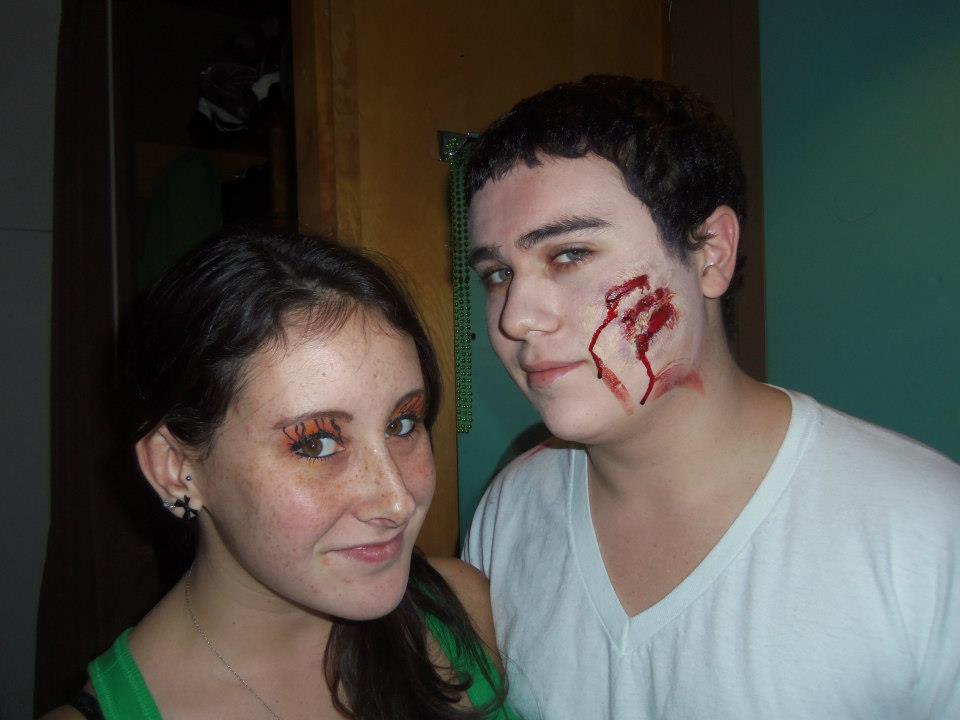