It’s a peaceful Sunday afternoon on the quad. Hungover students are beginning to slowly wake. Suddenly, the calm is interrupted by shouts and running feet as the two groups of medieval fantasy adventurers begin a fight over territory.

Within a few minutes, the conflict is over. The dead stand back up and they prepare for the next round.

Sound unusual? Well, it is. It’s called “live action role-playing,” or LARP, and it’s a new club started by third-year student Lauren Coluccio and second-year student Claire Lines. They use homemade imitation weapons called “boffers” built from PVC pipe, foam and lots of duct tape. Some of the LARPers have their own costumes and weapons, but others show up in civilian clothes and borrow their arms from the club.

According to Coluccio, who is dressed in a cape and elf ears, students on campus have had varied responses to the group.

“Usually people just stare at us and are like, ‘what are they doing?’ But sometimes people just get in there,” Coluccio said, noting one specific incident in which a student dressed as a Jedi from “Star Wars” approached her mid-battle and hit her with a plastic lightsaber.

LARPing has been gaining popularity recently after being exposed to the public in the 2008 movie “Role Models,” which depicts large-scale LARP battles.

The SUNY New Paltz LARP club, however, only boasts about eight regular members. Coluccio says the club would ideally like to be able to hold a larger event.

One of the problems the club faces is the high costs associated with LARPing. Lines referenced a Web site which sells professionally-made boffers which range from $60 and higher.

“They look really great but they cost more than we can afford,” she said.

However, Coluccio and Lines have recently figured out the costs of creating their boffers and are making them available to purchase to other local LARPers. The cheapest option is a dagger for $5. A six-foot William Wallace-style claymore with engraving would cost $19.50.

Coluccio says she has big plans for the club. After applying for approval from the Student Association next semester, she hopes to get funding for a trip to participate in a larger LARP in New Jersey.

Lines, however, is less enthusiastic.

“Do I really want to go on a road trip with the LARPers for three hours? I’m not sure.”

Putting the Death Penalty to Sleep

Wed Nov 18 , 2009
Executioners struggled unsuccessfully to find a vein to lethally inject Romell Broom. The team was so inadequate when it came to lethally injecting Broom that they needed to take a “break” after two hours of failed efforts, said Broom’s attorney Adele Shank. If it sounds cruel and unusual, that’s because […] 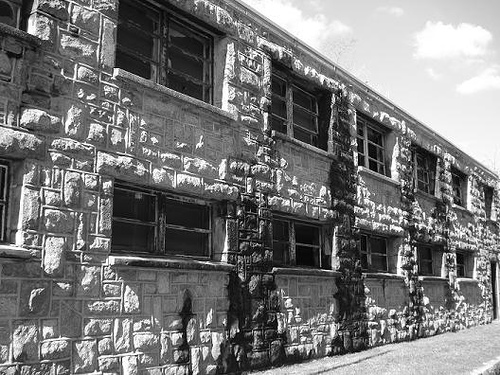