New York Sen. Kirsten Gillibrand is among the most popular incumbent U.S. Senators in the entire country – the latest Quinnipiac poll found her sitting atop a solid 49 percent approval among New Yorkers, with only 26 percent disapproving – but that doesn’t automatically mean smooth sailing for Gillibrand’s electoral prospects.

In the 2010 midterms, Gillibrand defeated Republican opponent Joseph DioGuardi, a former Westchester congressman, by a margin of 2 to 1 in a special election to fill the seat which had been vacated by Hillary Clinton. In 2012, Gillibrand must again run for re-election, this time to a six-year term, and one unlikely name is emerging as a possible challenger.

In the 1990s, Rick Lazio was a rather low-profile name, representing New York’s 2nd congressional district, which covers parts of both Nassau County and Suffolk County, in the U.S. House. In 2000, however, Lazio was catapulted onto the national scene, drafted by the New York Republican Party to run against then-First Lady Hillary Clinton in the state’s U.S. Senate race. Lazio entered the race after New York City Mayor Rudy Giuliani, who’d be expected to run against Clinton, bowed out due to health issues. Suddenly, Lazio, engulfed in the most high-profile U.S. Senate election in years became the new GOP star overnight.

For a while, Lazio even looked like a real threat to Clinton’s political bid. He led in several early polls and coalesced the Republican base with a simple campaign slogan – “I’m running against Hillary Rodham Clinton.” That September, however, Lazio saw his numbers tumble amid a gaffe he made in adebate against Clinton. During the debate, Lazio left his podium, approached Clinton and slammed a piece of paper (a ban on “soft money”) on her podium. Lazio then proceeded to demand that Clinton sign it. She refused. Voters were turned off by Lazio’s behavior in the debate and, on election night, Clinton cruised to a 12 point victory.

Following his 2000 defeat, Lazio emerged as a force within the private sector, accepting a lobbying stint at J.P. Morgan. In 2010, however, he attempted his first political comeback, running for the Republican nomination to take on Democrat Andrew Cuomo in the state’s gubernatorial race. Alas, Lazio, a moderate Republican, failed to connect with the growing Tea Party movement, which gravitated toward the candidacy of conservative businessman Carl Paladino. On primary night, Paladino defeated Lazio by a margin of 2 to 1. For the second time, Lazio was declared dead.

Lazio, however, doesn’t seem to be getting the message.

In early April, 2011, a conservative news outlet stumbled upon a link, not yet activated, to a “Rick Lazio for U.S. Senate in 2012” website. This came amid rumblings that Lazio was eying some sort of political candidacy in the upcoming elections, whether it be statewide or back in Long Island, where his political career began.

A U.S. Senate run perhaps makes sense, however, at least in the short-term. As it stands, no Republican has stepped up to challenge Gillibrand’s re-election bid and, thus, with an empty field, Lazio could well enter and win the GOP nomination with ease. He’s a strong fundraiser with the state GOP and has high-profile allies in former Gov. George Pataki and former New York City Mayor Rudy Giuliani. Plus, the other possible Republican candidates – former Lt. Gov. Betsy McCaughey and former George W. Bush advisor Dan Senor – would be very beatable.

The problem for Lazio, of course, would be Gillibrand. She is a fresh, exciting, attractive and all-around appealing force in today’s political scene. He is a washed-up, bland as vanilla, dull as dirt has-been who hasn’t held elected office since Bill Clinton was president. That’s not to say Lazio is the worst candidate the GOP could nominate. In fact, he’s probably one of the best, which is a real testament to the chaotic weakness of the New York Republican Party.

If Rick Lazio’s the best candidate the state GOP can nominate, they might as well close shop now. 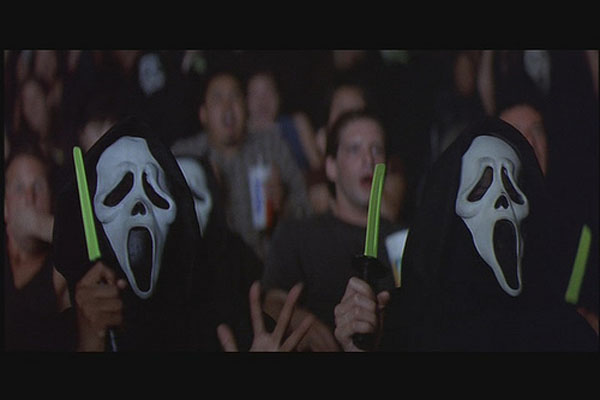