The problem with Scream 4 isn’t the recycled plot. It’s not the all-too-frequent references to other films and, surprisingly, it has nothing to do with Courteney Cox’s immobile upper lip.

No, the problem with Scream 4 is that the creative team couldn’t decide whether they were making a satire or a legitimate horror film. Between all the talk of ‘horror film rules’ and the self-deprecating humor, the fear the film is allegedly supposed to induce gets lost in the shuffle.

With that being said, I thought Scream 4 was hilarious and thoroughly enjoyed watching it.

The powers that be were smart enough to bring in a new generation of teenagers for the film, rather than continue to focus on Neve Campbell’s Sydney Prescott, although she is integral to the plot. This time around, the heroine is Jill, Sydney’s cousin (played masterfully by Emma Roberts). Courteney Cox (no longer Arquette) returns as Gale Weathers-Riley, the tough-as-nails reporter determined to use the latest series Woodsboro murders as the subject of her newest book. David Arquette also appears as police chief Dewey Riley.

More often than not, I felt like I was watching the original Scream but with a new cast and more graphic death scenes. Sticking to the formula of having a hot girl get violently murdered to open the film, Shenae Grimes (90210) and Lucy Hale (Pretty Little Liars) don’t make it past the five-minute mark. Anna Paquin (True Blood) and Kristen Bell (Veronica Mars) up the ante by starring in the film-within-a-film Stab 7, and then dying. Then, there’s a third murder, which is set in the actual movie, and the story finally begins.

Honestly, the rest of the plot is predictable. People die in brutal fashion. The audience doesn’t know who the killer is, but strongly suspects Jill’s “tough guy” boyfriend (Nico Tortorella). Anthony Anderson makes his character obnoxiously loud. David Arquette makes me question how he ever became famous in the first place, and there are a plethora of references to his real-life on-again, off-again marriage to Cox. There’s a lot of discussion of the state of cinema today, and how every horror movie seems to be a sub-par remake or reboot (ironic).

I thought Scream 4 was wildly entertaining, even if for the wrong reasons. It was campy, over the top, completely unbelievable and fun to watch. If I had been expecting to see a serious horror flick, however, I would have been sorely disappointed.

If this was supposed to be a serious movie, then Wes Craven should have followed Sydney Prescott’s advice:

Thu Apr 21 , 2011
“’The idea that truth is found on a deadline is absurd.  Have some humility!’ Ahahah, man, when you said that…” cackles the over-dressed yet under-shaven intellectual type, quoting from his pocket notebook. It was so new it practically had the wrapper still clinging to the fake leather. Quoting a journalism […] 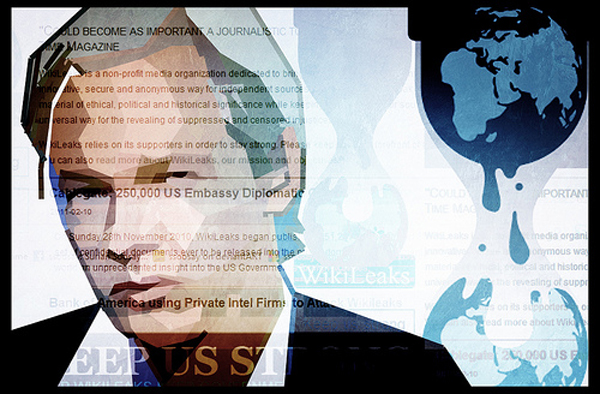