It’s finals week at the State University of New York (SUNY) at New Paltz and many students are staying up late to get papers done and study for exams. The vicious cycle of staying up late to finish projects and cram for tests only to wake up early for class is never-ending.

One way students try to get their work done is by having late-night study sessions in that library that last until 3 a.m. However, medical professionals said students could do damage to their health if they do not get adequate amounts of sleep.

Danielle Gray, a first-year student at SUNY New Paltz, has become familiar with staying up late to finish homework and it is only her first year in college.

“Sometimes I feel like I get things done faster at night,” Gray said. “It’s a bad habit and I want to fix it, but with finals here now I don’t see myself getting much sleep once again.”

Pulling all-nighters is another way some students finish work. Gray said she would often stay up all night before her classes starting at 8 a.m.

“I knew if I went to sleep when I finished my work at 6 a.m. I wasn’t going to wake up in time for class,” she said.

Medical professionals say staying up late might seem like a good idea at the moment, but the effects on an individual’s health might not make it worthwhile.

According to a study conducted by Jung Kim, Ph.D, of Pohang University of Science and Technology in South Korea, college students who go to bed late are more likely to have a poor quality of sleep. This may affect their mental health and academic performance.

Jennifer Cousins, Ph.D, postdoctoral fellow at the University of Pittsburgh Medical Center, said sleep education may be a preventative tool to help increase awareness of the importance of sleep, and the negative consequences of poor sleep.

However, students like fourth-year Cinthia Montas said they find themselves dealing with late night cram sessions more than ever.

“This year has been rough for me because of my 30 to 40 page papers that I’ve had to write,” Montas said. “It’s hard to focus throughout the school day since I have so many other things going on like classes, volunteer work, meetings. So nighttime is usually the best time because no one else is around and I won’t be as distracted.”

Studies have shown sleeping actually helps with memorization and concentration.

According to a study by Robert Stickgold, the director of the Center for Sleep and Cognition at Beth Israel Deaconess Medical Center, an afternoon power nap may boost ones ability to process and store information, but only if the dream is about the information trying to be memorized. He said while people dream, they are putting things together and making connections that they wouldn’t normally do if they were awake.

Although medical professionals said getting more sleep has many benefits, students say it is still difficult to prioritize all the work that needs to get done in order to get seven to eight hours of rest.

“I know I should get more sleep,” Montas said. “Sometimes I just feel like there aren’t enough hours in a day. Hopefully I can fix this bad habit once I graduate.”

Getting Loud Over Noise Law 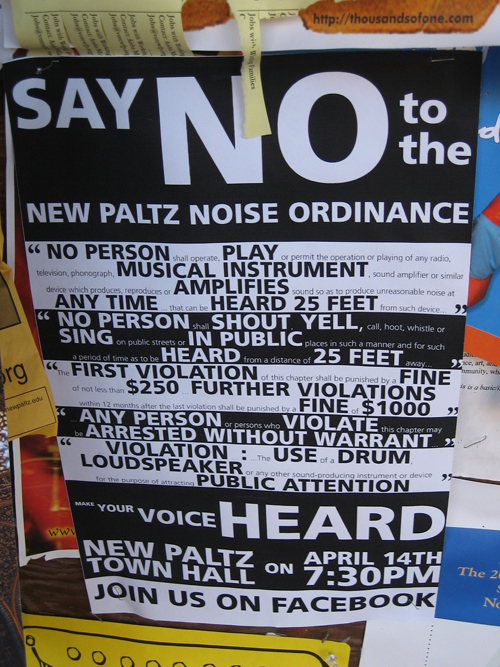