It was 2003 and my grandmother had just entered the hospital. My grandfather, Al Kirchner, was by her side with a constant flow of doctors and information on a daily basis.

This would be overwhelming to anyone, but my mom, aunt and uncle started to notice something wrong. He began to forget who he had seen and what the doctors were telling him. Soon, he forgot to take his medicine and ended up in the hospital with blood clots.

A month later, my grandfather was diagnosed with Alzheimer’s.

My grandfather is one in more than 5.3 million Americans who have Alzheimer’s disease (AD) and one in 35.6 million to be living with the disease globally. It can destroy brain cells and cause memory loss, leading to the malfunction of motor skills and even death.

The awareness of the disease has steadily grown in recent years, with the death in 2004 of former President Ronald Reagan, who had been battling the disease since 1994. Also, the HBO documentary series, The Alzheimer’s Project, debuted in 2009, to much critical acclaim.

But awareness is only part of the solution. Without proper research to find a cure, the disease, which is the seventh leading cause of death in the United States, will grow to tremendous numbers that our country simply cannot handle. In a study done by John Hopkins University, the number of cases of AD will grow to more than 106 million worldwide if nothing is done. The report called it a “looming global epidemic of Alzheimer’s disease as the world’s population ages.”

Currently there is no cure for AD. There are a few medicines that can slow down the process, such as Aricept and Namenda, but in the end, the disease sets in and is fatal. The amount of money allocated to Alzheimer’s is comparatively lower than other diseases, like cancer.

With its fatality rate growing steadily, the need for more money towards research is imperative.

For example, the percent change in causes of death between 2000 and 2006 for Alzheimer’s is plus 47.1 percent. Stroke, prostate cancer, breast cancer, heart disease and HIV are all in the negative percentages, yet the funding for Alzheimer’s still pales in comparison to that of cancer research or even heart disease research. With the increased care required for aging baby boomers, the need for proper research and is more desperate than ever. In an online interview, the Chief Medical and Scientific Officer for the Alzheimer’s Association, Dr.

William Thies, stressed that if we cannot find a suitable cure or offset for the disease, we will face huge difficulties with the increased diagnosis projected for 2050.

“We not only have large numbers but we have huge cost that we can project through about 2050,” he said. “That’s why we believe we really have to do something different here in terms of treatment and, especially, prevention. We simply won’t be able to afford to deal with it. We won’t have that manpower to deliver the care that will be necessary. We need a different solution.”

He continued to say that because the cost for taking care of patients with Alzheimer’s is so high—currently $172 billion in the United States alone— when the cases explode to more than 16 million in 2050, our Medicaid system will be unable to handle the load and will collapse.

This is a real epidemic in our country, and our medical system could really suffer from the massive amount of funding that it takes to care for these patients. Even if the disease can be offset slightly, the benefits will be tremendous, according to the World Health Organization.

The toll that Alzheimer’s has had on my family has been enormous. My parents and relatives have spent countless hours caring for my grandfather. We brought in a live-in nurse to make sure that he takes his medicine, and looks after him when we cannot. We’ve also had to deal with losing him as a person, watching him slowly get quieter as he sits in the corner of the room, becoming more confused and forgetful as the days go on— even more now that my grandmother has passed away. I can already tell that he barely recognizes me anymore, and the day he forgets me and my family will be one of the worst days of my life.

But there is a chance that future generations and future families won’t have to deal with something so terrible and heartbreaking.

We need to spend more on research to help prevent and cure Alzheimer’s before it becomes too massive a dilemma to deal with.

Fri Apr 16 , 2010
Many college students wouldn’t choose to spend extra money on healthy, organic food over their beer fund, but Brittany Harold puts her body’s needs first. “After being so informed about how conventionally farmed foods affect not only our bodies but us mentally, I feel like I can’t eat conventional food […] 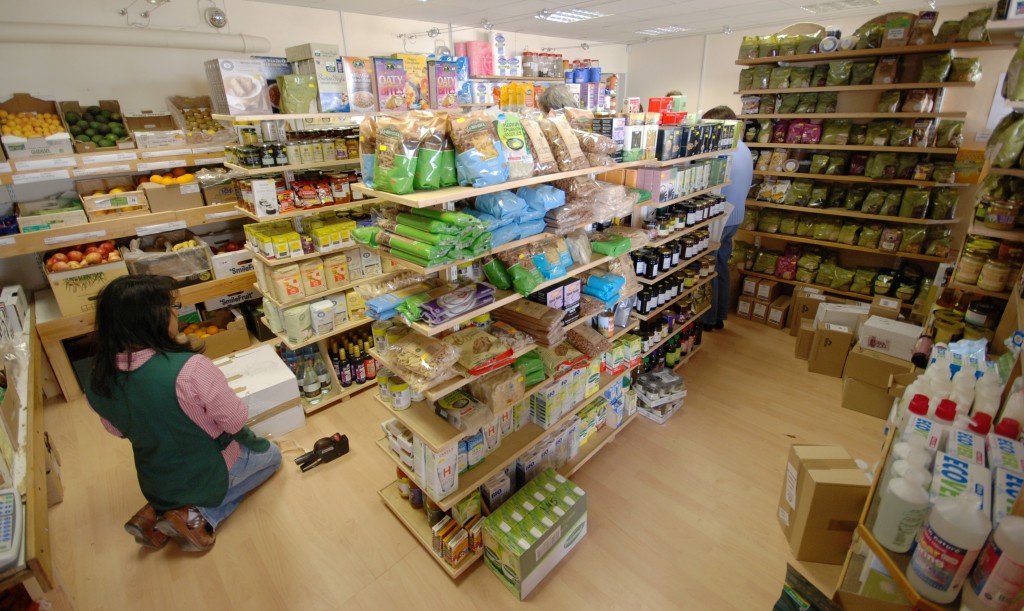