“After being so informed about how conventionally farmed foods affect not only our bodies but us mentally, I feel like I can’t eat conventional food while knowing that,” Harold said.

Harold is a fourth-year graphic design major at SUNY New Paltz. She lives off campus, cooks for herself and shops for her own groceries. Kristine Ferrero, her housemate and fourth-year secondary education major, buys non-organic groceries and spends around $40 a week at the local Stop & Shop. Harold, however, spends $20 more per week on her organic groceries.

Harold is new to the organic food trend and has only been eating organically for about four months. She started to wean out conventional food after she took a design research class in the 2009 fall semester which analyzed the negative effects of conventional farming on today’s society.

She learned about unsanitary meat processing plants, chemically engineered foods and the negative health effects associated with those who worked with and consumed these foods. Harold decided she could no longer eat conventional foods and ignore the facts presented to her.

“I can’t just pretend I didn’t learn it,” she said.

However, many students do not know or worry about the effects of conventional farming. Instead of shopping organically, these students are more concerned with finding a bargain at the grocery store.

Ferrero doesn’t have a job and is allocated $50 a week for groceries. If she doesn’t spend it all, then what’s left over becomes hers’ to keep. Therefore, Ferrero opts for cheaper alternatives rather than spending extra money on organic food products.

“I’m more concerned with having enough money to buy groceries and still go out than having to constantly ask my parents for more,” she said.

The organic lifestyle may not be for thrifty students, but some organic products are comparable to their non-organic counter parts.

However, there are some organic products that cost significantly more than the non-organic variety, especially dairy products. A half-gallon of Stop & Shop milk costs $1.59 while the three organic brands offered at Stop & Shop cost between $3.59 and $3.99 for the same amount of milk. Twelve slices of packaged Horizon Organic American Cheese costs $4.29 or 40 cents a slice as compared to the Stop & Shop packaged brand which costs $2.79 for 16 slices or 17 cents a slice. Also, Macaroni and Cheese, a favorite among college students, costs $2 for a 6 ounce box of Annie’s Organic Shells and Aged Cheddar while Kraft Original Macaroni and Cheese costs $1 for 7.25 ounces.

To keep their bodies healthy and their wallets fat, students may choose to buy a mixture of organic and non-organic foods. Even Harold buys non-organic cereal and frozen meals because they are cheaper. She doesn’t mind the extra $20 a week she spends on food though, because she thinks she is doing herself a favor.

“I have less money to spend on myself, but I kind of am buying for myself,” she said. “I’m taking my body into consideration.”

Field School Seeks to Uncover Past

Sat Apr 17 , 2010
Ancient ceramics, projectile points and human remains: an archaeologist’s dream. Students involved in SUNY New Paltz’s field school get to experience this and much more. Though the field is primarily of interest to those in the anthropology department, SUNY New Paltz students of different academic backgrounds have become involved in […] 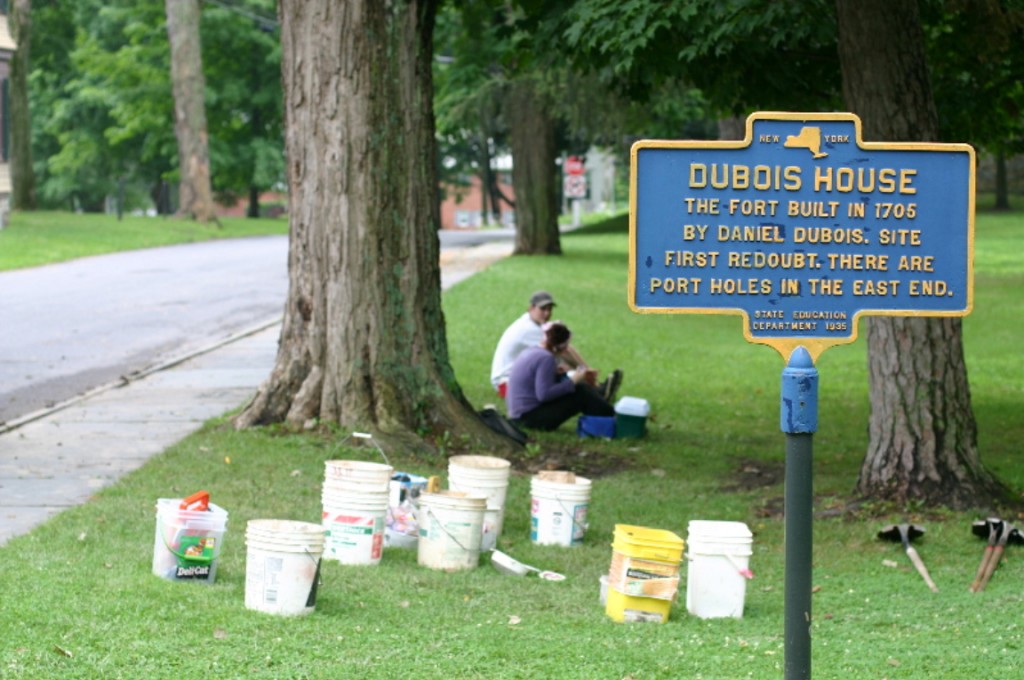