It’s hard for me to fathom that this March marks three years since former New York Gov. Eliot Spitzer, amid a scathing prostitution scandal, resigned from office. After all, since his stepping-down, we’ve been treated to two new governors, not to mention the exhausting 2008 presidential race and the recent 2010 midterm elections. I feel like Spitzer hasn’t graced the New York political scene in well over a decade, which, I suppose, is a testament to the old saying, “a week in politics feels like a lifetime.” Since Spitzer’s exit, the former governor has done column work for the online Slate Magazine and, more notably, landed a primetime talk show on CNN, opposite conservative columnist Kathleen Parker. The show, “Parker/Spitzer,” was such a monumental ratings dud that CNN fired Parker, changed the program’s format and retitled it “In the Arena with Eliot Spitzer.” Viewership has failed to improve under the format, though this should be no surprise to CNN.

After all, just who in this state, in this country, or on this entire planet, besides Eliot Spitzer himself, was craving an Eliot Spitzer talk show? Sure, Spitzer’s a savvy politico, if he perhaps still lacks the faintest shred of common sense. He hardly has the charisma or star power to compete with the likes of Keith Olbermann or Bill O’Reilly.

As far back as June, 2010, the New York Post speculated that Spitzer was merely using the CNN program as a stepping-stone to a likely bid for Mayor of New York City in 2013. As they figured, Spitzer would use the talk show to paint himself in a cleaner, more positive light and, with incumbent Mayor Michael Bloomberg term-limited, Spitzer would use his name recognition and resources to swoop-in and stake his claim in the race.

Now, Spitzer is publicly flirting with the idea of a 2013 mayoral bid.

I suppose I can empathize with the guy, given I, too, would be rather miserable doing hosting duties of a low-rated talk show, just three years after running the third most populous state in America. What Spitzer doesn’t seem to understand, however, is that mere empathy hardly translates into support at the ballot box. As confirmed by his program’s bottom-of-the-barrel ratings, the public hasn’t regained much fondness for Spitzer and, considering the 2013 mayoral race is poised to be a crowded one, it’s especially hard to fathom how Spitzer succeeds in a political comeback.

If Spitzer does relent and mount a mayoral bid, he’ll likely find himself trailing the race’s two presumptive front-runners – Anthony Weiner and Bill Thompson – right out of the starting gate. Weiner, the flamboyant, outspoken Brooklyn congressman, is a favorite of progressives, while Thompson, the 2009 nominee who lost in a squeaker to Mayor Bloomberg, has strong support in the African-American community.

This is Spitzer’s math problem – once you take progressives and African-Americans out of the picture, that leaves little of the city’s Democratic electorate to target. Perhaps Spitzer wins the hearts and minds of some moderate or “pro-business” Democrats who find the other candidates too liberal, but, even then, it’s hard to imagine Spitzer actually winning.

Spitzer has been an embarrassment as governor, a failure as a media commentator, and would, almost surely, go nowhere as a New York City mayoral candidate. In a post-“Client 9” era, can Spitzer find success in anything?

Thu Mar 17 , 2011
Avant-Garde Magazine is breaking ground as a new women’s magazine and website that contradicts the mainstream media’s portrayal of women. Much like the Operation Beautiful movement created by blogger Caitlin Boyle that has gone viral, Avant-Garde magazine promotes positive body image and self-worth in its pages and special events on the SUNY […] 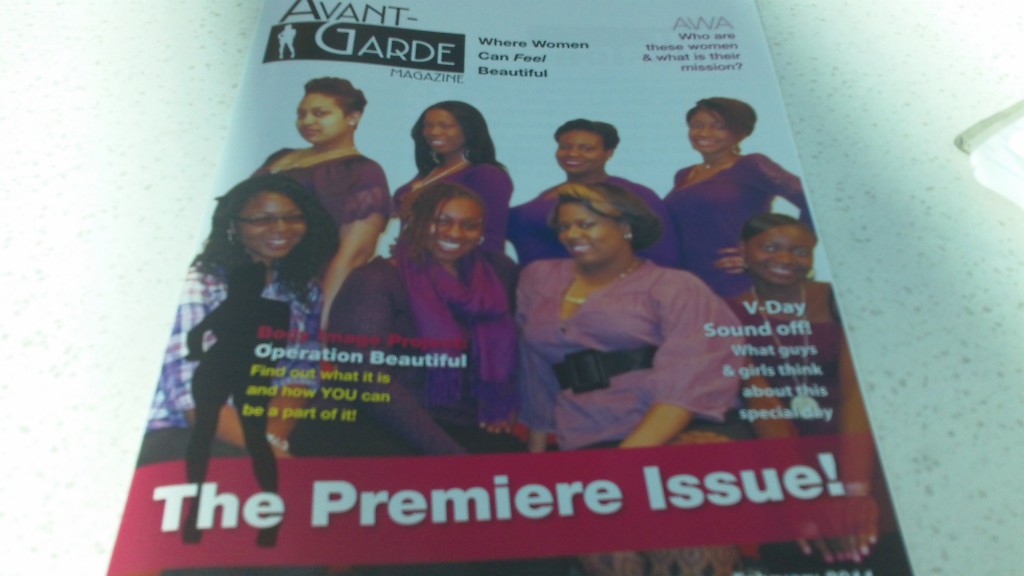