The fourth estate is deteriorating, according to Ray McGovern. McGovern is a former Central Intelligence Agency officer who has written daily briefs for three U.S. presidents. Now retired, he speaks nationally to focus on the issue Americans have with discerning fact from fiction in free media.

The lecture he hosted on March 24 at SUNY New Paltz was no different. He focused on three transcendent issues, the first two being depletion of oil and natural gas and the resulting rise in the earth’s temperature.

“The Iraq War is the first resource war of the 21st century,” McGovern said.

The final issue was focused on a lax in free media, including the press and radio. According to McGovern, reporters were negligent during former President George W. Bush’s eight-year administration and the build up to war was virtually unchallenged. He said post 9/11 America saw a fawning corporate media.

History now shows that former Secretary of State Colin Powell and former National Security Advisor Condoleezza Rice both expressed that Iraq wasn’t a threat, respectively, in February and July 2001. McGovern supplied proof of this via YouTube.  However, manipulation of the media and its readership was in the works, according to McGovern.

There was a deliberate avoidance of information, said McGovern.

“A Senate hearing was conducted in 2005 on the Iraq War,” McGovern said. “It found that the documents on WMD were exaggerated, inaccurate, contradictory and non-existent.”

During Bush’s last press conference on January 12, 2009, a reporter asked the former president about nuclear inspectors and how his administration allegedly said Hussein denied them access. However, on March 17, 2003, Bush advised United Nations inspectors to exit Iraq. Two days later, the war began.

The former CIA officer urged his audience to flash forward to that last press conference, when McGovern said the reporter let Bush slide. He said that marked the fourth time the former president received a free pass on this issue.

“Reporters are afraid because they’re going to lose their place,” McGovern said. He followed this with an anecdote.

McGovern said when he challenged former Defense Secretary Donald Rumsfeld at a press conference in Atlanta, Ga., he faced immediate backlash. CNN’s Anderson Cooper called him to get a statement, asking him if he was afraid. According to McGovern, he was in awe that Cooper, an established anchor, spoke about fear.

The Washington Post and the The New York Times became cheerleaders for war, according to McGovern. The Post neglected to include details about Khalid Sheikh Mohammed, one of the masterminds behind 9/11, and his time spent in the United States. While in North Carolina, and earning his degree in mechanical engineering, the racist attitudes of the people there led to his hatred of the US, according to The Washington Post.

In 2004, wiretapping and phone call monitoring were transpiring against people’s knowledge. Under the Foreign Intelligence Surveillance Act (FISA), this activity is illegal without a warrant. Since 2004 was an election year and Bush advised against the story, The Times refused to run it, according to McGovern.

He ended the lecture by revealing alternative online news sites, like informationclearinghouse.info, therealnews.com and democracynow.org, McGovern said he felt it imperative that news be obtained from the internet and that there are several imaginative ways to utilize it.

“Without information, our democracy is in peril,” McGovern said.

Thu Apr 8 , 2010
Is the United States Federal Government biting off more than it can chew? Currently, President Barack Obama and his administration want to tackle domestic issues ranging from health care, education, the environment and the lagging economy. How is it possible to accomplish all of these goals? It’s simple: increase the size […] 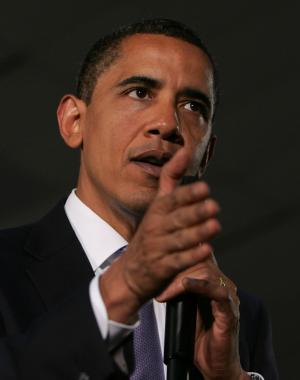