One of the biggest problems I had transferring from a two-year community college to a four-year school was finding housing.

As transfer students, many of my friends and I were not granted housing for this school year. We were scared, we didn’t know where we were going to live, and we had no clue where to look. Most of us were left on our own, but were promised on-campus housing the next year if we needed it. I even considered changing schools when I found out I wasn’t granted on-campus housing, but luckily I found a girl who gave me a number that led to a house. However, I was still angry, and in some ways I still am.

According to an April 2008 President’s Report from SUNY New Paltz, 974 freshmen sent in their housing deposits to attend the school for last fall. The number was hundreds more then was expected, and didn’t even include transfer students.

Because more acceptance letters were given, the president’s plan was to put more students into “triples,” rooms with three occupants. To keep the number of triples low, on-campus housing was not offered to transfer students.

I felt like I wasn’t really a student here. I am an upper-classman after all – shouldn’t I get housing first?

However, after finding out that if I did live on campus I would most likely be tripled, I was happy I wasn’t stuck in a dorm room. People need their privacy. It would be hard enough living in a tiny room with one other person, let alone two. How would one study, have a conversation, or get an appropriate amount of sleep with two other people constantly in the room? I also found out living on campus is often more expensive – yet another unexpected perk of being denied on-campus living.

Now I’m happy that I didn’t change my mind at the last minute and go somewhere else. I love New Paltz. I love the house I’m living in, the friends I have met and the amount of privacy I have living off campus. However, I am still angered that I wasn’t given notice far enough in advance that I wouldn’t be living on campus. Instead, there was a last-minute dash to find somewhere, anywhere, to live. I felt second-rate, and although I now have the option of living on campus next year, I’m choosing not to.

For the next school year, if transfer students are still denied housing, it would help if they were informed earlier.

One can only hope.

Mon Mar 23 , 2009
Brittany LaChausse is looking at more than $45,000 in student loans when she graduates in Spring 2010. Instead of graduating with bright economic prospects, the SUNY New Paltz student from Beaver Falls, N.Y. will be looking at a Cadillac Escalade-sized debt, with no idea how long she will have to […] 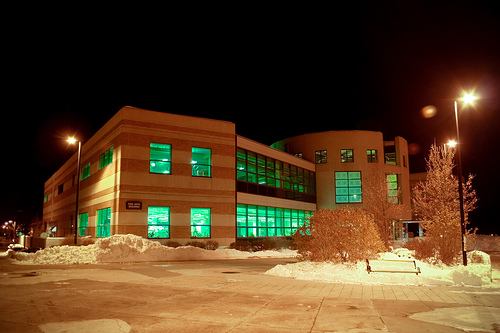