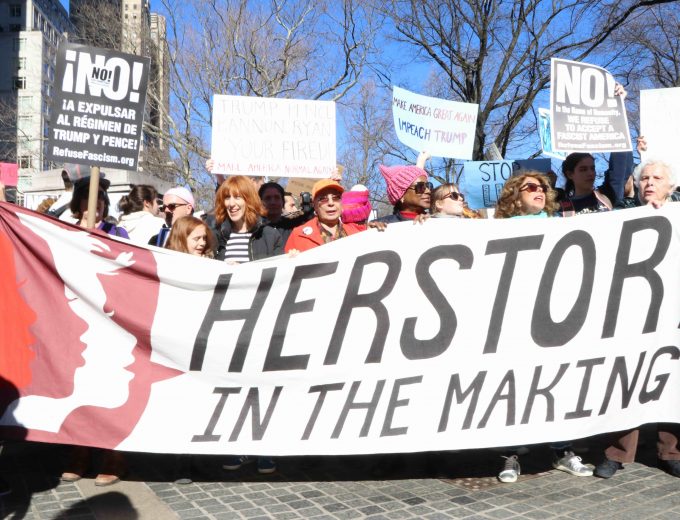 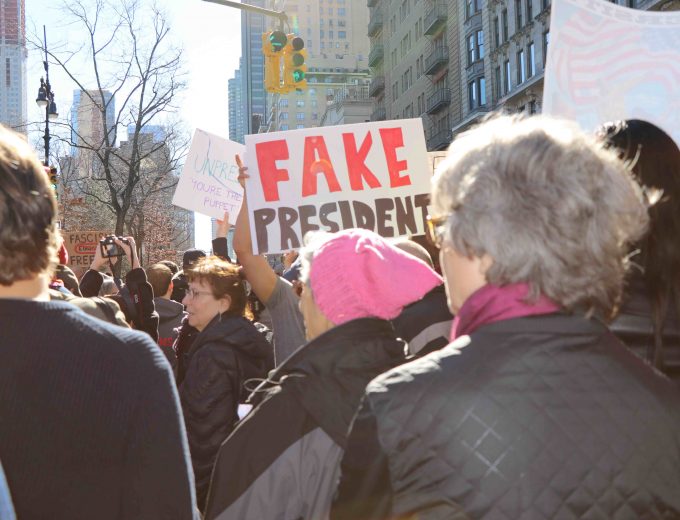 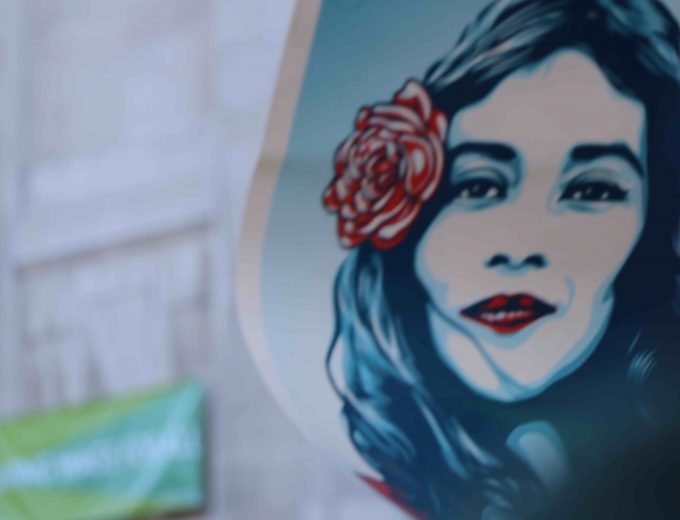 The organization is under attack when it’s needed the most.

Fifteen years ago as a college sophomore, I walked into the Planned Parenthood clinic on 16th St. in Washington, D.C. with my girlfriend at the time so she could get an abortion. Up until that point, the only life-altering event we participated in was getting fake IDs together to buy beer. We were 19 and 20, respectively, and our idea of danger was sneaking into each other’s dormitories after visiting hours.

The Planned Parenthood office had all the trappings of a typical medical office: magazines to read, thin-cushioned wood chairs to sit on, and a TV that was set to some random talk show that wasn’t Maury. While it was a bright day outside, there was only a small window near the door for the sun to shine through. The lights inside were on, but they provided more of a dim glow that made the place feel like it was closer to 5:00 P.M. than late morning when we arrived. The receptionist was warm, but not cheery. She didn’t ask either of us how we were doing, probably because she already knew we were a mess. There wasn’t a sign that explicitly said “No talking,” but nobody was talking. The office was more quiet than any library I have ever visited. It was the last place either of us wanted to be, and yet, on that day, it felt like the safest place in the world.

Abortion is a procedure that only makes up 3 percent of Planned Parenthood’s services, and yet it is 100 percent of the reason Congress recently voted to approve a resolution that would allow states to withhold Title IX funds from any organizations like Planned Parenthood, which provide abortion care. This is despite the existence of the Hyde Amendment, a 1976 provision that already excluded abortion, specifically, from federal funding. As my girlfriend and I took our seats, waiting for her to be called to the back room, I noticed how I was the only man in the room. This was brought to my attention by the way a couple of women looked at me, as if I were a unicorn. They smiled, and because of the circumstances, I knew why. It was an acknowledgement from them, a smile that said, Good for you, which was the exact opposite of how I felt about myself. Half of the reason why my girlfriend was there was because of me, so support didn’t seem like a grand gesture of any kind; it felt more like the least I could do. It wasn’t a bold statement but a simple one: We are here because of decisions we made. We decided not to use birth control, and she decided how to deal with the consequences of that.

Compared to the amount of research on women’s post abortion psychological responses, considerably less attention has been given to men’s psychological adjustment to a partner’s abortion. Nevertheless, the available data do indicate that male responses to a partner’s abortion may include guilt, depression, anxiety, feelings of voicelessness/powerlessness, repressed emotions, and anger among other negative reactions. —Priscilla K Coleman, PH.D The Decline of Partner Relationships in the Aftermath of Abortion

While waiting for my girlfriend to come back out, I replayed the conversation we had a week prior to our visit to Planned Parenthood. She asked me what I thought we should do, and I told her whatever she decided I would support her. Some would say that is the definition of a pro-choice liberal, but politics were the last thing I was thinking about when she told me she was pregnant. When she said she didn’t want to keep it, I felt relieved but also terrified because I knew it meant we were about to embark on something for which neither one of us were emotionally or mentally prepared. We were just two college sophomores who barely had enough money to treat ourselves to date nights at TGIFriday’s, let alone pre-natal care and diapers.
According to a recent report, Planned Parenthood served over 250,000 men in 2014—a 76 percent increase from a decade prior. The vast majority of those services are men seeking STI testing and treatment for everything from erectile dysfunction to jock itch. Planned Parenthood also provides cancer screenings unique to men, including testicular cancer and prostate cancer, which affects nearly 13 percent of men in their lifetime.

And neither one of us could imagine the disappointment of our parents should we have told them that they were going to be grandparents before they were parents of college graduates. To us, the choice was either to endure a heartbreaking procedure and a long morning in a drab office, or be unfit parents before we were ready to be adults. The choice seemed to make sense until I had to endure the long wait for her to come from the back. Not only did I question her decision, I questioned myself for not protesting. All of a sudden pro-choice didn’t feel noble; it felt like a weak move on my part. When we left the clinic that day, I can’t say I left inspired to be an ally for the organization. Again, politics were the last thing I wanted to think about. The only thing I left inspired to do was to never come back for an appointment again, and I never did.

Even the most casual consumer of political news knew the pro-life movement would be ignited when Trump won the election. On the campaign trail, Trump was the guy who said when it comes to abortion “you have to ban it.” He chose a Vice President who not soon after taking office, showed up to a pro-life rally preaching about a “culture of life” in America. Judge Neil Gorsuch, Trump’s choice to replace Justice Antonin Scalia on the Supreme Court, is a pro-life hardliner who made two decisions against Obamacare’s contraception coverage requirement. Planned Parenthood is under a siege during a time it’s never been more vital. There is no question that Planned Parenthood is an organization dedicated to women’s reproductive rights, but if you think that their mission has only benefitted women, I am proof they have helped men too. Now I donate to Planned Parenthood on a monthly basis, not out of rage against the Trump administration, but because Planned Parenthood was there for me at a time I needed it most. My donation is about paying it forward. It is not just for what I believe, but also for what I’ve been through and for men who may be going through the same thing. They’re scared, just like we were, and they need help just like we did.

Fri May 5 , 2017
By Matt Ferremi This article was based on a story written by Amanda Copkov and published in The New Paltz Oracle Upon walking into the little bookstore called Barner Books located on Church Street right by Main Street Bistro, you realize there is a certain charm to this bookstore that […] 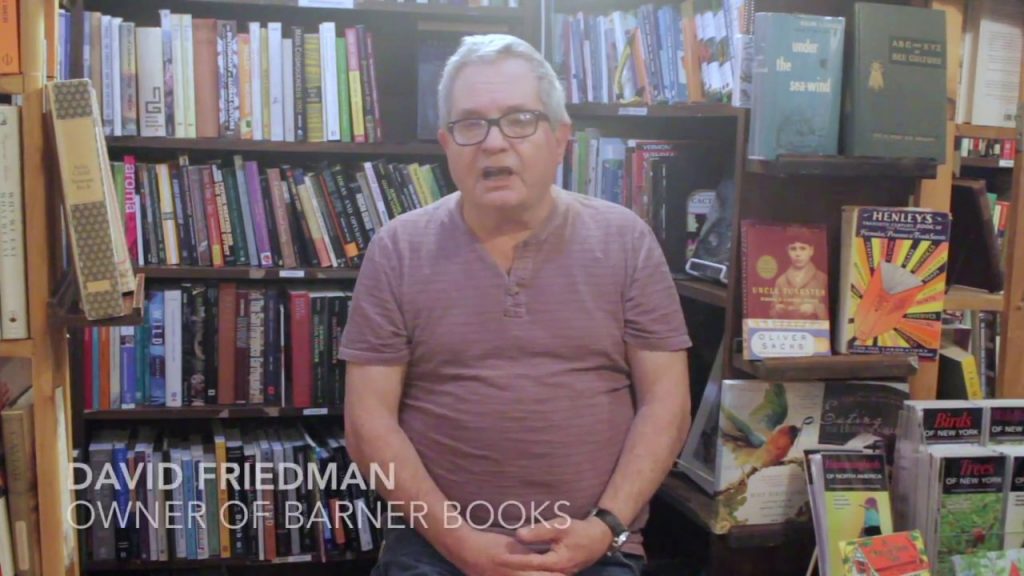