Betting by phone was legalized in New York State this past April, which means people don’t have to go to the track or gamble through an illegal bookie to place their bets. But for some, easier access to gambling could be a genuine danger. According to the North American Foundation for Gambling Addiction Help, as of 2016, approximately 2.6% of the U.S. population, almost 10 million people, have some type of gambling addiction.

The current age of technology brings new gambling risks, including the movement toward mobile sports betting, allowing betting on games and events on the go. The method is legal in more than 15 states, where people can place bets on games right from their phone without having to physically visit the casino. Currently, 80% of legal sports betting in the U.S. is done online, according to commercial gaming journalist, Larry Henry from Casino.org. To sign up with a mobile sportsbook, the only requirement is to provide banking information. There is no limit to how much money a user is allowed to put into their account

This creates a more convenient service in which people don’t even have to leave their homes to bet on games that are going on that day. Coupled with a pandemic, people are now more vulnerable than ever to taking chances with their money.

One state that currently has mobile sportsbooks is right next door: Pennsylvania. According to the Council on Compulsive Gambling of Pennsylvania, calls from individuals reporting problems primarily from internet forms of gambling increased 285% from 2019 to 2020.

In New York, sports gambling has undergone changes toward legalization in the last decade. Less than 10 years ago, only horse track betting and Off-Track Betting (OTBs) were allowed by the state. OTBs allow people to bet on horse racing at establishments outside a racetrack.

The law remained dormant for years and the casinos were built initially without a sportsbook attached to them. That changed in 2018, when a Supreme Court ruling repealed the nationwide ban on commercial sports betting in most states. After six years of waiting, sports betting at four commercial casinos took effect in July of 2019 when the first bet was officially placed.

The Boom of Daily Fantasy Betting

Another form of sports wagering that is popular in New York State is daily fantasy sports. Led by companies like DraftKings and Fanduel, daily fantasy sports became legal in 2006, classifying itself as “games of skill” and therefore not considered gambling. The practice hit a boom period in 2014 and 2015 when it started to invest with major sports leagues such as the NFL, NBA, NHL and MLB.

In daily fantasy sports, an individual selects a roster of players for that day’s games, and points are earned based on the performance of the roster. Entry fees are required to participate, with prizes given to the winner. Typically, the higher the entry fee, the higher the prize money.

While fantasy sports can be fun, they can also be detrimental. Hank Cone, whose real name is being concealed because he wishes to remain anonymous, falls into this category.

Cone began to play on DraftKings and saw it as an easy way to make a lot of money. “In my mind, it was just an easy way to deposit $20 and enter a contest to maybe win a million dollars or $100,000,” said Cone.

Cone did get first place twice during the four year period he played in the DraftKings contests. However, since he tied with a large number of people in those contests and had to split the money, the most he ever won was $400.

Even through his struggles to win big on the platform, Cone kept telling himself that he would win the big prize and continued to invest money. During one calendar year, Cone said that he invested thousands of dollars into DraftKings. Realizing he had a problem, Cone sought help around Christmas of 2020 with the help of his wife and family. Now in his late 20s, he recognizes the flaws in daily fantasy sports.

Cone found help with the Northeast Problem Gambling Resource Center (NPGRC), which connected him with a counselor. Cone started to distance himself with everything that involved gambling.

“I told myself, it’s either cold turkey or that’s it. Once a couple of months went by, it’s been super easy not to do any gambling at all,” said Cone. He had to put all of his energy into getting help and he’s done that with the assistance of the NPGRC.

Similar to cases like Cone’s, the NPGRC focuses on supporting those individuals and reducing barriers to get help. According to NPGRC program manager Robin Fetterman, barriers that are commonly found include financial problems, transportation and even a lack of information on the types of treatment.

“If we increase accessibility to gambling, then there’s going to be an increase in problems,” said Fetterman. “The two just kind of go together when there’s more chances and opportunities to gamble.”

The concern is there, but Fetterman and the NPGRC are ready to tackle the challenge of an expected increase in people who come to them for help. With the added help of funding that is anticipated and needed from the state, they are here to help and wish anyone who thinks they need it to act as soon as possible.

Mon Nov 22 , 2021
Select mass vaccination sites across New York State are now administering COVID-19 vaccines to children ages 5 to 11.  “Parents have been waiting for the ability to protect their young children from COVID-19, and we are doing everything we can to make that possible,” Gov. Kathy Hochul said.  Following the […] 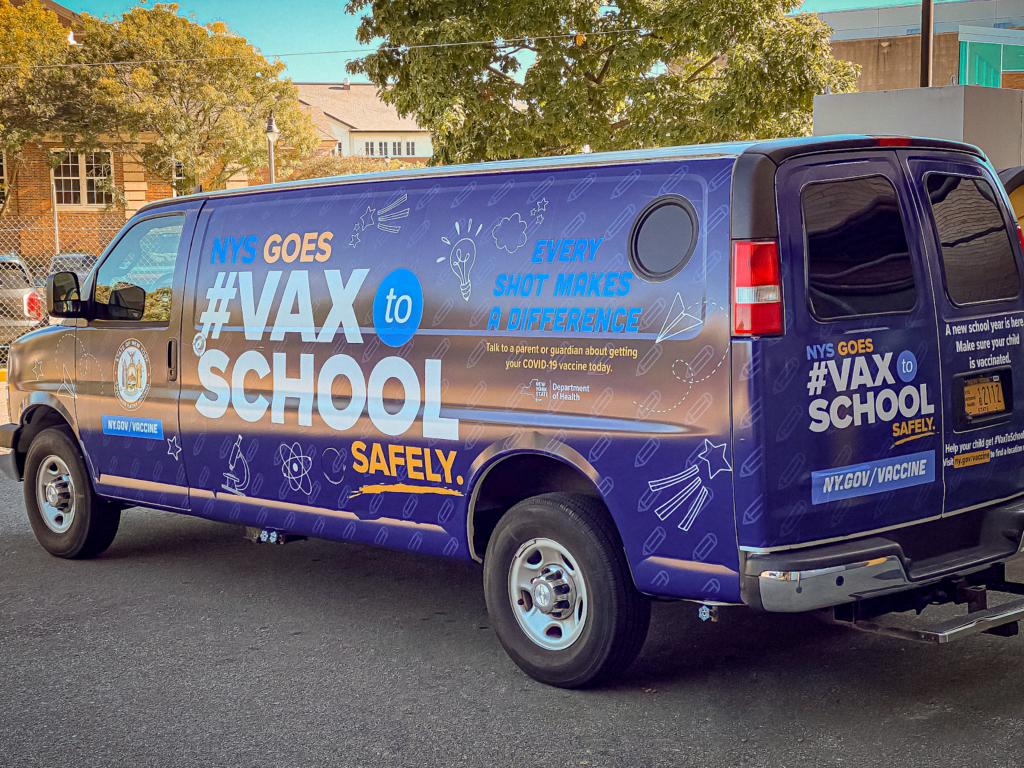