Days before Americans gathered with loved ones to feast in honor of Thanksgiving, members of the Hunger Action Network of New York State joined together at Emmanuel Baptist Church in Albany Monday, Nov. 24 to make a case for those who struggle everyday to put food on their tables.

As part of the organization’s annual Thanksgiving Action Against Hunger, advocates from faith and anti-hunger groups state-wide participated in a press conference calling for increased funding for emergency food and nutrition programs, as well as a living minimum wage for every New Yorker.

“Thanksgiving is the one day when Americans reach out to ensure that no one goes hungry, but hunger in our communities is a year-round problem,” said Hunger Action Network Executive Director Mark Dunlea, emphasizing access to food as a fundamental human right.

Dunlea said the number of people receiving services from food pantries and soup kitchens has doubled since the recession of 2007, yet funding has remained stagnant on both the state and federal level.

“A significant amount of food pantries and soup kitchens down in New York City had to turn people away this year because they didn’t have adequate means to serve everyone,” Dunlea said.

Liz Marshall, a volunteer at the United Methodist Food Pantry in the West Hill neighborhood of Albany for 15 years, said the pantry has been stretching its budget to be able to accommodate the community.

“There are a lot of hungry people out there, and if we don’t get the funding we need, we can’t serve them,” she said.

Now, anti- hunger groups are calling for a $10 million increase for the Hunger Prevention and Nutrition Assistance Program (HPNAP), the main state source of funding for pantries and soup kitchens, as well as increased federal funding for the 2010 Child Nutrition Act to expand the availability of nutritious meals for children in schools.

The groups also want to see a state minimum wage upwards of $15, compared to the $9 amount set to take effect in 2015.

According to the U.S. Conference of Mayors, an organization representing cities with populations over 30,000, more than 40 percent of people receiving emergency food services are the working poor who don’t earn enough to escape poverty or pay for basic necessities.

Congressman Paul Tonko, D-Amsterdam, who has been active in promoting efforts against hunger, recently spoke in Congress on the issue.

“In my district, one in ten households lives below the poverty line. These are families facing daily struggles that can be fixed by policies that ensure a livable wage and support programs to help the less fortunate,” he said.

The right to an adequate standard of living, including access to food, was first articulated in the United Nations Universal Declaration of Human Rights, adopted in 1948.

As part of the declaration, a multilateral treaty known as the International Covenant on Economic, Social and Cultural Rights was created in 1966, affirming freedom from hunger as a fundamental human right.

As of 2014, more than 160 countries are party to this compact, including the U.S., although it has not yet been signed or ratified by Congress — something the anti-hunger advocates said they want to see happen.

Being Digital: All Watched Over by Machines of Loving Grace

Thu Dec 4 , 2014
Watched Over from Annie March on Vimeo. Being Digital students Patrick Angehr, Annie March and Russell Hartman analyze the impact of technology in modern society through Richard Brautigan’s poem “All Watched Over by Machines of Loving Grace.”   For more Being Digital videos: Kate Bunster and Francesca Caccavale explore the implications […] 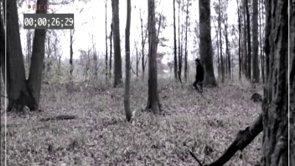