At any level, athletics provide participants with a baseline to develop positive work habits, discipline, camaraderie, and teamwork. In some cases at the college level, especially at the Division-1 level, players have an opportunity to get to the professional ranks, so showcasing your ability as much as possible is a necessity as much as it is a desire. In New York State, college baseball received the go-ahead to play their 2021 baseball season on February 23, with the announcement that the State University of New York Athletic Conference would play all of its major sports in the spring.

Like all sports returning to play post-pandemic, logistical issues arose during the season. For the SUNYAC schools, this included East and West divisions to limit travel, mandatory mask wearing when not playing or practicing, no spectators, and no pre or post-game handshakes or group celebration. Regular weekly testing was required, as were symptom checks prior to competition, with athletes undergoing testing three days prior to away game travel. Bus capacity had to be limited, with no eating allowed on the bus and masks were required at all times.

Tom Di Camillo, the Commissioner of the State University at New York Athletic Conference, said that understanding the health and safety components of COVID-19 was a major first step in working towards a season. Every two weeks, he spoke with NCAA Chief Medical Officer Brian Hainline.

“Once we got to January and the SUNY system announced they were testing students once a week, that helped open the door,” he said. “We spent hundreds of hours and came up with really good plans, with a target date of March 20th, which we got approval for,” said Di Camillo from his home in Syracuse, NY.

Although scheduling was able to be successfully tweaked, Di Camillo acknowledged that bus availability was a problem. He said that there were times when buses on weekends were not available because both the Division-1 schools in the area were playing their sports and the high schools were playing their fall sports. “It sucked up officials and transportation, he said.

“If you cancel a bus, you are still going to be charged,” he said. “So, sometimes we made decisions a little bit sooner. Some bus companies have a threshold of twelve hours, and some twenty four hours, where you get charged a minimal fee. Sometimes our schools would pull the plug because we didn’t have our results back.” The reason for this, said Di Camillo, was because they did not want to incur costs in the event that positive results popped up and they could not play.

Officials did not have to be tested, though it was rather important that they get tested because of the proximity of a catcher to a home-plate umpire, for instance. One particular way that the SUNYAC limited further exposure was working with other leagues and sharing officials. Di Camillo said that the conference, along with a separate company, would test officials, and when there were postponements, the conference would use officials from another league and vice versa.

Positive tests were some of the challenges, though Di Camillo admitted that they were not the biggest hurdle. Not getting test results back in time, and having to make a decision on whether to play or not, was a major obstacle, the commissioner said. “We had some pauses because of positive tests and some pauses because we didn’t get test results back in time.

Despite the highs and lows, cost impacts, and just the overall effect that COVID-19 had and continues to have on sports in the last year and a half, the season proved to be successful, while Di Camillo acknowledged that containing the virus at the amateur level is different than at other levels. “It is harder than the pros,” said Di Camillo, “but it’s easier to manage than high schools. They don’t have the infrastructure of a college athletic department.”

Overall, he identified proper planning as a major reason why the spring season went on without major interruption. “If you have a plan and you lay it out, and you work the plan, it’s manageable,” he said.

The SUNYAC baseball season concluded in May with SUNY Cortland defeating SUNY Oswego by a score of 8-6 to win their 35th conference title. The Red Dragons received an automatic bid to the NCAA Tournament, where they would end up finishing third after losing to Salisbury, the eventual NCAA champion.

All in all, the commissioner lauded the efforts of administration to ensure that the spring season was played, a season in which he said that only a handful of games were impacted due to both weather and COVID-related reasons.

“Our goal was to not have the spring student-athletes lose a second season,” Di Camillo said. “I approached the athletic directors, and set up committees with lacrosse, tennis, baseball, softball and track and field. There were operational planning committees that started in November, and the goal was not to leave any stone unturned. We threw everything on the table.”

Jake Carapella is a senior at SUNY New Paltz who is majoring in journalism. His writing specialty is basketball, and he has written in the past for SLAM Magazine, which has been in publication since 1994 as the major basketball magazine in the U.S. One of his articles is featured in the Notes and Sources section of Roland Lazenby's biography on Kobe Bryant titled "Showboat: The Life of Kobe Bryant." Since May, he has been interning in the Athletic Communications Department at New Paltz.

Mon Oct 25 , 2021
Ali Muhammad, leader of Melanin Unchained, is no stranger to local activism, from participating in community cleanup events and clothing drives to leading Melanin Unchained, a Newburgh-based non-profit organization. Community development and enrichment are at the center of Muhammad’s goals, stating in an interview, “a city that supports one another […] 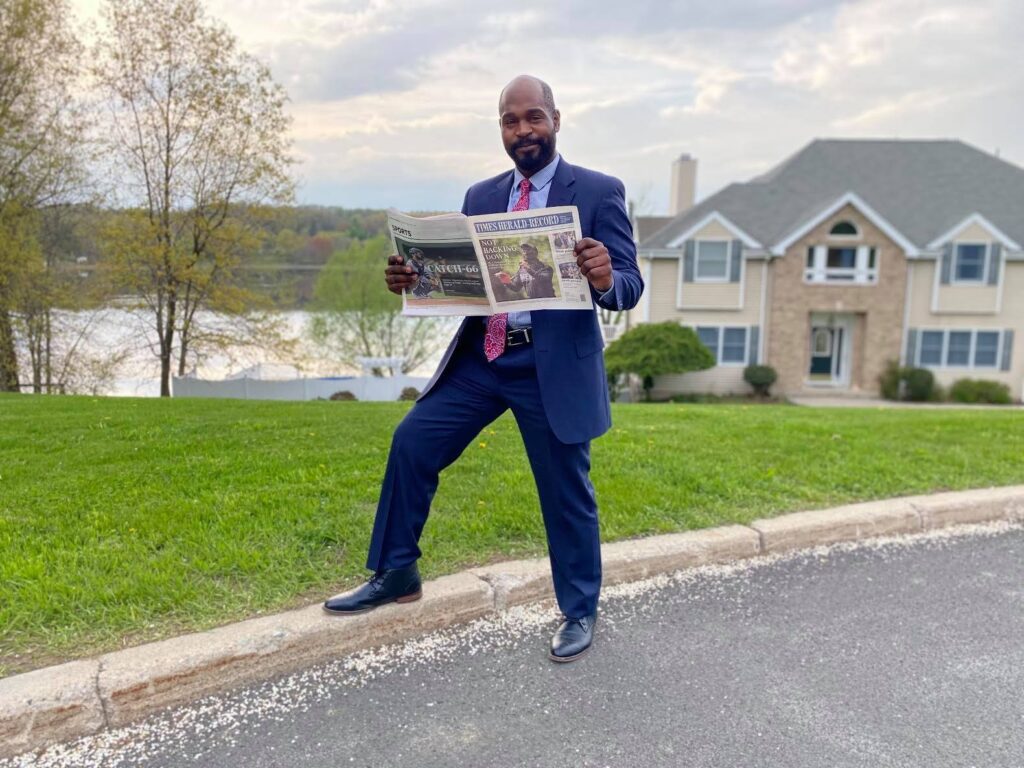