The New Paltz Historic Preservation Commission (HPC) board held a public meeting via Zoom on September 21 to discuss recent updates and upcoming plans for the board and town. This meeting was hosted by Chair John Orfitelli and attended by Commissioner Susan DeMark and Commissioner Matt Maley.

There was discussion of a new information packet, which will provide historic homeowners with historical data and information about their properties. “As of right now we have 18 stone houses, and they are surviving and they are from different time periods, but what we want to do is create homeowners’ packets for each one,” DeMark said. “That would include a get-to-know your home from a historic angle. It will give them a lot of background, and then a timeline and map, and place it in context of the town.”

If the information packets are successful, these historic stone houses will be saved from potential demolition and renovations. For the board and for many people in the town of New Paltz, historic preservation is an important aspect of keeping the town grounded to its roots, as it shows where the town began, and how it flourished throughout the years.

Later in the meeting, there was discussion about use of taxpayer funds. The town of New Paltz created a Community Preservation Fund (CPF) that supports town assets. The funds will contribute to potential easement opportunities, specifically with farms, wetlands, wooded areas and recreational trails. Orfitelli made it clear that the funds must be used appropriately, and not taken advantage of. The fund was established in November 2020 after a vote formed from the town, according to the board.

According to the board, the Community Preservation Fund was enabled by New York State legislation from 2019 that revised the Hudson Valley Community Preservation Act to add Ulster County in. The CPF allows a municipality to move forward with plans for the possible easement opportunities without raising property taxes. The Real Estate Transfer Tax (RETT) also supports this; for the town of New Paltz, the RETT is 1.5%, paid by the person making the purchase in the real estate agreement, with an exclusion of the first $280,000 from the fee payment. However, each year, this amount could differ.

Orfitelli also provided recent updates about the RETT funds for 2021, which is currently $182,498. He estimated that within a few months, they will reach a quarter million dollars, reaching $1 million in four years. “Hopefully, with that money, we’ll be able to come up with a way of applying those funds to incentivize the homeowners that have historic properties to participate in the designation process.” There is no deadline to spend the RETT funds, but the sooner projects and plans start to move into motion, the better.

There was talk during the meeting about a new roof being built on 46 Libertyville Road, deemed a local historic landmark. The owner of the house, Katherine Schulten, hired an architect, James Reynolds, to help her decide what type of roof would be best for this house. However, Reynolds has not reached out yet to discuss these plans. Once everything is discussed and more set in stone, there will be a meeting to review the plans and meet with the architect on how to move forward.

The board also wants to let the community know of a publication on its Facebook site as well as the board town site about the Josiah P. LeFevre House and family. DeMark wrote the highlight, while Maley provided a sketched illustration of the house. This highlight is to let people know of the historic house, and the family who lived in it, including Johannes LeFevre who fought in the Civil War. The board is pushing to provide the town with detailed specifics of not only this house but many others like it with tons of historic background to keep the rich history of this town alive.

Katey Johnson is a 23-year-old student attending SUNY New Paltz. She is currently a junior, majoring in journalism, and she aspires to be an entertainment journalist one day. Katey attended Bergen Community College from 2016 to 2019 and was the news editor at the student newspaper for a semester. Prior to that, she was a contributing writer. Katey also interned at the Bergen Record in 2019. She loves music, writing and hiking.

Thu Nov 18 , 2021
Learners of all ages are experiencing a massive upheaval in our education system. From remote classes held on Zoom to socially distanced classrooms, nobody is learning the same way—and some students have checked out entirely. For college students majoring in primary education, this drastic change is more than just a […] 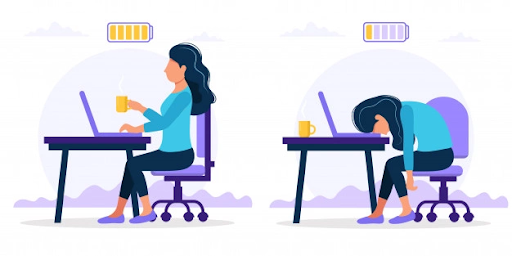