In the midst of two important file-sharing trials, students at SUNY New Paltz are still losing their internet access for illegally sharing files on campus.

Steven Pomoryn, a third-year business major, lost his internet access for two days after he accidentally left BearShare, his peer-to-peer program on, and uploaded “The Dark Knight” to other users online.

“I was aware of the policy,” said Pomoryn. “They tell us every semester.” Pomoryn then had to promise not to share files anymore. He said he figured out how to turn off BearShare, and it should not be a problem again.

SUNY New Paltz’s policy on illegal file sharing is available on the Academic Computing Web site. On the list of prohibited activities, it includes “making unauthorized duplicates of software or other copyrighted material.” It also says the punishment is that any students caught sharing will temporarily lose their internet access. If a student is caught three times, the student will permanently lose internet access. Students with access temporarily removed can still use computer labs to access e-mail and keep up with assignments.

File sharing might be on the way out for more than just SUNY New Paltz students. In addition to the campus crackdown, the Obama administration recently sided with the Recording Industry Association of America (RIAA) in a court case, saying that a copyright holder is entitled to as much as $150,000 per violation, though the RIAA’s website says they no longer plan to file lawsuits against individuals. The defense, however, has been taken up by a team of students from Harvard Law School who say the punishment does not fit the crime.

In addition, a recent trial in Sweden could also make file sharing more difficult for students here in New Paltz. Owners of The Pirate Bay, a BitTorrent tracking Web site, were found guilty of committing copyright infringement. The men have appealed and are calling for a retrial, citing the judge’s membership in the Swedish Association for the Protection of Industrial Property as a conflict of interest. The final outcome of these trials could conceivably determine the legality of file sharing, and possibly lead to slacker or stricter rules for New Paltz students.

Despite the attempts to dissuade students from sharing files, it still happens. First-year student Michael Dellavalle lost his internet use for downloading a movie. He thought the school’s piracy policy was not enforced.

“I downloaded a lot of little stuff, like songs, and they never caught me before,” Dellavalle said. After getting caught, he said, “I had to go on my roommate’s computer to read my mail and do my homework. I was pissed off.”

Dellavalle’s roommate, first-year student Brett Devine complained that having to share his computer was an inconvenience. He also admitted it was his fault that Dellavalle got in trouble, as he asked him to download the movie – “Paul Blart: Mall Cop.”

“I don’t know how to pirate things,” Devine said, “but I wanted to watch the movie because I thought it looked funny.” 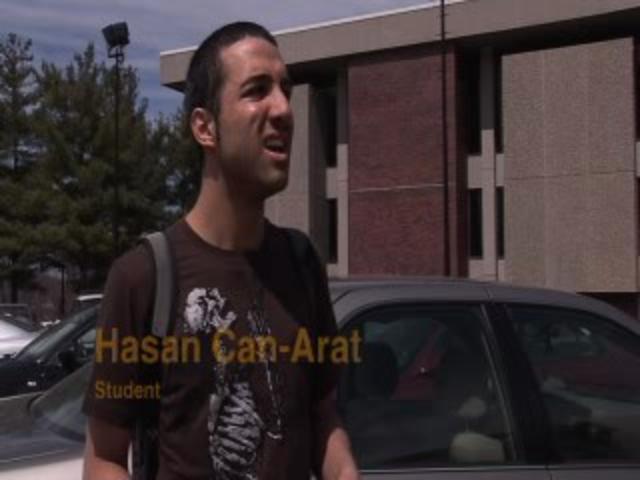