With an increased focus on concussion injuries in professional and collegiate sports, athletic trainers at SUNY New Paltz are closely monitoring and treating their athletes.

All trainers at New Paltz require first-year athletes to complete a standard three-step concussion test. The results become a baseline score to check for future concussions. Called “ImPACT,” or Immediate Post Concussion Assessment and Cognitive Testing, he asks athletes to remember a series of numbers, shapes and words. How an athlete scores on the test is compared to a composite score. If students score below the composite, they fail the test.

Bryan Lurie is the head athletic trainer at SUNY New Paltz, and he has been dealing with student athlete concussions throughout his career.

“The first thing you need to have to diagnose a concussion is a sense of awareness,” Lurie said.

“You have to realize when an athlete gets a head injury even if they think they are fine and that all comes with experience.”—Bryan Lurie, head athletic trainer at SUNY New Paltz

According to a study by the NCAA, the sports that received the most concussions during the academic year starting in 2009 and ending in 2014 were: women’s soccer, football, both men’s and women’s ice hockey and wrestling. The study shows athletes suffered an average of 10,500 diagnosed concussions per year over the past five years.

At SUNY New Paltz, Lurie and his staff are responsible for just under 300 student athletes. Roughly 53 percent are women while 47 percent are men.

He said that student athletes received seven concussions between the fall of 2016 and February 2017, and nine concussions during the previous school year.

Athletic trainers prevent a lot of student athletes from continuing to play after getting a concussion. They are trained to recognize concussions and to follow NCAA protocol and by running tests for the athletes to diagnose and treat a concussion.

According to the NCAA Concussion protocol, if the athletic trainers see a possible concussion they need to remove the athlete immediately from competition or practice.

Following the initial diagnosis, the athlete must take the concussion test they took as a freshman to see if he or she scores below their previous score. If they pass they are allowed to return to play. If they fail they retake the test every week until the test is passed Finally, they must retake the test six months after the injury to see if the concussion had any prolonging effects.

Sam Eberle, a junior who played field hockey her first two seasons at SUNY New Paltz, suffered a severe concussion in the first round of the NCAA tournament against Simmons College during the the 2014-2015 academic year. During the game Eberle received a blow to her head when the ball ricocheted off her stick.

What followed was a series of starts and stops to her participation during the last semester of her field hockey career. In that time Eberle would return to the field when she felt healthy, and was retested for a concussion when symptoms returned. Eberle would visit a neurologist twice before she was ultimately instructed to stop playing field hockey.

When the events drew to a close, Eberle said she was sleeping for half of the day.

SUNY New Paltz does not have a football, wrestling, or hockey team, the sports that statistically receive the most concussions. Instead, most concussions happen in soccer, field hockey, lacrosse and basketball, Lurie said.

Student athletes like Sam Eberle are rare examples of the long-lasting effects of a concussion. If the athletic trainers treat a concussion carefully and take all precautions before clearing the athlete to play, concussions are usually an easy injury to recover from.

Wed Apr 19 , 2017
SUNY New Paltz is a place that prides itself on diversity, striving to include people of all backgrounds on its campus. However, despite such dedication to multiculturalism, the College does have some noticeable homogeneity. On the whole, the student population is comprised of various strains of Long Islanders, a large […] 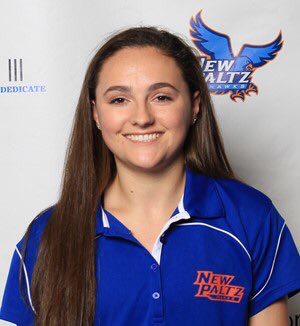