SUNY New Paltz is a place that prides itself on diversity, striving to include people of all backgrounds on its campus. However, despite such dedication to multiculturalism, the College does have some noticeable homogeneity. On the whole, the student population is comprised of various strains of Long Islanders, a large contingency from New York City and some New Jersey exiles. So how did Sandi Harris, a first-year business major originally from Georgetown, Texas, wind up in the Hudson Valley?

“The basketball program was my main priority, I wanted to be a part of a great team that I would also get along with,” Harris said. “The campus is really pretty and in a great location. It’s close enough to [New York City] so I could visit if I wanted, but it’s also near a lot of hiking and other outdoor activities which I enjoy a lot.”

Harris said that she had looked at a number of universities in Texas, but none of them really seemed to fit like SUNY New Paltz. Additionally, most of the other schools in Texas had people she already knew from high school attending them. Seeking a “totally new experience,” Harris looked outside the Lone Star State and wound up at the exit 18 corridor of the New York State Thruway.

And in spite what some on the East Coast might presume, Georgetown is not some dusty outpost in the Wild West. The city sits roughly 30 miles north of Austin, the state capital, with an estimated population of 63,716, a third of whom are retirees. It’s the hometown of Green Bay Packers kicker Mason Crosby, former Major League Baseball player Ryan Ludwick and most notably, Hall of Fame pitcher Nolan Ryan. Harris said that while Georgetown is considerably larger than New Paltz, it still maintains a “small town vibe.”

“When you go to the grocery store or a restaurant you always see someone you know,” she said. “Friday night high school football is everything during [the fall]. It was a great place to grow up because we went from elementary school all the way through high school with a lot of the same kids.”

When Harris arrived on campus during Fall 2016, she joined the women’s basketball team, who were the defending SUNYAC conference champions. In what was supposed to be a rebuilding year, the team defied expectations by going 18-8 in the regular season, upsetting SUNY Geneseo for the SUNYAC conference title as well as advancing to the program’s first ever Sweet 16 appearance in the NCAA Division III Tournament.

Donning the number 20, Harris was the only member of the team from outside New York State. She played in every game except for one and started every game during the second half of the season. Playing as a guard, Harris averaged 4.9 points and 2.2 rebounds per game. Her best performance came against Buffalo State, where she scored 15 points, all of them as three-pointers. In the same game, she chalked up three assists and a block. Harris said she was satisfied with her rookie campaign, giving it an “A” grade. “My first year on the basketball team was amazing, I have enjoyed getting to become close to my teammates and coaches so much,” she said. “We all get along so well. It’s a lot of fun to play with these girls. We didn’t start out in the best place as a team, but with a lot of very hard and time-consuming work, we put the pieces together to become successful.”

Looking forward to next season, Harris is excited by her team’s potential. Despite having three graduating seniors, she thinks that once those positions get filled, the team can work towards getting even better. Regardless of the wins and losses, Harris said she’s thankful for the role basketball has played in her development.

“It’s really helped shape who I am today,” she said. “I owe so much of what I’ve accomplished to my coaches and the programs that I’ve been a part of. Most of all, they’ve taught me physical and mental toughness, which is something that goes very far in life.”

Off the court, Harris keeps herself busy with all that New Paltz has to offer academically and socially. She’s a general business major, citing the versatility of the degree and the opportunity to do any kind of work when she graduates. Harris added that she has always been attracted to the idea of starting her own business.

“After I graduate from [SUNY] New Paltz, I hope to get into a successful career that I thoroughly enjoy and care about,” she said. “I hope to create the opportunity for myself to be able to travel abroad and gain more incredible experiences.”

In her free time, she enjoys outdoor activities like swimming and hiking, as well as going on spontaneous road trips. And despite admitting that she’s not a very talented cook or artist, she pursues both as newfound interests while at school. Regarding the local cuisine, Harris said that nothing beats the Tex-Mex dining from back home. She added that New York State is noticeably colder from Texas, but also different in terms of slang, accents, attitudes and music.

Tue Apr 25 , 2017
This story first appeared in The New Paltz Oracle and was re-packaged for The Little Rebellion with permission. Featured image used under Creative Commons via commons.wikipedia.org. Teaching at New Paltz Creative writer Owen King has lived in the New Paltz area for almost 10 years. This semester, as the English […] 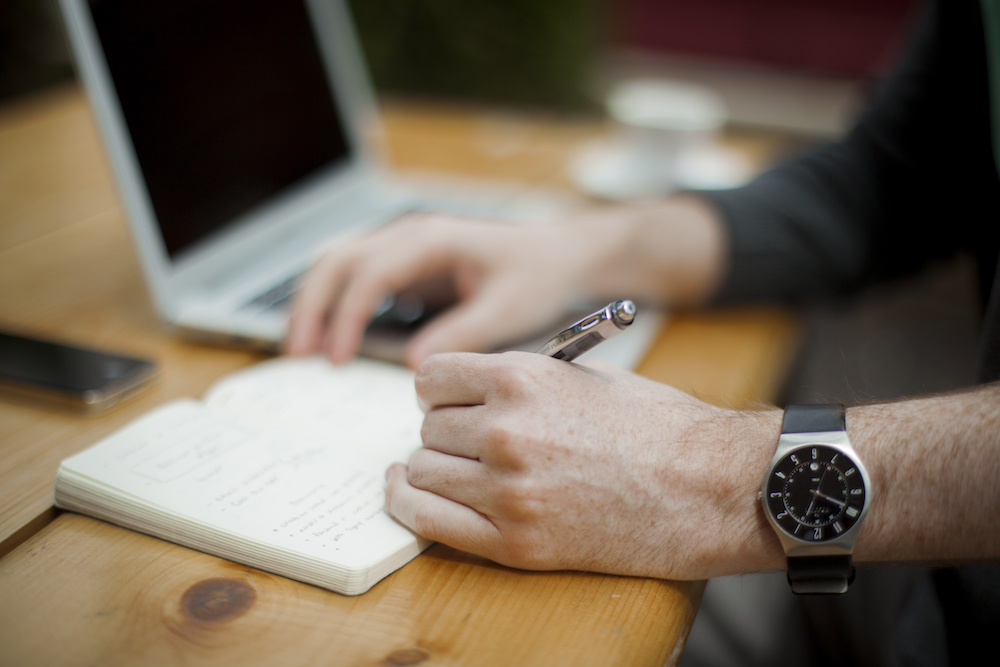