Edited and Packaged by Emily Fego.

Throughout Victoria Treto’s high school journey, she watched the construction of Science Hall on the SUNY New Paltz campus. Treto dreamed of getting accepted and having the opportunity to use the brand new classrooms and advanced tools that the new building had to offer. As a current fourth-year geology student at the college, she can now spend time studying in the 77,000-square-foot building complete with modern classrooms, study spaces and even fossils inlaid in the lobby floors.

Another fourth-year SUNY New Paltz student, Sophie Goldberg, described the classrooms in the Humanities Building as cramped with no elbow room. As a sociology major, her classes typically arrange desks into circles to facilitate discussion. At times, the arrangement blocks the doorway to get in or out of the classroom. Students also struggle to see technology from the back row and professors must squeeze to navigate around the tight corners of the room. As a student who spends the bulk of her time in this building, Goldberg put it simply, “There is no space to move at all.”

Treto is enrolled in the School of Science and Engineering, a department with 1,079 students and more than 80,000 square feet of academic space. The College of Liberal Arts and Sciences, which is home to Goldberg’s major, has 2,322 students — more than double the enrollment — but half the volume of resources.

Some liberal arts students have expressed that as the amount of space dedicated to STEM grows, they’re left far behind.

Goldberg cherishes the liberal arts, but she acknowledged a difference, to her, in resources available to her classmates. She said STEM students “have the math lab and AC² [a resource that is meant to aid STEM students and increase the number of economically disadvantaged and underrepresented students who earn degrees in the sciences] whereas we have our advisor and the computer lab, the basic resources for every student.”

Goldberg is also campus tour guide for prospective students. During her strolls around campus, she gets to learn more about the resources available to STEM students by exploring Science Hall and presenting the Engineering Hub. She said that she still discovers new luxuries of Science Hall and says to herself, “Oh, wow.”

After using the advanced technology in Science Hall, like the brand new scanning electron microscope, Treto explained that the building exceeded all of her expectations. With enrollment growth at SUNY New Paltz, Treto firmly believed that new buildings for science, technology, engineering and mathematics students were necessary.

“I am aware of many engineering and mathematics courses that used to meet in trailers. The college’s focus has historically been on education and art students so this shift in new buildings and technology for those in STEM is absolutely warranted,” said Treto. “STEM students often conduct research with money and tools provided by grants, sponsors or the school itself whereas liberal arts students don’t require the same expensive materials to facilitate their work.”

Cheyenne Rinehart: The Short End of the STEM Stick

A recent SUNY New Paltz graduate, Cheyenne Rinehart, studied organismal/environmental biology, evolution and  psychology. She was among the science students who have never had a class in Science Hall. In fact, Rinehart had only been in the building once. Biology is the one practical science that is still housed in Coykendall Science Building which was last renovated in 1997.

Rinehart said she wanted equal resources for all students and believed that with a balance of funding, no major would have to deal with a run-down or over-crowded building.

“Social sciences are imperative in our understanding of human societies and interactions. Our whole society is not purely logical science, math, and engineering. We are complex beings and if all areas of academics are equally funded, I think that as a whole, we will progress much further than we would if we were dumping money exclusively into just STEM programs or just liberal arts,” said Rinehart.

Why Such a Focus on New STEM Buildings?

Just next door to Science Hall is the $10 million Engineering Innovation Hub, which was funded by Governor Andrew Cuomo through a grant program.

The buildings attest to a dramatic interest in science, technology, engineering and mathematics since 2005. According to the National Center for Education Statistics, a bachelor’s degree in engineering increased by 48,799 from 2005 to 2017. According to SUNY New Paltz Institutional Research, enrollment in the School of Science and Engineering went from 748 in 2013 to 1,079 in 2019.

Dean of the School of Science and Engineering Daniel Freedman has personally been a witness to this rapid influx of engineering students.

“Since I started as dean 10 years ago, enrollment in the school [Science and Engineering] has risen from 650 undergraduates to 1050 or so. So, it almost doubled in size,” said Freedman.

Do the Trends Matter?

While the STEM enrollment increase was happening, enrollment in the College of Liberal Arts and Sciences remained the same. Trends showed that the number of undergraduate students in 2013 was 2,298 and seven years later, it is 2,207. Though the change isn’t as drastic as the School of Science and Engineering, it shows that liberal arts has always had more than double the majors as STEM has.

The 2019 Space Needs Assessment Plan stated that the School of Science and Engineering is one of two departments that requires the most significant space per student due to technology and equipment needs. Though liberal arts students don’t need laboratories or microscopes, there are departments within the college that use advanced technology such as DSLR cameras and new computers for research and utilizing advanced editing softwares.

“I think it’s a general trend across America. Whether it’s a liberal arts school, state school or private school, everyone is pushing STEM,” Goldberg said.

In terms of space, New Paltz is the most under-resourced school  in the SUNY system, according to the 2019 New Paltz Space Needs Assessment Plan. The plan states that SUNY New Paltz has “less than half the nonresidential space per student of a SUNY Purchase or a SUNY Potsdam.”

According to the plan, to get anywhere near the square footage of other schools, SUNY New Paltz would require 900,000 additional gross square feet or an expansion of the college by 75 percent.

John Shupe, assistant vice president of Facilities Management, said that because of space limitations, all SUNY New Paltz students should use all of the campuses’ space and resources as long as they aren’t disturbing others. For instance, if there is an open classroom in Science Hall, anyone can take advantage of this space for academic purposes.

Can All Majors Coexist?

“When we design our space, we try to make it as flexible as possible,” Shupe said. He believes that all of the departments coincide and that the issue of capacity is campus-wide.

Stella Deen, associate professor of English at SUNY New Paltz said the two schools mesh together. She described the rise in science, technology, engineering and mathematics as a positive.

“Many STEM fields are equipping students to bring big human questions to grapple with the scientific and ethical issues they raise,” Deen said. “The contributions of humanities, which critique power and which foster passion and tolerance cultural knowledge and analytical skills , are absolutely compatible with STEM.”

According to Deen, the sciences and humanities are friends rather than foes.

Gillian Hamilton explores the benefits and stipulations that come alongside tiny home living through a Q&A with researcher Dr. Maria Saxon.

Jessica Barr dives into the dangers of cyber stalking and how to handle it.

Taylor Dowd provides insight on hunger relief organizations in New Paltz and Ulster and how they’re managing during the pandemic.

Emma Cariello explores the niche appeal the A24 film studio brings to young moviegoers and what makes their works so iconic.

Thu Dec 3 , 2020
Edited and packaged by Hannah Wright. Heather Renee became a single mom at 18. She was told that she would never provide for her daughter. She was told that her life would become nothing more than a statistic.  Instead of succumbing to that mindset, Heather created a brand and life […] 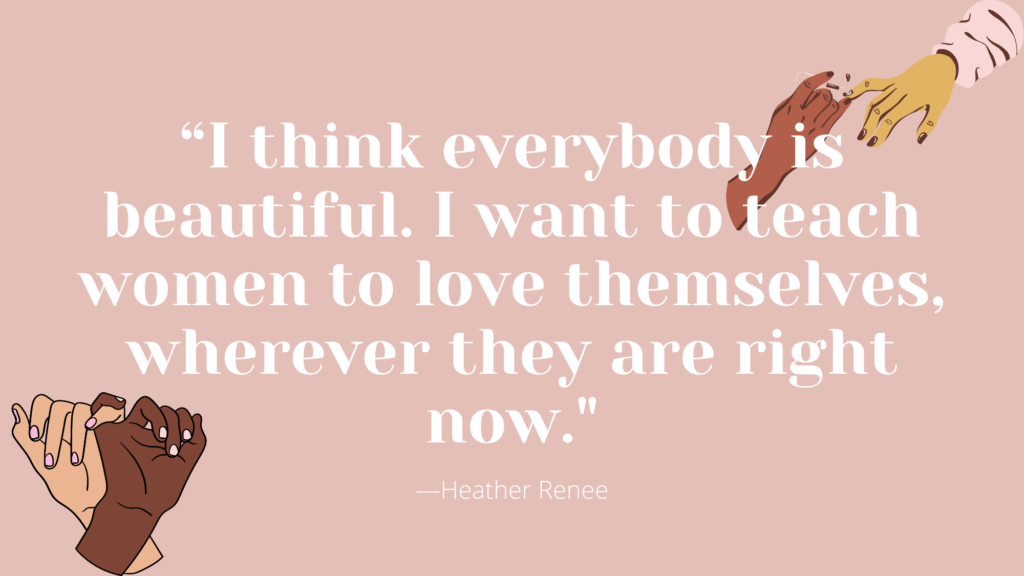