Edited and packaged by Hannah Wright.

Instead of succumbing to that mindset, Heather created a brand and life for herself that not only supported her child but empowered women to be themselves as well.

“As a business owner, I would describe myself as somebody who wants to show women the way that I see them because I look at every woman and every body type the same,” said Heather. “I think everybody is beautiful. I want to teach women to love themselves, wherever they are right now.”

Boudoir photography is a genre of art that specializes in bodies placed in sensual, intimate spaces. Heather uses a studio space in Schenectady, NY along with props and a team of hair and makeup artists to create a unique experience for each of her clients.

The session isn’t as simple as just showing up to the studio, however. Heather identifies as an artist first and foremost, and she frames out each woman’s experience to make sure it is positive and empowering. Her art is found in the craft of posing and styling these individuals and giving them a space to feel truly in love with their bodies. She describes her style as sultry and moody but inspiring as well.

Each session starts with an unpacking of the client’s lingerie and props if they have any. Then Heather goes through and decides if any of her closet items will also work for the woman. Usually, clients have between four and five different outfit changes. Once that is out of the way, they move on to hair and makeup for about an hour and a half.

With the client prepped and ready, the photo session begins. According to Heather, most women are so nervous to be vulnerable and on display, but lessening their anxiety is easier if they have gotten to know each other beforehand.

“Although it looks like such a sexy experience, in between all those sexy photos are lots of laughs,” said Heather. “So I would just say being myself with them and laughing with them helps ease that initial awkwardness.”

One of the most important things that Heather expressed about boudoir sessions was their ability to change lives.

“So I’ve always wanted to work for a purpose,” she said. “People love their family photos, right? They love their wedding photos. But I just captured that moment. I didn’t change the way they walked or felt or spoke to themselves.”

Along with boudoir sessions and running a household, Heather also organizes a fundraiser event every summer called the EveryBODY Campaign. It is a donation-only event where women are encouraged to wear a black bathing suit so they can see that their body is unique and beautiful. According to Heather, even if someone can only afford $1 they don’t have to be embarrassed.

The women all get personal photos in the same pose, as well as a group shot of every single person who showed up to the event in their black swimwear.

All proceeds from the event go toward a charity of her choice. Though this year’s EveryBODY event held in August was a bit different due to COVID restrictions, the turnout was still significant.

“I’m able to provide them with a photo and teach them all about self-love, without even getting the chance really to speak to them all individually. So many women can come together for the same thing,” said Heather.

How does she keep the positive energy going? Even if one can’t afford a session, Heather runs an online group where women are empowered to share their stories and photos amongst one another in a safe space. Boudoir sessions can range from $300 to $700, with albums and prints sometimes an additional fee.

“I think the most important thing that I’ve learned is that self-love is a journey,”  explained Heather when asked about her role in the group. “And even on the hard days, we can come out of those down moments with other people that are supporting us. So as much as women think that I support them, their experiences are supporting me as well.”

Showing off her art is a bit more risque since the photos can be quite personal for women. Heather makes sure to ask what each of her clients is comfortable with sharing before posting to social media or publishing to a gallery. There are four different options, with the most extreme being no publicity and the least being no restrictions on sharing.

Heather’s company, Brunette Black and White was also affected by the coronavirus pandemic that hit small businesses hard across the country. After being closed for months, Heather said she started to doubt if she could reopen or if her business would fail. She had worked her whole life to create a successful business and support her family, but the insecurities she faced growing up all rose to the surface during this global pandemic.

“I would have to say that that’s my proudest moment of the year: surviving a pandemic as a small business, because I do know that there’s a ton of small businesses that didn’t come out on the other end,” Heather said.

Oh, and the way she gets all this incredible work done? “Something with a double shot of espresso. Lots of caffeine,” she joked.

In future years Heather hopes to create a larger studio space and build a larger outreach in the Capital Region and Schoharie County. But one of the most important things to her is teaching her two daughters to embrace their bodies and love who they have become. The best way for her to do that is through boudoir.

“It’s just changing the way people think about themselves,” Heather concluded. “It’s hard promoting self-love and promoting women’s empowerment. There’s always someone who thinks posting a picture of your body is disrespectful, is inappropriate. It’s important to me because I want people to be able to celebrate themselves. If we’re not celebrating ourselves, then who are we celebrating?”

To read more about local artists, check out these articles:

Shyana Fisher is a fourth-year journalism major and creative writing minor from Worcester, New York. She enjoys watching films and writing about tourism and entertainment. After graduating, she hopes to work for the Walt Disney Company to spread positivity and magic.

The Hudson Valley Comes Together Right Now Over Music

Thu Dec 3 , 2020
Edited and packaged by Norma Brickner It would be an understatement to say the Hudson Valley community misses the lively evenings local artists provided. An art show or a band playing in the area raised peoples’ spirits in the Hudson Valley almost every weekend. The COVID-19 pandemic is greatly affecting […] 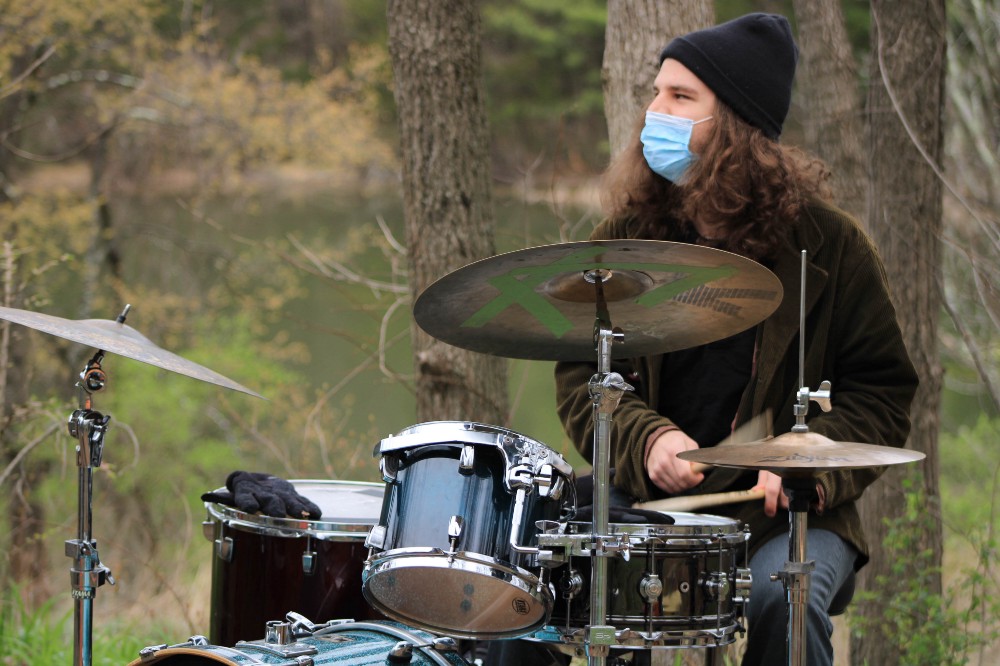