Why do we join clubs? Some students do it because of a specific interest, such as a sport, activism, gaming, or just to practice a hobby. Students also join clubs and campus organizations to socialize with people who share a common interest. Clubs may make up entire social circles or even the majority of your friends because people who enjoy weaving macramé together may also enjoy sipping their special hot cocoa recipe together. Since making friends is the basis of campus clubs what can we say about a club whose only purpose is to create friends and a social circle?

Well, that’s what the Anti-Social Interaction Club does. It aims specifically to allow individuals who might be a little more withdrawn or shy a place to feel more accepted.

“It sounded like lowered expectations,” said Rachael Labore, a 20-year-old anthropology major. “I have Asperger’s; so I don’t have to work as hard and there’s less judgment.”

As far as the small handful of members are concerned, the one hour a week they spend in the SUB is a time they can really socialize.

Sam Thomaier, the third-year graphic design major, is one of the more quiet of the already quiet bunch who got into the club once someone told her about it.

“I don’t know-I just couldn’t make a lot of friends,” she explains. “I wanted to find other anti-social people.”

Being “anti-social” seems to be the unifying characteristic to this club. Upon entering the room, member Chris Manoharon, a fourth-year classic performance major, asks, “Are we being interviewed?”

“Are they social people?”

“Alright, I’m leaving,” Manoharon says humorously as he turns out of the room.

The group has built comfort in identifying themselves as outsiders. They found pride in their own uniqueness.

“People who say anti-social people are mean are generally a——-,” said Eric Rosenburg, a second year visual arts major and founder of the club.

Rosenburg says that he decided to start the club because he wanted a place for anti-social people to come and be, well, social. In his humorously excited tone, he describes the club as “so epic that we don’t do anything.” And besides telling jokes and goofing around, like any other group of friends would, that’s what they do.

Like many other clubs, they are connected by their common interest. They describe themselves as “linked,” and see past any strange comment or humor by accepting the person without judgment.

But Rosenburg doesn’t think that there will be anyone confident enough in the anti-social interaction club to take over when he graduates.

How I Got to New Paltz: The Teacher 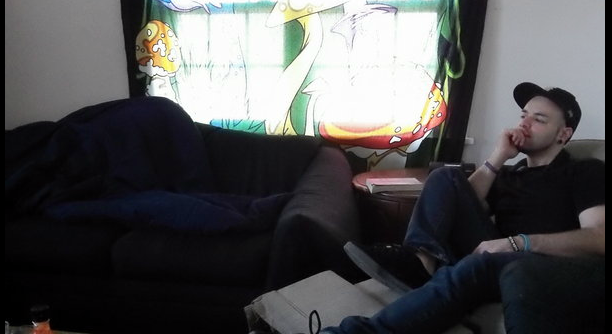