Paul Chapman reflects on his love for art, a lifelong passion that he only revisited recently.

Paul Chapman has always had a love and natural talent for art. But he didn’t pursue a full-time freelance artist career until after he retired from being an art teacher and the chairman of his high school’s art department. Though he was a great teacher and waited a long time to focus on what he wanted to do, he wouldn’t change a thing. Now he continues to pursue his love of art and enhance his talent by entering contests and doing shows, such as the Golden Age of New Paltz.

How did you get involved in art?

Generally, I think people follow the path of least resistance. When I was a kid, a thing that I did best, most consistently, was draw. I got a lot of positive feedback for that and people would always say, “Why don’t you do more of it?”. Then of course my head would slam shut because I was rebellious and didn’t want to. But left to my own devices, that’s what I would fall back on.

Was there one moment in your life where you realized you loved art?

I don’t think that actually happened until recently. I’m trying to be as honest as I can. At one point in my life, I was an excellent art teacher. I taught from first grade all the way up to 12th grade. And while I was there, art grew. A ton of my students are now my friends on Facebook, and many of them have gone into art endeavors, whether it’s digital art or teaching art or a small business for themselves. I was very good at what I did. But the emotional response, that attachment, I don’t think that started until after I retired and started consistently making art pieces or paintings.

Do you think you missed out on anything by waiting so long to pursue your art?

I do indeed. When I started doing the art thing, I did that well.  Then, I would try something new, like a show, and nothing happened. So you try to get a show, and nothing happens, you get a lot of rejections. Then, after a while you start getting accepted, you start getting your pictures in books and magazines, you win national contests, you get into a national or international show and so on. What if I had started with my art full time? Maybe I would actually be making money with it. But would I have been married and had the same children that I have? I always hate the “what-ifs.”The “what-ifs” are a complete utter waste of time because that’s not what happened. All you can say, in retrospect, is that I might have been able to pursue it sooner. And I know I would not have done that, because in real life, I did not do that.

What was the best part about getting back into creating art?

You are just so immersed in what you do. I still don’t know how I do what I do. The sense of honor, the sense of right and not right. For me, it’s about reality.

What has been your favorite part about participating in the Golden Age of New Paltz?

I did appreciate seeing some names that I recognized on the wall. There was always a possibility they might not have been there. The nicest thing about it was seeing the artwork, seeing that some people still do continue to create their art.

What is your favorite piece that you put in for the Golden Age of New Paltz?

I have to say it’s the large blue one. I had two naked lady ones. But the blue one is just wrinkled tin foil. It was something I wanted to do, worked very hard at it and got complimented on it by having it be in so many shows and winning a couple of prizes. It is also something that came from my mind when I was more secure in my abilities.

Were you able to learn anything from other artists in the show?

Not so much from the other artists in the show, but from the other artists that you wind up working with. You don’t have to talk to anybody. But visually you pick up a ton of stuff. It’s a totally educational experience for me. When I go to an opening it’s like I’m going to a reading. I’m reading edges, and colors, and technique and all that kind of stuff.

Thu Dec 6 , 2018
Written by Danny Campbell Edited and packaged by The Little Rebellion  Students in Professor Lindsay Lennon’s Feature Writing class were assigned interviews with SUNY New Paltz alumni who were featured in Wired Gallery’s “Golden Age of New Paltz” exhibition. Here’s what they found: Ed Samuels has seen it all. Growing […] 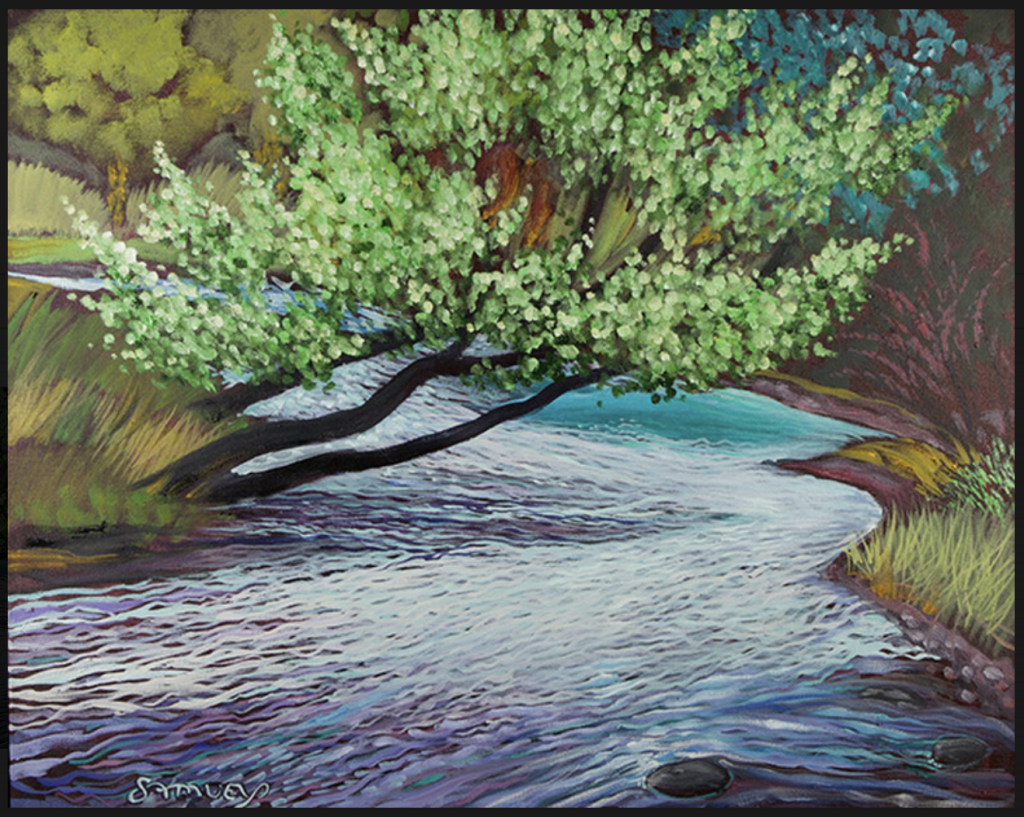