Sarah Hartstein speaks about her band and growing as a young woman in music.

Sarah Hartstein has always written songs. She sang in her car, with her mother, and remembers
being in her first house when she was a little girl trying to write a song at the kitchen table using
random words, trying to find a connection in them through rhyme. Up until a year ago, she had
been looking for people to play music and connect with. “I could never really find someone that wasn’t a creep, and that actually wanted to work together. It was always ‘yeah, let’s hang out’
and then we never would or things would be weird.”

A year ago, she was connected to drummer Johnny Lu, 30, through friends. They got along, it
clicked seamlessly, and they started to write songs. Lu had a friend, jazz guitarist Nick
Pappalardo, 27. Hartstein happily agreed to bring him in. Her brother, Jessie Hartstein, 25, filled
the bass guitar role, leading to their first show under the name Monarch to be booked in
November of 2021.

Roughly, what are your favorite genres and artists?

I am definitely an indie slut – I love sad girl music. I know the weather definitely changes what I
want to listen to. Now is the time of the year for Elliott Smith and Phoebe Bridgers – things that
make you feel warm but also really sad. I love that. It’s weirdly comforting. I write about love, heartbreak, and all of the things in between. Sad stuff, but also good stuff.

When people ask what genre Monarch is, I would say indie pop. Finding our sound has been
hard. With so many things I love, I don’t know the exact realm I want to dive into. I don’t think
you really have to pick. There’s no rules.

What is one struggle you’ve had in Monarch?

Managing. It’s super difficult because we’re all over the place in life. I’m always so ahead of myself, managing our social media, booking a million shows, throwing it all out there trying to achieve what I see in bands that have ten years of experience, while we only have one. I have to tell myself: ‘Slow the fuck down, you have time.’

As a woman in music, do you feel you have to work harder to be respected or to climb the ladder?

There’s always going to be some weirdos and creeps who take advantage. Yes. Now is a good time to be a woman in music. It’s a good time for women in music to say ‘fuck you, we’re doing this shit.’

Do you feel any lack of community for female musicians?

I feel like all of the main acts that are constantly playing are white cis males. But if I’m on a bill and I see any female musician I get really excited. I do see myself recognizing that because I don’t see much of it.

What do you attribute that to? Why does it seem to be only white cis men in bands?

Not everyone has the privilege. I live at home, I commute, and I’m broke. All of the student loan refund money went into practice space money. You have to take time away that you could be working, and spend money to get to the gig.

Are there any comments you receive at shows that make you uncomfortable?

I try to stay in my own head at shows, because I’m here, and I love this. It’s a weird line between a performance and a show. I’m not putting on this performance to turn you on or for you to look at. I’m showing you this talent that I’m proud of and that I’ve created and love.

We played a show at this brewery, and this guy says, ‘So who are you dating in the band?’ I was so confused. Why would I have to be dating any of these people? Are bands just made of girlfriends/boyfriends? So now their complimenting me is eliminated and I see they’re just trying to get with me. Now I’m just an object to you.

There was also this one account comment on Instagram: ‘Not bad for a fat girl.’ I know I’m not fat so it’s funny to me, but if someone was really sensitive that could be awful.

What do you wish people knew about female performers and what do you want people to change?

Seeing the talent behind the person rather than their gender is most important. I want people to know that we have a lot to say. We have a lot to display emotionally and we have so much that we can do. I will wear outfits I feel sexy in, but I don’t want to be seen as just that. I want you to like my music. I don’t want to be just someone that’s pretty in a band. I want you to really listen, to hear the lyrics, and take it all in.

It would be really cool to have women festivals. There are little things happening like that, but I mean something as big as Warped Tour. I want safety for women. Not that we need to be protected, but making things feel safe for women in general.

What is your advice for any women musicians in the world?

Just fucking do it. If you have an idea you want to push, you need to do it. Try to network but don’t rely on other people because sometimes they won’t have the same passions or vision that you do. Don’t hold back, don’t feel weird. Push yourself as far as you can go. I feel like women are supposed to be respectful and quiet, but I want to be loud and annoying and blatant and have no filter, and not be ridiculed as a bitch for speaking my mind.

'My Mom Almost Died. I Was Terrified and Alone.'

Thu Oct 20 , 2022
COVID-19 made college life extremely difficult for students in 2020. For AJ Lando, it was merely the rotten cherry on top of the neglected, fly-infested sundae that had become her life. While most college students spent their time in quarantine studying or maintaining some semblance of a social life, AJ […] 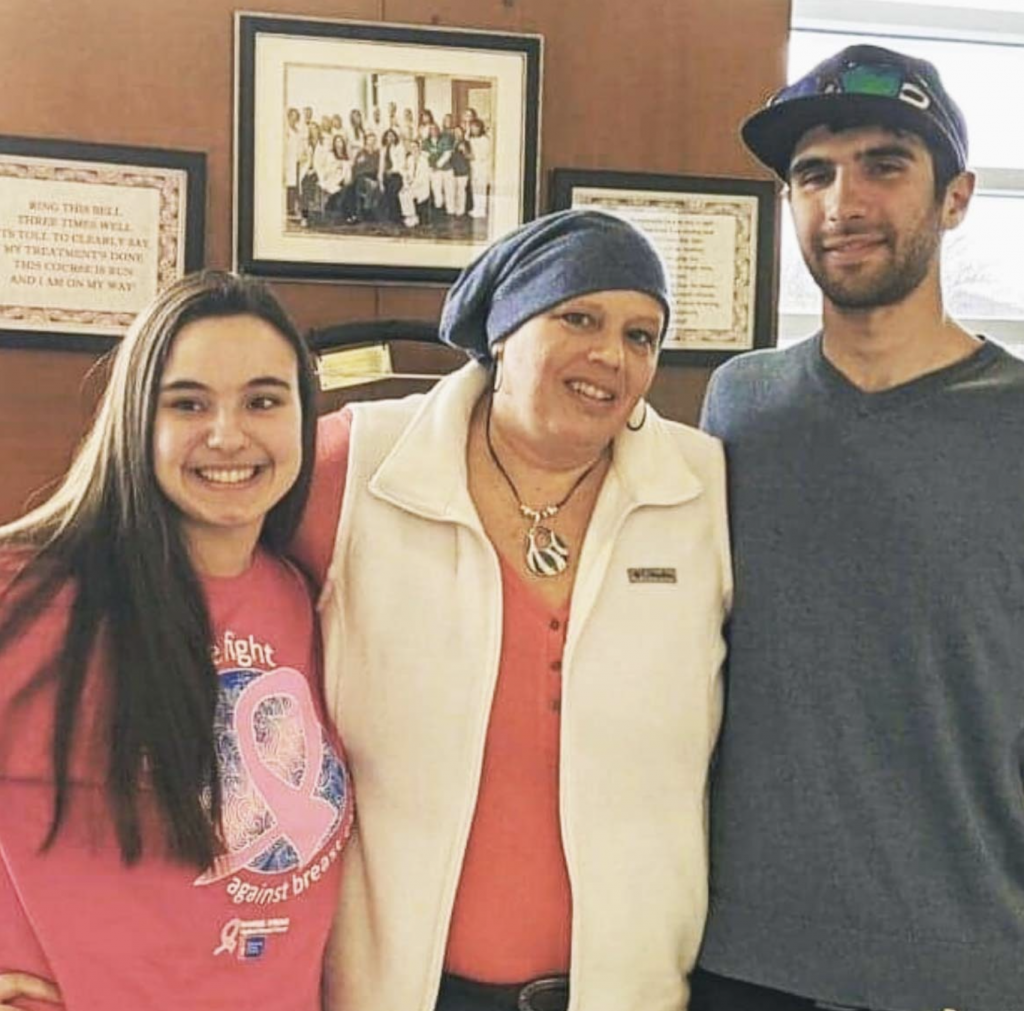