Co-existence with coyotes can get ugly. Coyote Ugly.

Coyotes have become accustomed to living among humans in suburbia, frustrating locals with attacks on their pets and livestock. Although coyote attacks have been rare in the past,  recent events have raised concerns about the coyote’s numbers and their habituation with humans.

“Coyotes are here to stay, and we have to learn to live with them,” Dr. Paul Curtis, a wildlife specialist at Cornell University, said.

James O’Connell, a 57-year-old EMT and resident of Olivebridge, N.Y. recently lost nine of his 12 chickens to coyotes that infiltrated the coop on his small family farm two weeks ago. Using his past hunting and trapping experience, he ascertained that the tracks imprinted in the snow pointed to a family of three coyotes.

“I woke up in the middle of the night from a strange noise coming from outside. It sounded like my chickens, but I figured they were just laying an egg, they always make noises when they do, so I didn’t bother to check on them until the morning…which was a big mistake on my part,” O’Connell said.

Although livestock kills do happen, they are not all that common in New York State, said Curtis. Instead of the coyote’s proximity to humans making them more aggressive, the highly adaptable species has become has become habituated to the presence of people.

According to Mark Charpentier, Region 3 Director of the New York State Trappers Association, the more coyotes that breed and raise their pups in suburban areas, the more accustomed the coyotes become to humans.

“If you as a pup were born underneath someone’s deck in a suburban area and you’ve been running around there growing up, you’re going to be more used to humans. I wouldn’t say that they’re more aggressive; I think they have become more comfortable. By that I mean that they may not associate danger with snatching a poodle off the deck as saying if they were out in the woods grabbing a rabbit,” Charpentier said.

“When I heard a commotion, there were a few coyotes running around the coop,” she said. “After that, I used chicken wire to completely enclose the chickens area, and still the coyotes got into the coop. I have since decided having the poultry is too much to handle and I spend too much time worrying about the animals at night.”

Komenda is a veterinarian tech assistant at an animal hospital in Hyde Park, N.Y. where she says people are bringing in cats and dogs being attacked by coyotes more frequently.

Komenda admitted to leaving cat food outside on her deck, which according to Curtis, can facilitate coyote habituation and lead to conflicts. The wildlife specialist stated that an increase in daytime sightings of coyotes usually is an indication of potential habituation to people, and their territorial nature insinuates them to kill pets and livestock in their “home range” if given the chance.

However, according to Curtis, it is rare for coyotes to take housecats. In a Cornell study that examined over 500 coyote “scats,” or droppings, only 3 specimens contained hairs from house cats. “They tend to stay away from cats for the most part, probably because cats have teeth and claws, but my cat wasn’t so lucky,” Komenda said.

O’Connell, along with 1285 others, signed a petition sponsored by the Members of the Coyote Master Forums asking the New York State Department of Environmental Conservation to consider lengthening the hunting/trapping season for coyotes, perhaps extending it throughout the entire year.

The document states, “We the residents of NYS feel that with the great increase in the coyote population and recent articles in the media that deal with aggressive coyotes against humans and their pets, it is time to reconsider the hunting season to help control the rising population.”

However, extending the hunting/trapping season may not be the solution in controlling the population, which ranges from about 20,000 to 30,000 in the state.

According to Charpentier, who claims that the population has been controlled within the past decade, a year-long season wouldn’t affect the population unless very strong predator-control measures were put in place. “Anytime the hunters/trappers were to start slacking, the population would just rebound so quickly that you’d lose everything you did. That being said, you could put seasonal predator control measures in place to help.”

According to the New York State Department of Environmental Conservation, over 60,000 licensed hunters participate in coyote hunting and roughly 3,000 in trapping. Charpentier believes that humans have the ability to maintain the coyotes’ population by methods currently used, such as trapping and hunting. “During the season it functions a balancing tool that is used to maintain less of a fluctuation.”

Dr. Curtis stated that just killing coyotes randomly would have little impact on their numbers or potential conflicts.

Coyotes are also an essential part to the ecosystem and control deer and rodent populations, Komenda added.

“I understand fully the benefits of having the coyotes in the area, however I am finding the amount of coyotes to become an annoyance to day-to-day life,” Komenda said. “Many animal owners have to make changes to adjust for a problem that used to be a rare occurrence.  I work at a farm during the summer and the owner is always telling me about how she has to lock up her sheep during the winter because she now has to worry about the coyotes.”

Whether or not we can control the population, we can prevent Coyote visits in our yards by taking necessary precautions, according to the NYS Wildlife Control. Curtis recommends removing food attractants and keeping an eye on pets when they are outside.

Charpentier closes with a hopeful statement for frustrated locals to reflect on.

“If they continue to co-habituate with us—it doesn’t matter what the species is—you know as humans, you can’t remove yourself from the circle of life. And the fact is that we compete for similar resources, and that’s just how it is….Everybody needs to accept that the coyote is here to stay.”

Thu Mar 13 , 2014
SUNY New Paltz’s Coykendall Science Building (CSB) continues to operate without fire alarms almost six months after they were removed due to malfunctions. New Paltz is relying on ‘volunteer’ fire watches with bullhorns to patrol the CSB 24/7, which has already cost the university $50,000 in overtime. The money is coming out […] 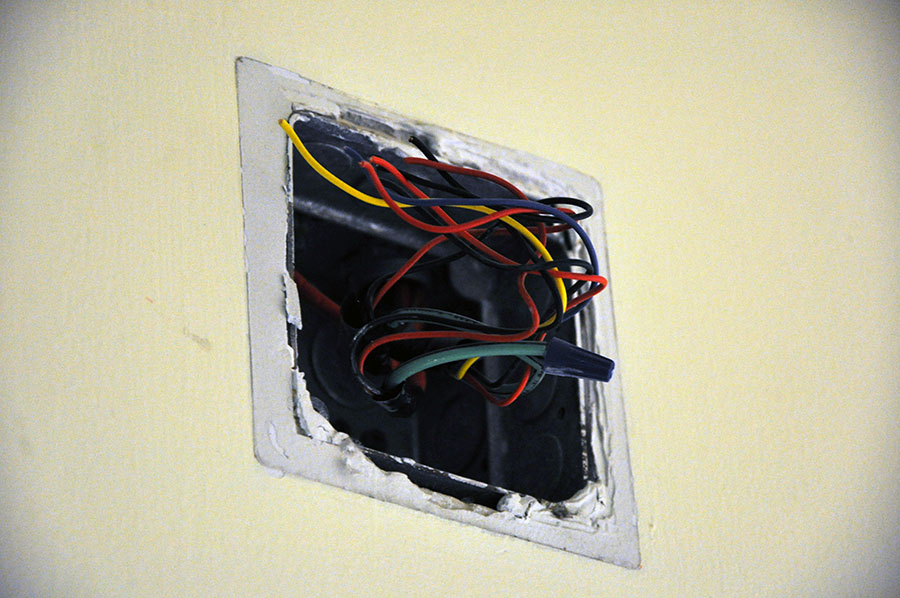