SUNY New Paltz’s Coykendall Science Building (CSB) continues to operate without fire alarms almost six months after they were removed due to malfunctions.

New Paltz is relying on ‘volunteer’ fire watches with bullhorns to patrol the CSB 24/7, which has already cost the university $50,000 in overtime. The money is coming out of a college contingency fund.

Campus Fire Protection Officer Scott Shulte, sent a campus-wide email informing the college of the problem on Sept. 13, 2013. He said he expects the new fire alarms to be installed by April 30 of this year.

However, the CSB still houses many classrooms where students at the university attend classes daily.

“Sounds like we’re in [expletive] colonial times,” Brendan Eegan, an first-year accounting major who isn’t impressed by how the school has handled the issue, said.

With every device in the CSB need of replacement, installing a new fire alarm system will take $375,000 out of the capital budget.

Relying on people to patrol for fires puts the CSB in a potentially unsafe position.

“The biggest problem with a fire watch is that if there’s a fire at the northern west end of the building, and there’s a fire watch at the southern east side of the building, they may not find that fire for 15 minutes,” a local volunteer firefighter from the New Paltz Fire Department said. “A fire alarm system can find people anywhere because it can pick up carbon monoxide that we cannot see or taste.”

Michael G. Malloy, Director of Environmental Health and Safety on Campus, said the alarm system began to fail two years ago when the CSB’s alarms went off without reason, didn’t signal university police, then reset themselves.  Consequently, there was no response to the fire alarms.

After the issue was discovered, the Department of Environmental Health and Safety hired a private company to inspect the system, and a representative said they thought the problem had been solved after switching out some parts that had been leaking.

Malloy said the problem could not be resolved sooner because the project had to get approved by New York State Office of Fire Prevention and Control. He said in cases like this bureaucracy is necessary to make sure the right company installs the system correctly.

According to Malloy, the faulty system was built in 1992.

According to John Shupe, Assistant Vice President of Facilities Management, the College Terrace Restaurant and the Hopfer House still have this same system, and are said to also be replaced in the future.

The private company that was contracted to implement the new system in the CSB is J&J Sass Electric, Inc., which according to statistics from the Occupational Safety & Health Administration (OSHA) had six total violations in 2007, four considered serious.

Many students were not aware of the building’s current condition.

“The building does have sprinklers, which can detect large fires as well so I’m not so worried,” Malloy said.

An email was sent to students notifying them that the system would be down and that there would be fire watches patrolling the building.

Thu Mar 13 , 2014
Anti-war protests broke out in nearly every major city in the U.S. and were practically routine in New York in the days leading up to the Iraqi conflict. Here in the Hudson Valley, one average citizen decided she couldn’t sit back and wait any longer – she had to see […] 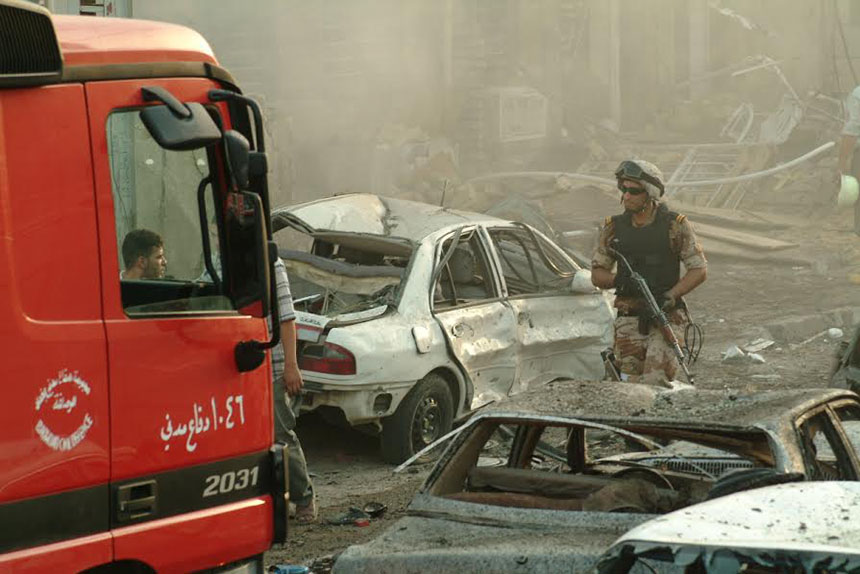